By LS Pioneer News - November 10, 2015
Leading up to the December 4 Mini-THON, Lampeter-Strasburg High School has been having “Diamond Days” to raise awareness for the Four Diamonds Fund, an organization that helps local families and seeks to end childhood cancer.

Tomorrow is Day of Strength: Camo & Military Appreciation. Students should dress in camo and military attire to show their support. For only $1, students may also wear a hat. 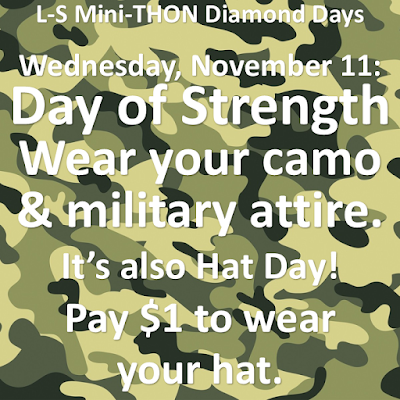 The final Diamond Day is Wednesday, November 18, Day of Honesty: Black and White Theme. There will be a "Wall of Honesty" at lunch. The “wall of honesty” is a large black poster where students can write on in colored pencil something they might not normally say out loud. 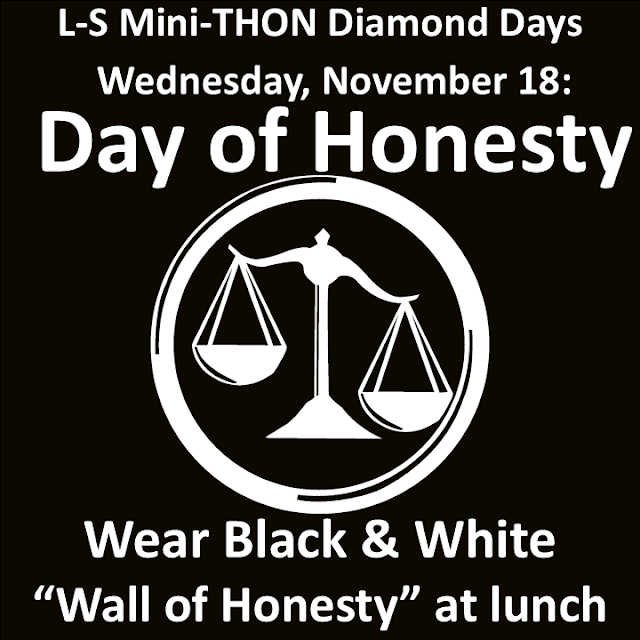 After four Diamond Days, the festivities culminate on Friday, December 4 at 6 pm with the actual LS Mini-THON and ends at 6 am Saturday, December 5.


There is a minimum donation to participate is $30 at the high school level, students are encouraged to use DonorDrive to solicit additional donations. Registration has already begun and remains open until Friday, December 5.

Looking for ways to help with the L-S Mini-THON?
The L-SHS PTO is currently seeking volunteers to help during the event as well as food and drink donations to keep students moving all night long. Sign-up here.