Showing posts from May, 2021
Show all

On Saturday morning, the baseball team took on the Cocalico Eagles in an L-L League quarterfinal matchup. The Pioneers entered the game with a 15-5 record, ending the regular season on a 7-game win streak. The Eagles qualified for the playoffs as the Section 3 runner-up, with a 13-3-1 record prior to the game. The two teams were somewhat familiar with each other, as the Pioneers hosted the Eagles for a scrimmage prior to the start of the regular season. The game was going to be a battle of the aces, with Caleb Guyer and Tristan Current starting on the hill for their respective teams.  Caleb Guyer Pitches in Game at Ephrata (Cynthia Powell) The Pioneers scored two runs in the first inning to start the game off. A single from Gio Malatesta plated Braedon Karpathios, who had doubled earlier in the inning. With two outs in the frame, Isaiah Parido was able to beat out a ground ball hit to shortstop Gerald DeBalko to score Jake Long. From there, the game stalled as both pitchers found their
Read more

These two teams have history. In 2018, the Mountaineers defeated the Pioneers 3 times, including the league championship game. The following season, the Pioneers downed the Mounts twice on their way to both a section and league title. Earlier this season, the Pioneers defeated the Mounts by a score of 4-1 under the lights of War Memorial Stadium. For the Mountaineers, the scenario was simple. A win would grant them a spot in the upcoming league playoffs as the Section 2 runner-up. A loss likely ends their season, barring a loss from Solanco. It was also senior night for the Pioneers, as all 10 seniors were honored before the game.  Giovanni Malatesta in Game vs Ephrata The Mounts got the party started in the first inning, loading the bases before Pioneer hurler Jack Swarr could even get an out. 4-hole hitter Isaiah Hornberger hit a fly ball to center-field, scoring the runner on 3rd base to give the Mounts a 1-0 lead. However, a heads-up defensive play from Alex Knapp nailed the runn
Read more 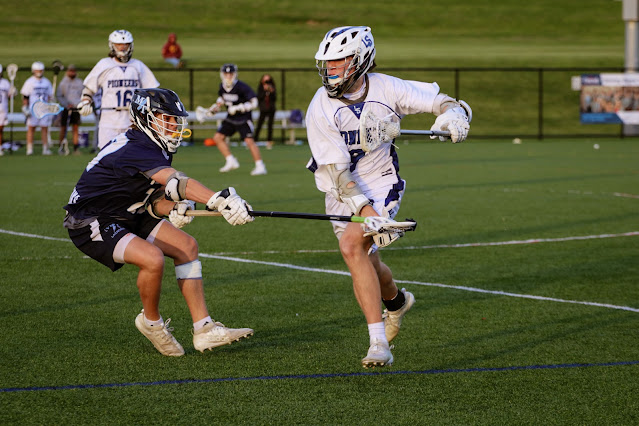 On Friday night, the boys' lacrosse team hosted the Penn Manor Comets. Both teams entered the game with a record of 9-3. Going into the game, the Pioneers were ranked 6th in the 2A District III power rankings, while the Comets were 8th in the 3A ranking. The game doubled as the annual Backyard Bash, which honors the late Ryan "Whitey" Weitzel who passed away after a battle with cancer in 2008. Connor Nolt Celebrating Goal in Game vs Garden Spot (@lsboys_lax IG) Roughly midway through the first quarter of play, Stewart McClain and Barrett Denlinger fired in a pair of goals to give the Pioneers the first points of the game and an early lead. The Comets quickly recovered, evening the score after goals from Clayton Hollinger and Dylan Keene. With 43 seconds remaining, Connor Nolt gave the Pioneers a 2-3 edge off an assist from McClain. That lead would hold for the remainder of the first quarter. It was all business for the Pioneers early in the second quarter, as a quick stri
Read more
More posts