Saturday night’s L-L League quarterfinal vs Penn Manor was never a game the Pioneers were supposed to win.

But with only five minutes until the final buzzer, the Pioneers were within one shot of the lead. 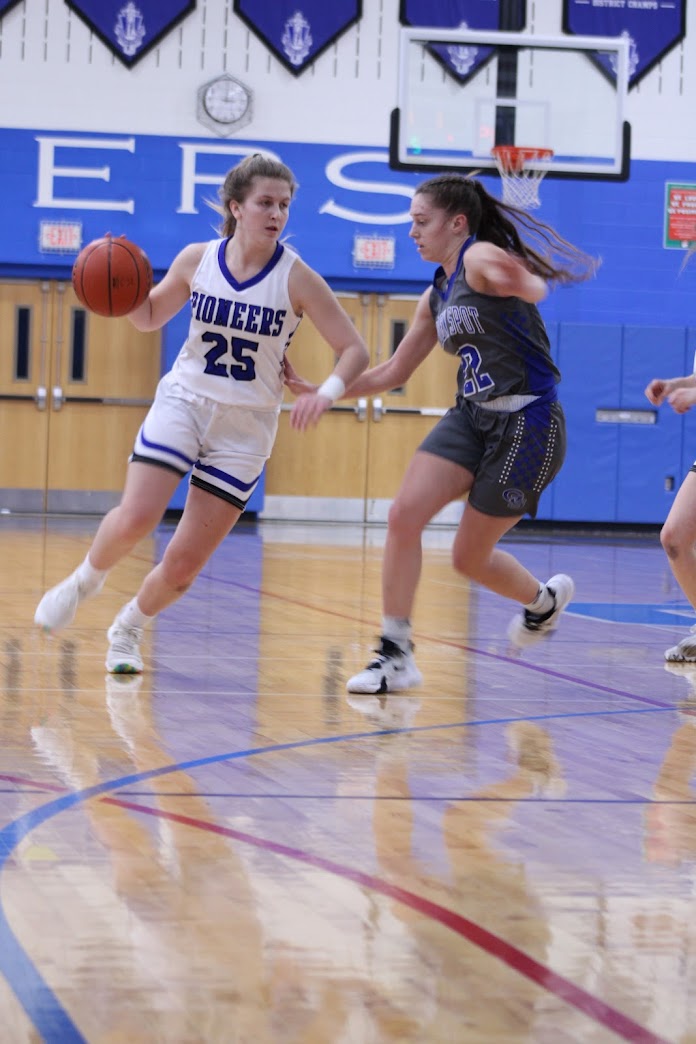 It wasn’t the first time the local rivals had faced off. In the Pioneers’ first game of the season, the Comets defeated them by a score of 57-39. The scoreline may have been flattering for the Comets, but nevertheless, set the precedent for Saturday night’s contest.

The start of the game wasn’t exactly a barn-burner, with a combined 10 points being scored. The Pioneers jumped out to a 5-0 lead, holding the Comets scoreless for the better part of the first quarter.

Fast forward to the beginning of the fourth quarter. The Pioneers are tied with the Section 1 champion Comets.

It was never meant to be. The Pioneers missed several misses to take the lead and change the momentum, while Comet star Lily Sugra hit her stride. The Comets won the game, 40-34.

Pioneer skipper Tony Fink was hoping for a better result but was proud of his team as a whole.

“I told the girls, ‘You should be disappointed because you missed some opportunities. But you also put up a heck of a fight and gave the crowd a good show. I don’t think too many people has us coming in here and giving them a game.”

The next game for the Pioneers will be Tuesday, February 22nd. They will play host to 10th seeded Spring Grove in the first round of the District III playoffs. In the girls’ bracket, a team needs to win two games to qualify for the PIAA playoffs.