By LS Pioneer News - February 12, 2022
The excitement of playoff basketball is here. After a strong regular season where the Pioneers earned a record of 13-7 and split the Section 3 title with Manheim Central, the league playoffs have begun. The challenger in the first round was Pequea Valley, the Section 5 runner-up. 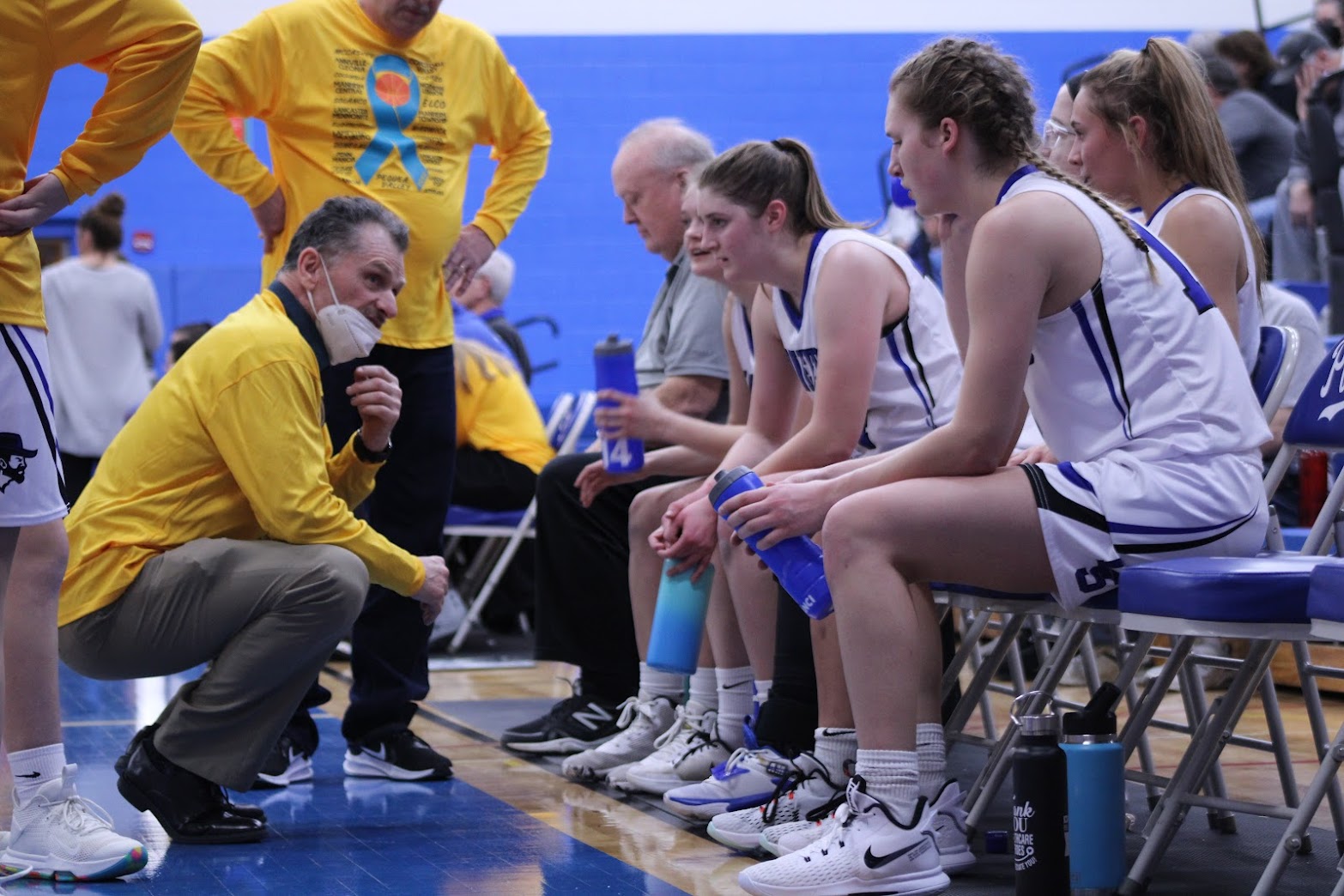 The first half of the game was played at a fast pace by both squads. The Pioneers used Maggie Visniski and Katie Ranck’s height to their advantage, while the Braves played strong defense on the perimeter to subdue the Pioneer wings. The Braves led by two at the end of the first, and the Pioneers would lead by 2 at the half.

Until the final minute of the 3rd quarter, the Braves were held scoreless out of the locker room. The Pioneers weren’t having much success on the offensive end either but were scoring enough to gain some breathing room going into the final quarter.

The Pioneer defense held strong in the fourth quarter, forcing the Braves into turnover-over-turnover while the offensive battle was won inside. The Pioneers never gave an inch, winning the game by a score of 46-36.

Maggie Visniski was the star of the show, recording 10 points and 15 rebounds. A good chunk of those rebounds was on the offensive end, leading to extra possessions for the team and easy putback baskets for herself.

“We just wanted to play our game and not let them (Pequea Valley) speed us up” added Visniski following the game.

In the first contest of the season, the Pioneers were defeated 57-39 by Penn Manor. They’ll have a chance at redemption, as the Comets will host the Pioneers in the L-L League quarterfinals on Saturday night.

“To start out, we better play better than we did today,” commented L-S coach Tony Fink, who has told the team he is retiring at the conclusion of the season. “It’s gonna be a tough game, but I look forward to the challenge”.

The Comets, who were in attendance on Thursday night, are the Section 1 champions and have a record of 15-7 on the year. As aforementioned, the game will be on Saturday night, starting at 7PM in Millersville.