By LS Pioneer News - December 04, 2021
Although not necessarily picked as the favorite to win their section, when asked, the L-S Girls basketball team has high hopes for a section title and some success in the playoff race this year. After losing in the first round of districts and taking second place in the section last year, the girls hope to redeem themselves, having four of the five starters returning from last season.

The major concern coming into the season is the loss of the one impactful starter, Emma Drouillard. Drouillard averaged the most points of anyone on the team last year and was an L-L League All-Star. This loss will force returning players to step up to be the next big scorer for this defensively dominant team. 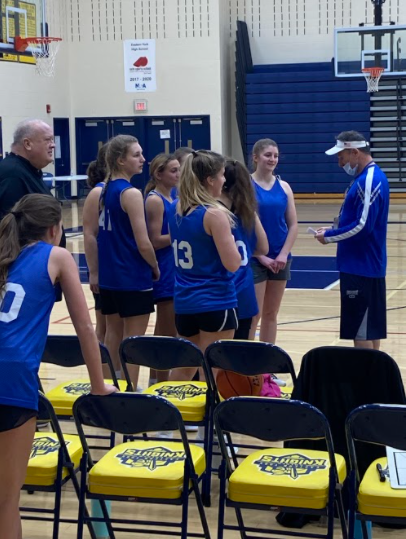 The girls started the campaign to the playoffs yesterday with their first scrimmage against Eastern York. After a long break from basketball, the girls found themselves struggling to readjust to the speed of Eastern York’s intense play in the first quarter. “It’s our first time out there,” the girls’ head coach, Tony Fink, states. “You can’t simulate game speed for a team like that in practice.” 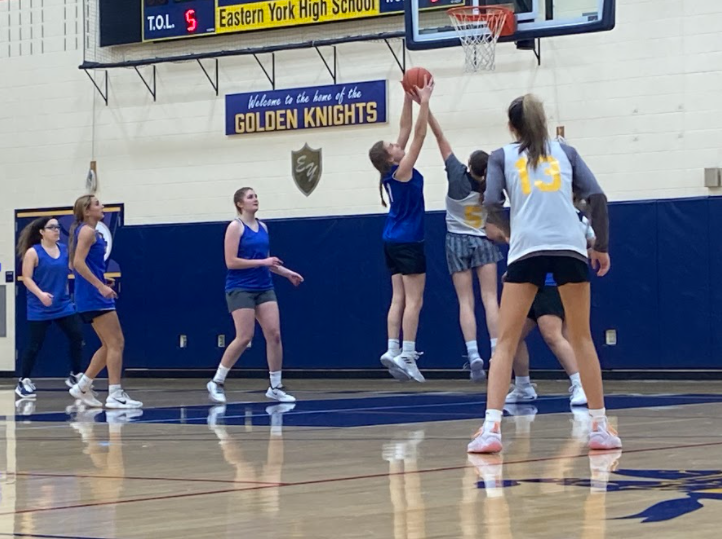 Even though the scrimmage got off to a bit of a rough start, the second quarter brought about a totally different team. Maggie Visniski, Katie Ranck, and Maggie Swarr dominated the boards, racking up the rebounds. Overall, the entire team played pretty solid defense, forcing Eastern York to make great plays in order to score. The biggest struggle, as expected, was the offensive side of the ball. When asked about the offensive performance Coach Fink claimed, “They played great [defense]. Their hands were active and they were trapped when they got the chance. It’s on tape. We watch it, we learn from it, and we get ready for Monday’s scrimmage.”

Overall, I would consider the night for the Pioneers a success. As always, the team has some aspects of the game they can work on, but they showed that they are ready and able to play some fantastic basketball this coming season.