Looking Back at the Fall Sports Season

Another high school sports season has passed. As we prepare for the winter season, it’s time to look back on this fall sports season's highlights. 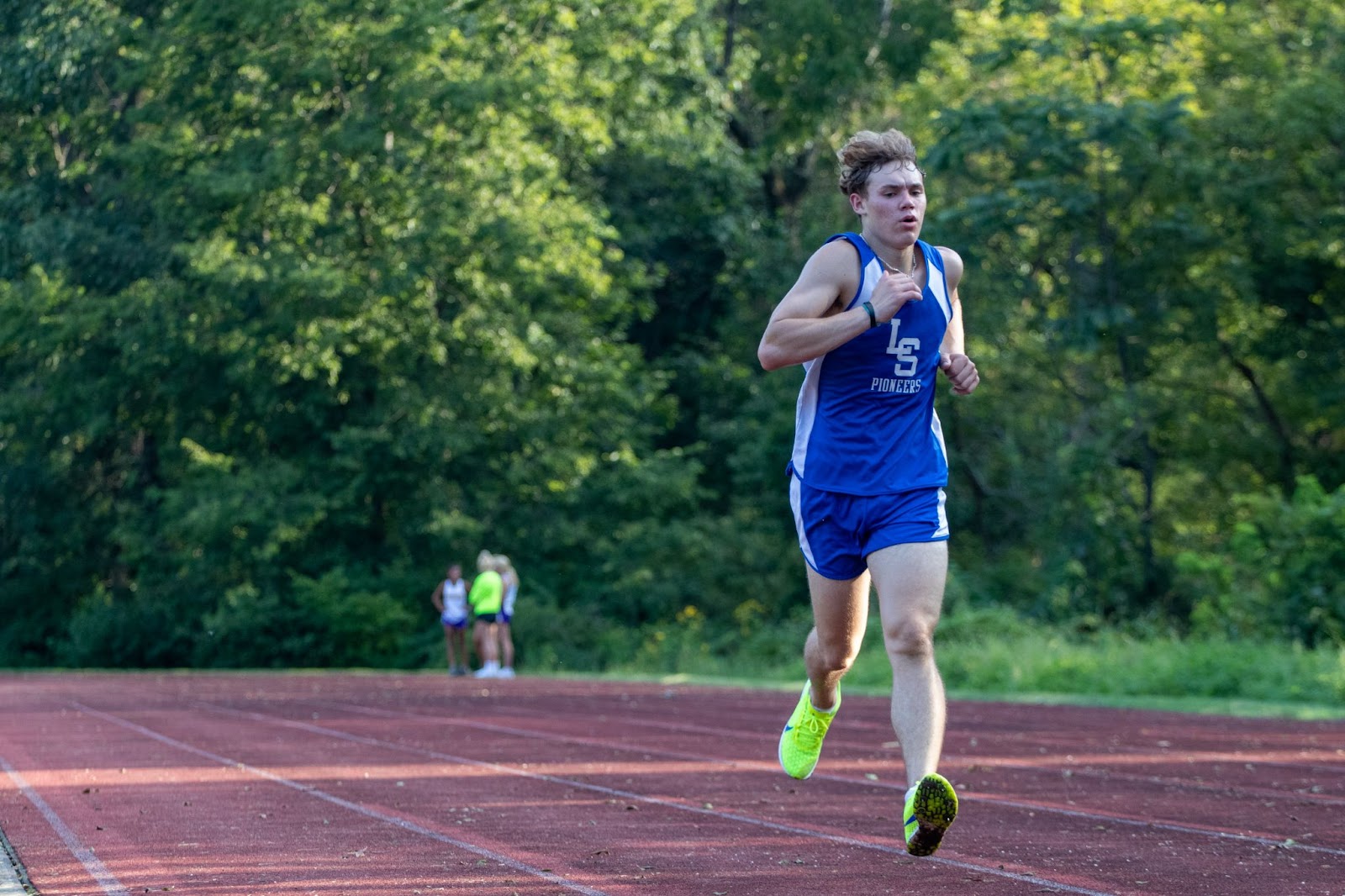 Chase Burig near the finish line at Lancaster Mennonite

I think I might have said the same thing in last year’s fall sports recap, but it doesn’t make it any less true. There’s only one word to describe the boys cross country program: dominance. They went undefeated for the third straight season and captured their fourth straight Section 2 title, topping it off with a win in the Big Spring Invitational and the program’s first ever District III title. The boys placed 4th at the PIAA meet. Sophomore phenom Colin Whitaker was one of five pioneers to make the Section 2 all-star squad. 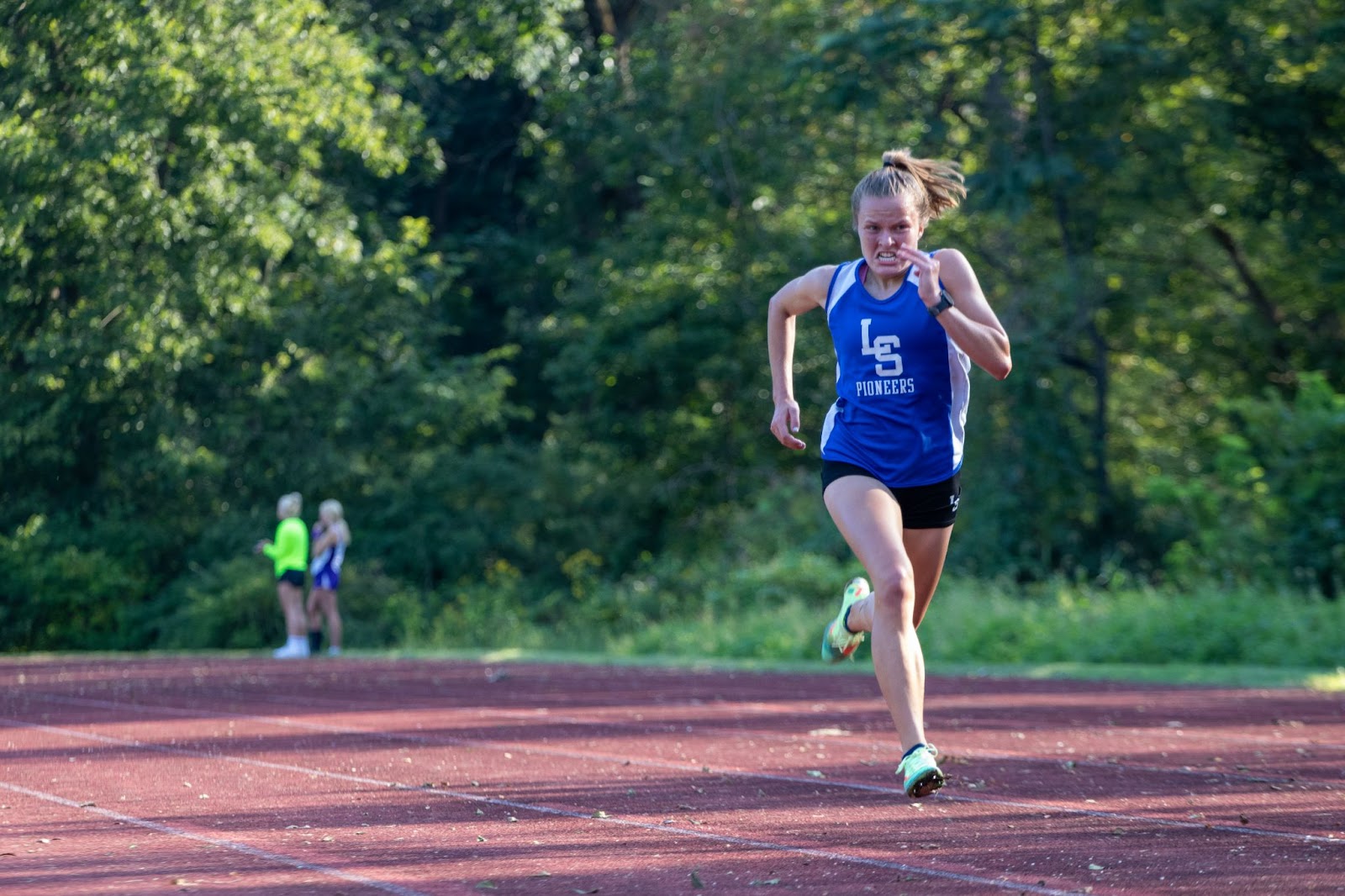 Jaclyn Martin sprinting to the finish at Lancaster Mennonite

The girls finished with a record of 9-2, earning third-place in Section 2. They placed 7th as a team at the District III meet, with Aubrey Magagna finishing 17th individually and qualifying for the PIAA state meet. Jaclyn Martin and Morgan Wright were among other top runners for the squad. 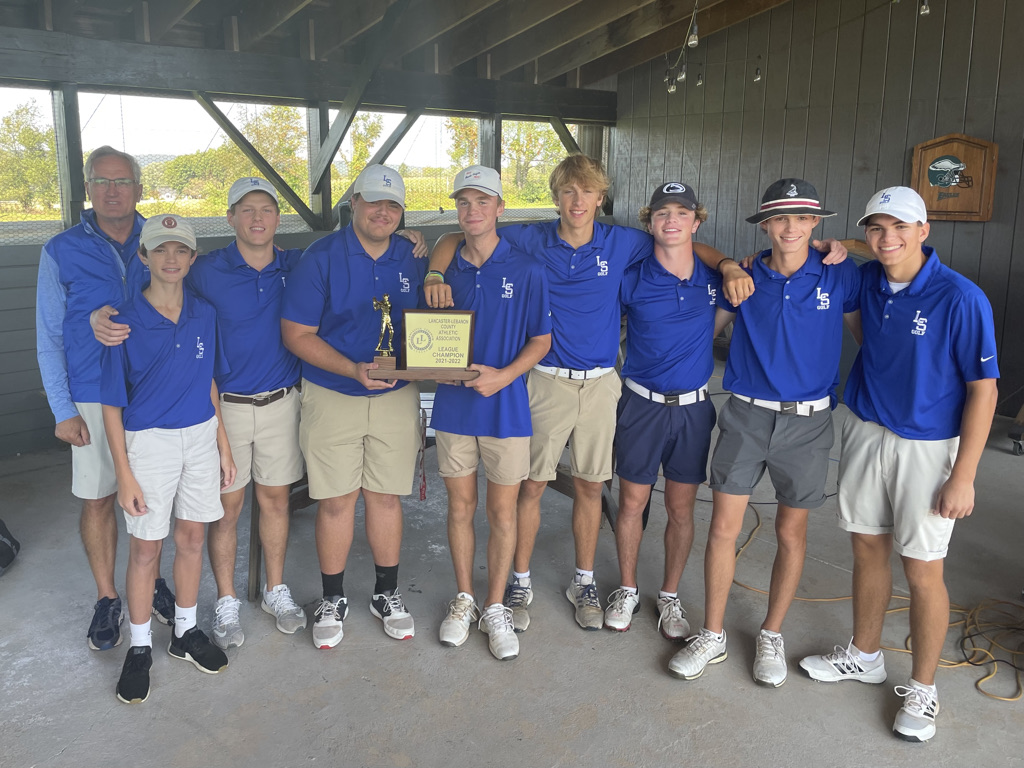 The golf team had the best season in school history, going undefeated and winning both the Section 3 and L-L League title. The league title was won by a single stroke over Manheim Township. Matt and Ben Wilson were among the top performers on the team, and both qualified for the PIAA meet. Along with the Wilson brothers, Gehrig Harsh and Morgan Smith were named Section 3 all-stars. 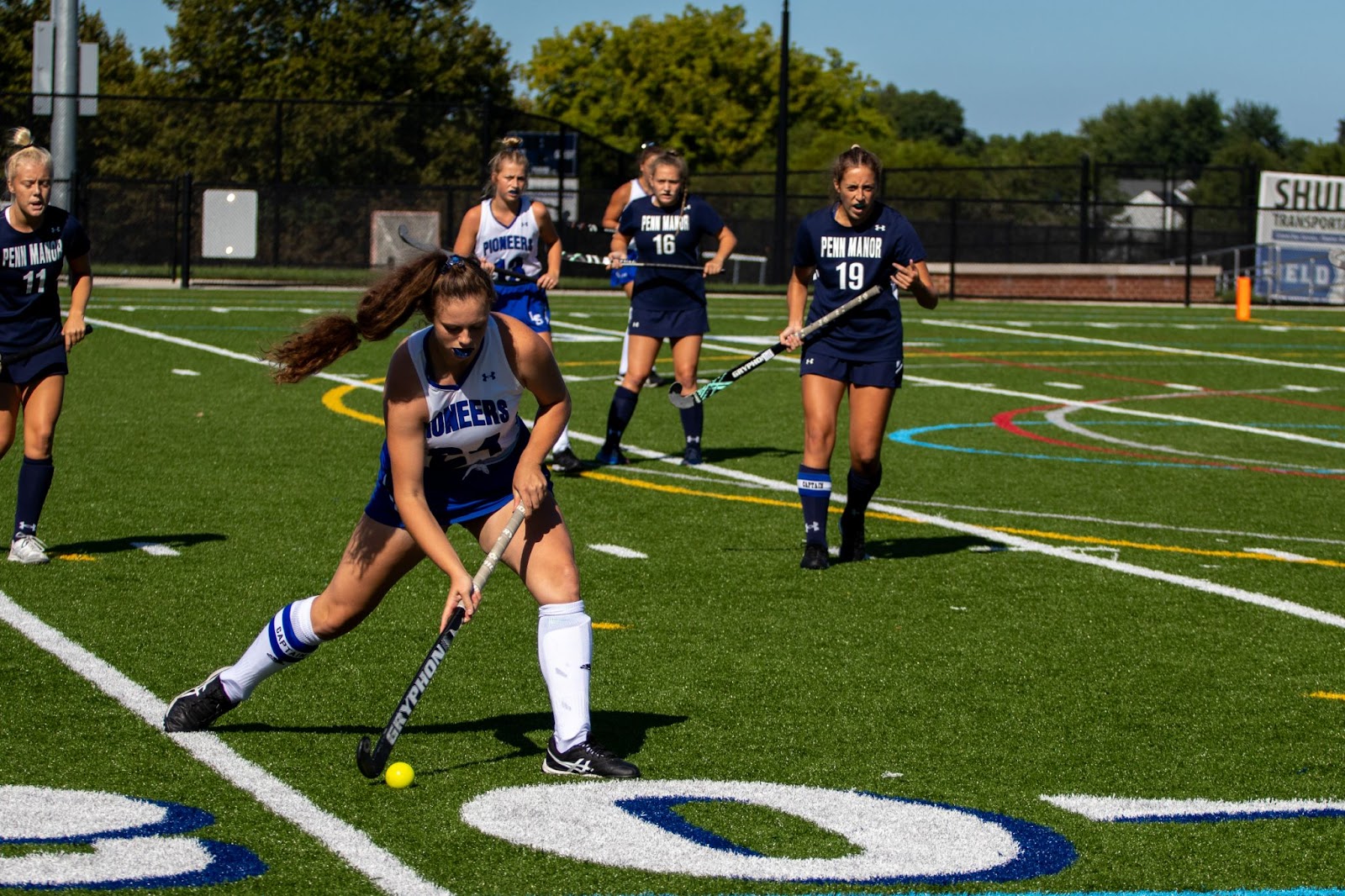 The field hockey team ended with a record of 7-10, losing close games to very good teams. Keiva Middleton, Tori Heiserman, and Maggie Swarr were named Section 3 all-stars at the conclusion of the season. The team struggled with a lack of experience and general game sense, with most of the starting lineup being composed of juniors. Following their final game, head coach Katrina Swarr stated “We don’t have a ton of holes to fill, so we should be coming back more experienced… we have strength, we have hard hits, we have circled play but we need to work on where we pass the ball”. 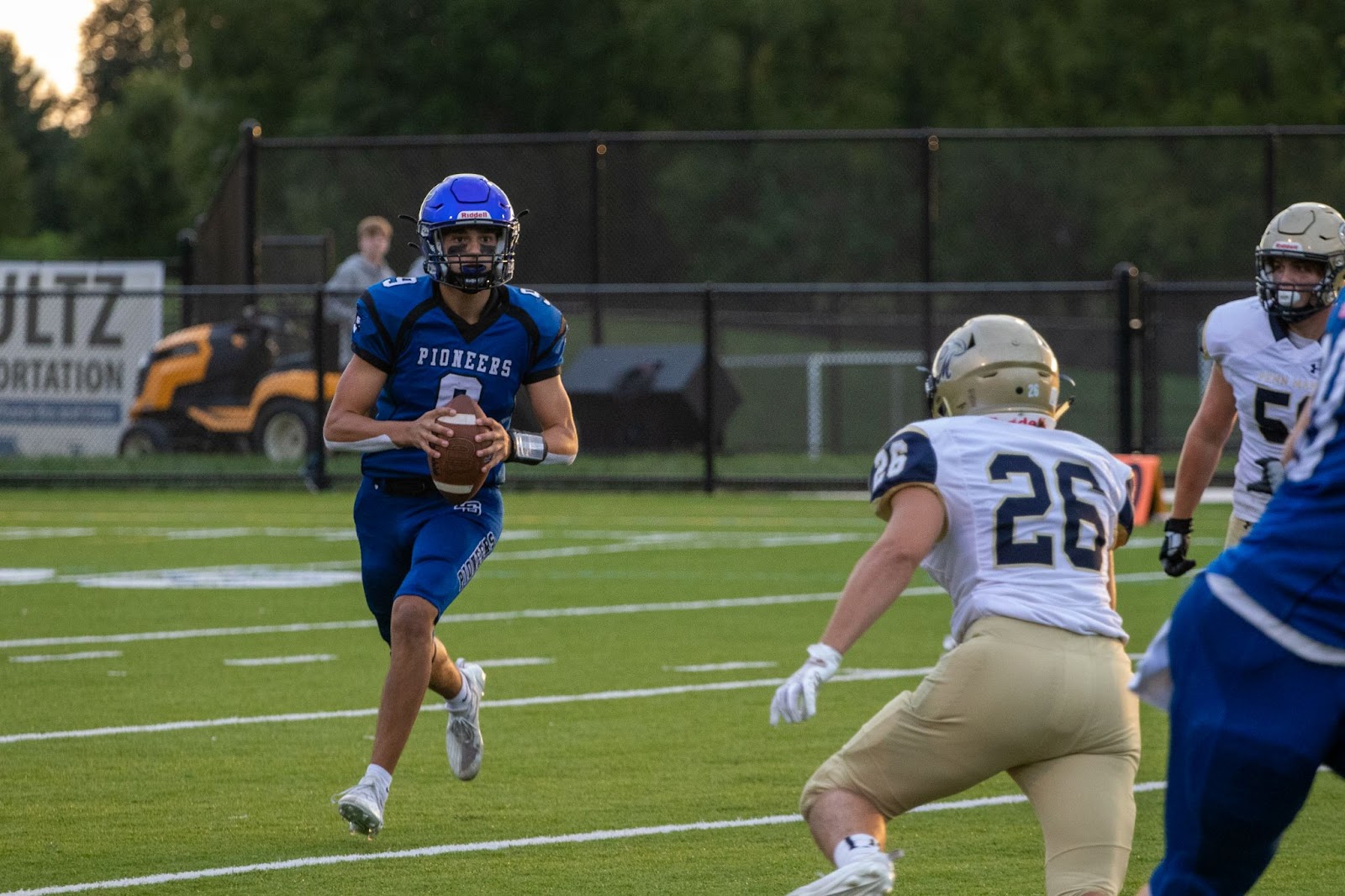 Berkeley Wagner rolls out to pass in contest against Penn Manor

The football team had another outstanding season, winning the Section 3 title and reaching their third straight District III title game, losing 7-0 to Bishop McDevitt. The team finished with a record of 11-2, winning 11 straight over the course of the regular season and District III playoffs. 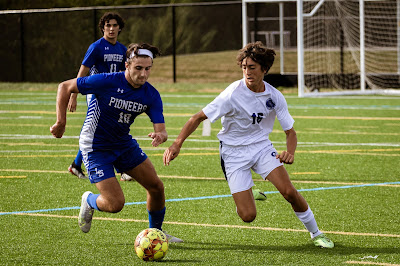 It was a rough go for the boys soccer team, winning only 2 out of their 17 games. Their two wins came against Berks Catholic and Manheim Central. Injuries plagued the team throughout the season, and the ball simply didn’t bounce their way in many of their games. Seniors Andrew Reidenbaugh and Derick May were named Section 2 all-stars at the conclusion of the season.

It’s tough to tell where the team is headed next season, but players such as Landon Rice and Ian Meyer will provide a solid nucleus to build off of. 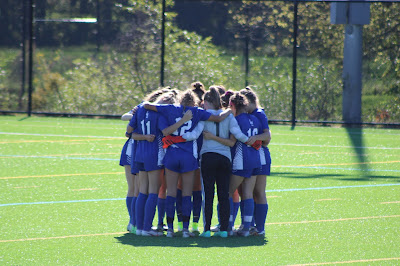 Girls soccer team huddles prior to matchup against Warwick

The girls soccer team placed second in the Section 2 standings and finished with an overall record of 13-8, falling to Solanco in the first round of the District III playoffs. Jenna Daveler was named the Section 3 MVP, while Molly Bucher, Chloe Bucher, and Ashlynn Keys joined her as Section 3 all-stars.

The team played with the spirit of Ainsleigh Motta, who passed away earlier this year. Starting goalkeeper Maggie Johnson suffered a late-season injury, causing the Pioneers to struggle in the postseason defensively. Looking ahead to next season, head coach Emily Lebo explained “We’re graduating quite a few... I think we’re going to be looking at where we can fill the holes on the field, so it’s hard to predict the future”. 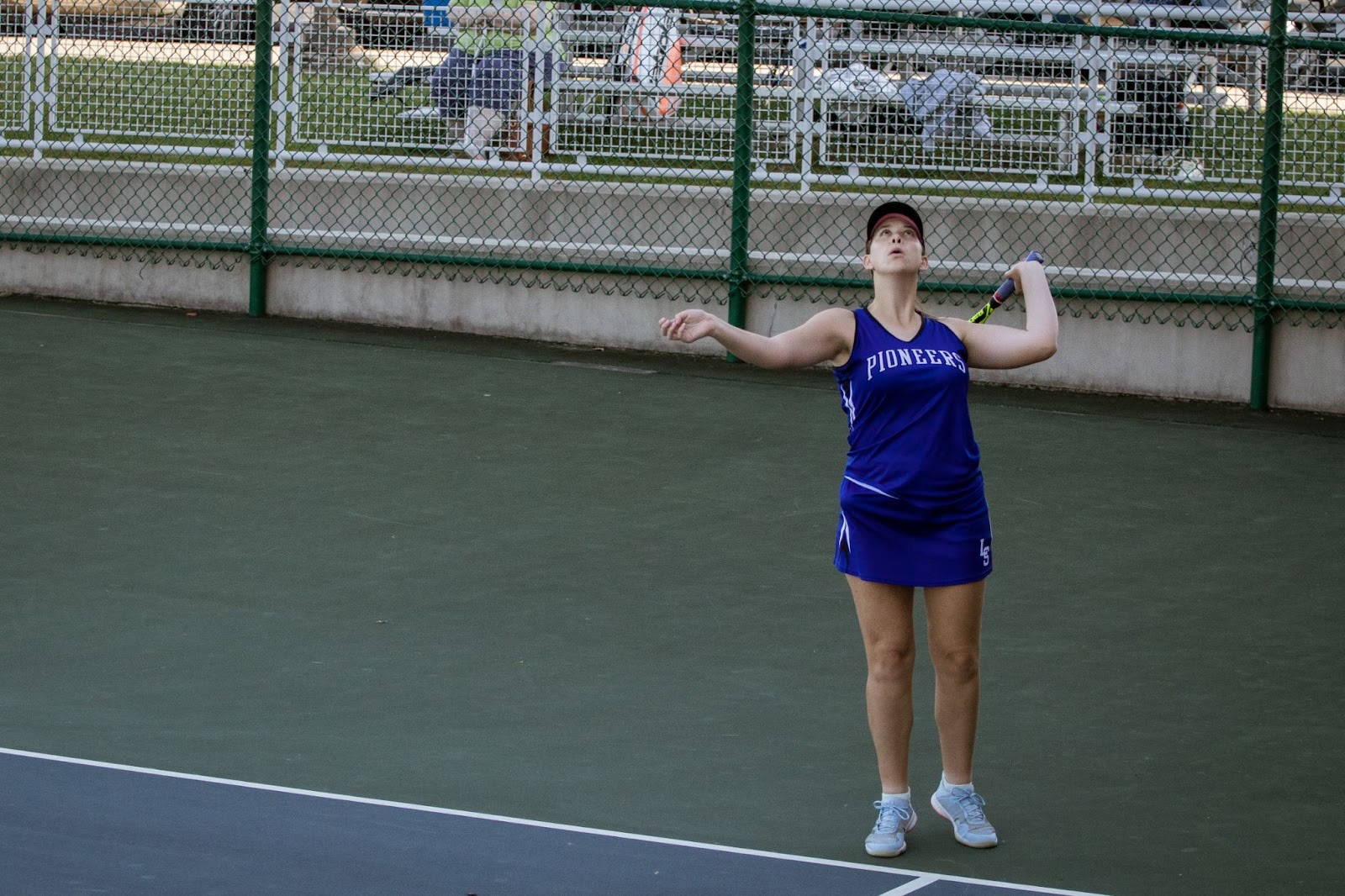 The girls tennis team earned a record of 10-5, finishing second in the Section 2 title race. Ryan Gerhardt was named a Section 2 all-star after the conclusion of the season. Kylie Gerhardt reached the finals of the L-L league flight 2 singles, while Lindsey Steele and Katie Finn won the flight 3 doubles. 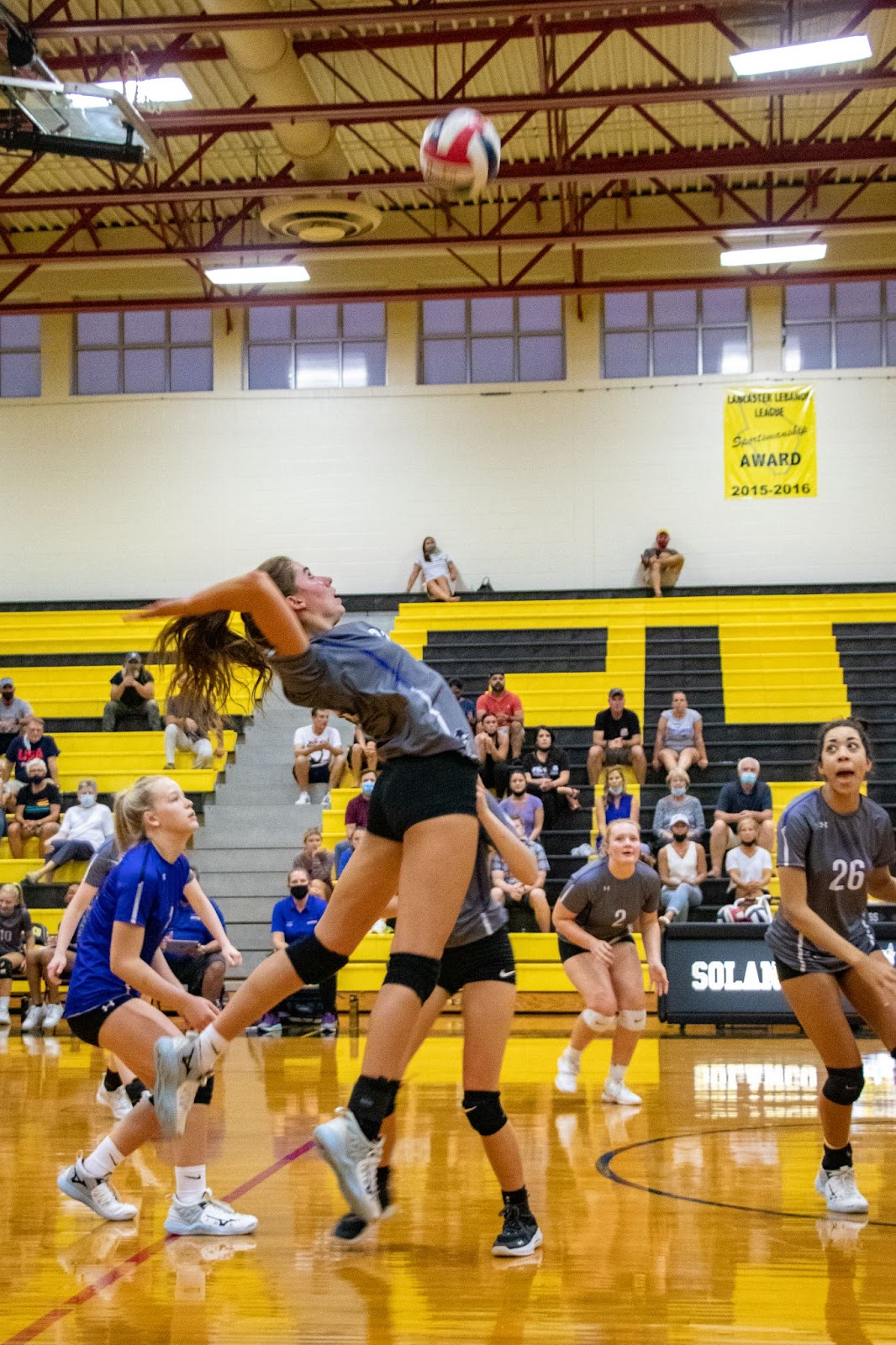 The volleyball team had one of their best seasons in years, finishing with a regular season record of 8-8 prior to losing to Berks Catholic in the first round of the District III playoffs. The last time the team was in the District III playoffs was back in 2016 when they also lost to Berks Catholic. Emily Mullin and Jenna Hoover were named Section 3 all-stars at the end of the season. Looking ahead to next season, head coach Sharon Mullin was optimistic. “We have a strong junior class and we have a strong JV feeding into that. So we got a lot of experience and I think we’ve got a good shot at doing well”