On Thursday night, the Pioneer volleyball team traveled to Wyomissing for the first round of the District III playoffs. The Pioneers entered the playoffs with a record of 8-8, earning the 14th seed. The Saints were dominant in the regular season, finishing with a record of 17-1 and sweeping nearly every opponent. 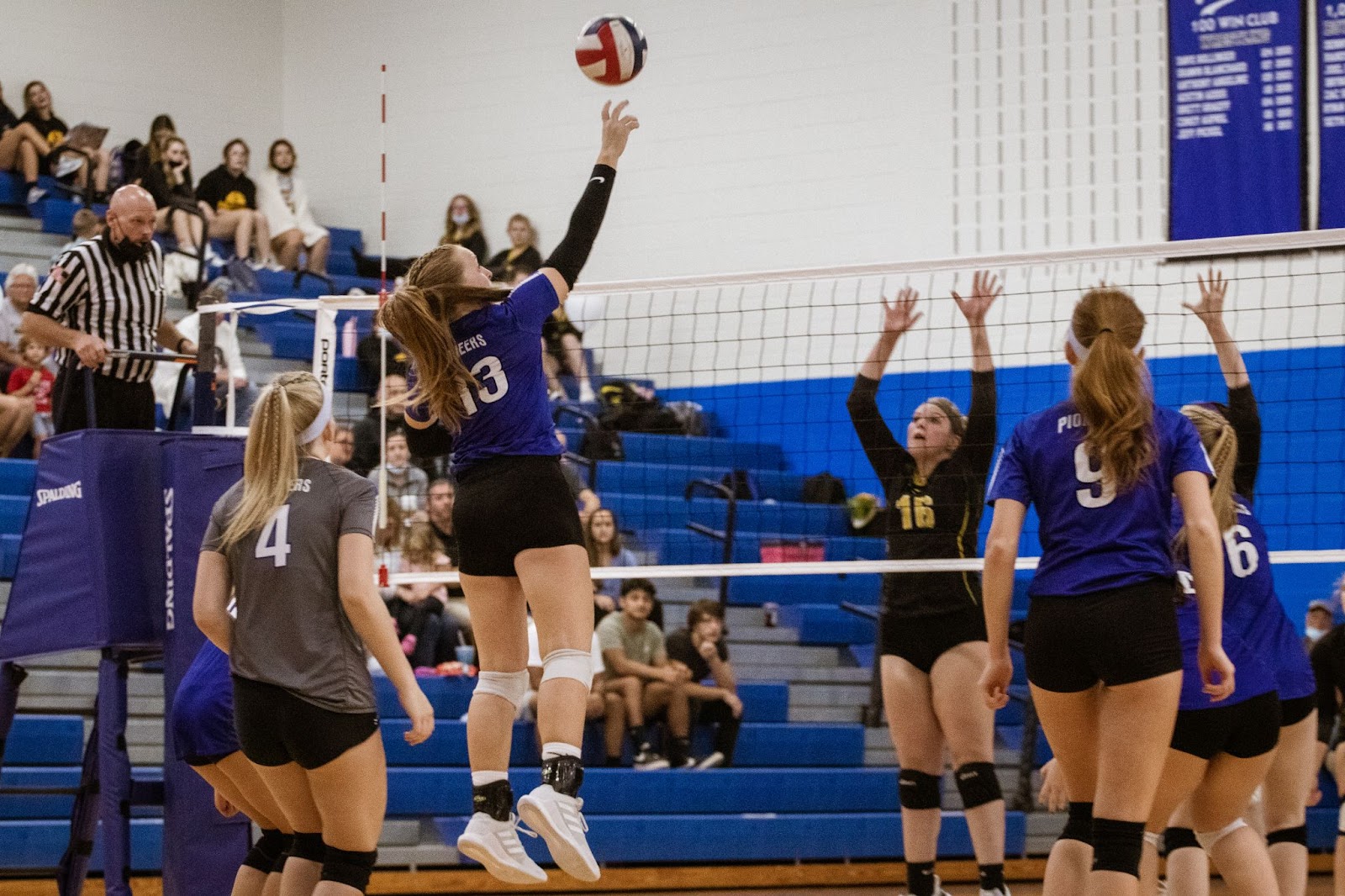 The first set was non-competitive, with the Saints maintaining momentum throughout the set while the Pioneers were unable to tally more than one point at a time. The Saints ran away with the set, 25-8.

The second set was back-and-forth, with neither team able to grab the lead early on in the set. The turning point in the set was a four-point serving run by Kate Barbon. The Saints never looked back, winning the set 13-25.

The third set was somewhat competitive, but the Pioneers never had enough firepower to compete with the Saints. Berks Catholic won the set 13-25 and won the match 3-0. Emily Mullin and Chloe Nolt each had three kills over the course of the match. Sachi Singh recorded two aces, the only two aces of the night for the Pioneers.

The Pioneers finish with an overall record of 8-9. A very good season for the team, who last reached the district playoffs in 2016 (where they also lost to Berks Catholic). “These girls have never played in a postseason tournament before,” said Coach Mullin. “They came out, they did their best, they played hard. I’m proud of them”.