On Monday night, the Lady Pioneers welcomed the winless Garden Spot Spartans in the Section 3 finale. The Pioneers defeated the Spartans 57-39 earlier this season in New Holland, with Maggie Swarr and Emma Drouillard each scoring 14 points. It was a must-win game for a Pioneer team trying to stay in the hunt for the Section title. 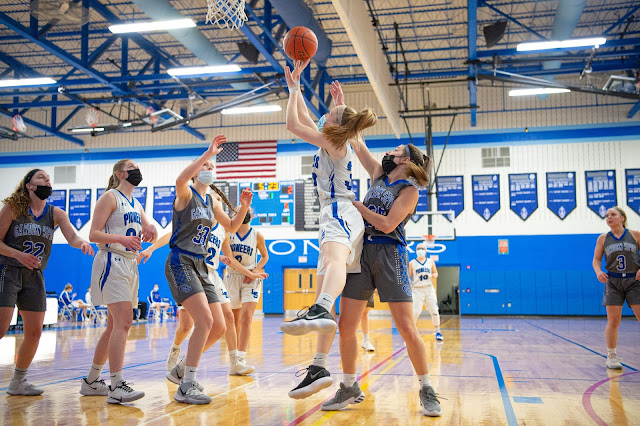 The Pioneers came out of the gates firing, outscoring the Spartans 10-2 in the first 5 minutes of the game. Emma Drouillard, Megan Manion, and Hailey Leaman all hit three-pointers during the quarter. Erin Gonzalez sunk a buzzer-beating three-pointer to make the score 17-9 in favor of the Pioneers going into the second quarter.
The rest of the first half was much of the same, with the Pioneers leading by a score of 36-16 going into the second half. Emma Drouillard went into the break as the games' leading scorer with 11 points, including 4 free-throws. A big part of the Pioneer's success during the first half was their passing, recording 11 assists as a team during the first 16 minutes of the game. 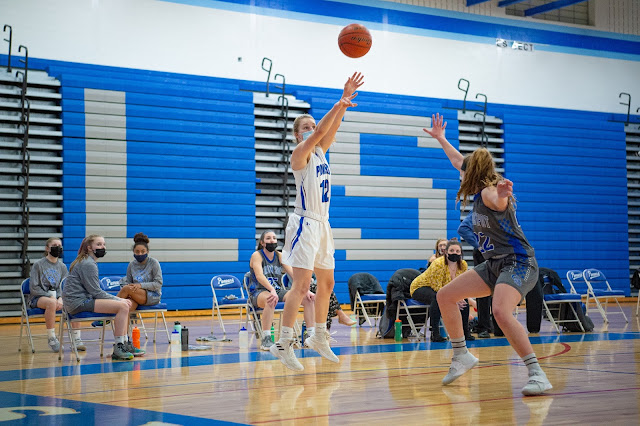 The third quarter was lower scoring, with more turnovers and missed shots than earlier in the game. Nevertheless, the Pioneers continued to build on their lead and moved the score to 45-21 by the end of the quarter. In the fourth quarter, reserves got some playing time as the Pioneers coasted to a 55-31 win.
THREE STARS:
Hailey Leaman: It was a good night for Leaman, who recorded 10 points, 5 rebounds, and 3 assists off the bench. She also drained 2 three-pointers to bring her season total to 11. This is the second time this season that Leaman has recorded at least 10 points, with the other game being the other matchup against the Spartans in the season opener. 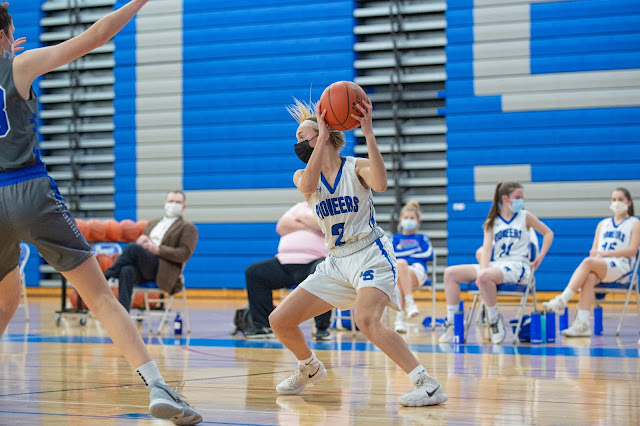 Emma Drouillard: It was business as usual for Drouillard, who recently committed to Lancaster Bible College for basketball. She led the Pioneers in scoring with 11 points, adding 3 rebounds and 4 steals as well. Drouillard is now averaging 10.3 points on the season.
Erin Gonzalez: Gonzalez was a bright spot for the Spartans, scoring 14 points. She also scored 14 points when these teams faced off earlier this season. She also drained 2 three-pointers. 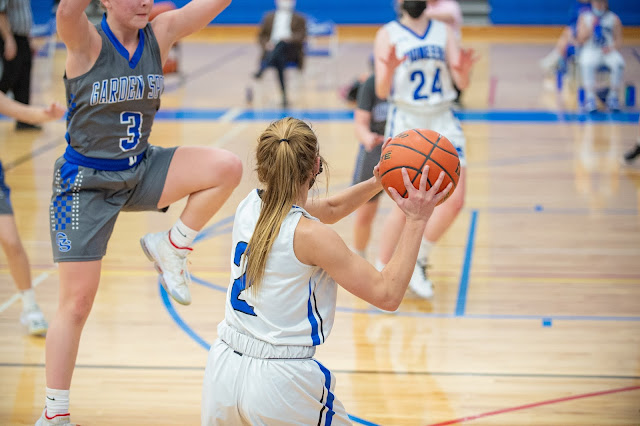 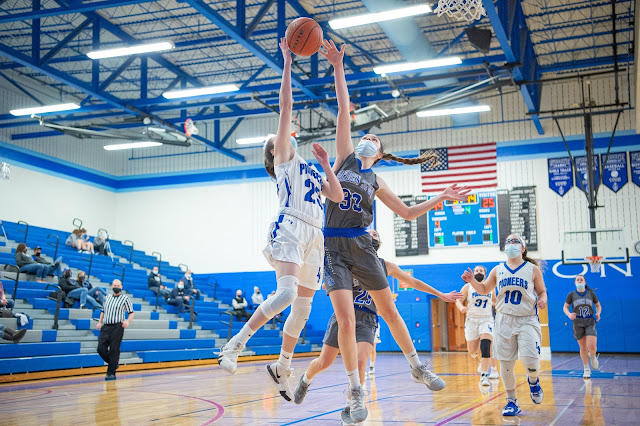 The Pioneers move to 7-3 and will head to Fredericksburg for a crossover tilt against the Northern Lebanon Vikings on Friday. The Spartans will welcome the ELCO Raiders on Wednesday night. In other Section 3 news, the Cocalico Eagles defeated Manheim Central by a close score of 50-44, clinching at least a tie for the Section 3 crown.
-By Logan Moyer, LS News reporter
Photos by Jonathan Klein, LS News Editor-in-Chief
Basketball By Logan Moyer Garden Spot Girls Basketball Photos by Jonathan Klein