By LS Pioneer News - October 03, 2020
On Homecoming night, the Pioneers came to play. Shortly after the opening kickoff by Andrew Reidenbaugh, the Pioneer defense forced a 3&out against Lancaster Catholic, leading to a big 25-yard punt return by Alex Knapp. The Pioneers then scored on their first offensive play, a 26-yard run by Austin Stoltzfus on an end around play call. The two teams traded punts multiple times until Drew Harris found the end zone late in the first quarter.

In the second quarter, Conner Nolt swooped in to catch his 3rd interception of the season deep in Crusader territory, which was turned into a touchdown by Sean McTaggart on a QB keeper. The Pioneers then added to the lead with a pair of touchdown receptions by Ian Herr, who was named Homecoming King during the halftime ceremony. One of Herr's touchdowns was set up by a Parker Owens interception after a bad throw by Mason McClair, who was pressured by Evan Sellers. 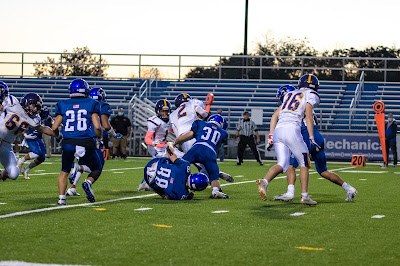 McTaggart added to the L-S lead early in the second half, scoring on a QB keeper. Brayden Smith recovered a fumble deep in L-S territory, protecting the shutout. Ian Bender scored his first varsity touchdown in the fourth quarter, taking the hand off from QB Berkeley Wagner, then finding a hole in the defense that lead to a 22-yard touchdown run. The final score of the game was Lampeter-Strasburg 48, Lancaster Catholic 0. 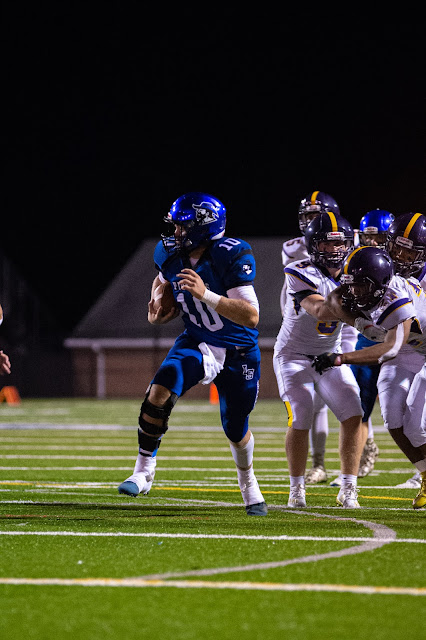 THREE STARS:
WR Ian Herr: It was a very good evening for Herr, as he corralled 2 touchdown receptions and was named the school homecoming king. Herr's 41-yard touchdown catch currently registers as the 9th longest TD reception in the L-L League this season, just behind Lebanon's Michael Johnson, who was one of last week's three stars.

DE Parker Owens/LB Brady Cole: As usual, this pair of defensive stars was everywhere for the Pioneers, with Owens shutting down the running game and hauling in an interception, while Cole was busy hurrying Crusader QB Mason McClair and deflecting many passes. These two played a large part in the shutout pitched by the Pioneer defense.

Head Coach John Manion: The experienced skipper is in his 24th season in West Lampeter, compiling 171 career wins. His game plan worked to perfection tonight, using motion plays heavily in the first half. The Pioneers' commitment to the running game paid dividends, as the Crusaders began to load the box leaving receivers such as Ian Herr open downfield. 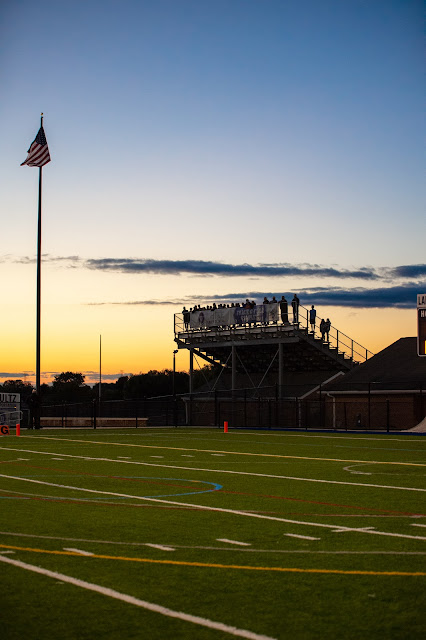 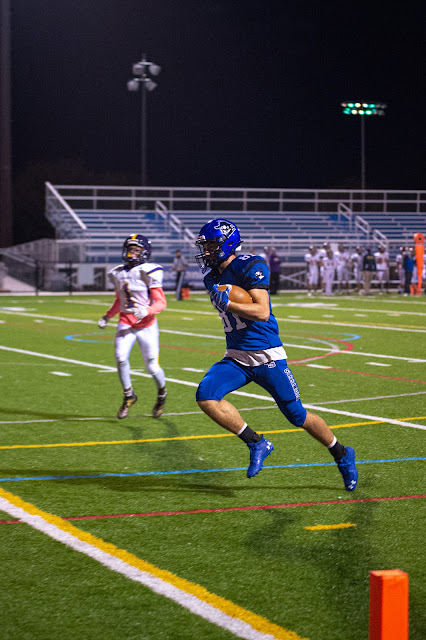