By LS Pioneer News - January 16, 2020
January 6th, 2020 - Members from the Garden Spot FFA Chapter at Lampeter-Strasburg High School attended the PA FFA 91st Mid-Winter Convention held at the PA Farm Show in the New Holland Arena. The Convention welcomed remarks from the PA Department of Agriculture, Secretary Russell Redding, and from the PA Department of Education, Secretary Pedro Rivera. Attendees also heard from the PSU Center for Professional and Personal Development, Dr. Kevin Curry, and a representative from the EPA.

The Convention is held to recognize a number of awards; new chapters, Honorary Keystone Degrees, the FFA Jacket Scholarship, special parent awards, the 2020 National Officer Candidate, and the Keystone Degree.

This year the Garden Spot FFA Chapter had five ninth-graders receive the FFA Jacket Scholarship. Members had to fill out an application and a 3-question essay. If chosen from the selection committee, members received a free jacket and a tie or scarf at the convention. This year 425 members from across the state received a jacket. Congratulations to the members from L-S who received a jacket: Gracie Albright, Kaylee Glatfelter, Katie Ranck, Emily Reinert, and Alexis Rohrer.

This year the Garden Spot FFA Chapter had nine members receive the Keystone Degree. In the chapter’s history, this is the highest number of Keystone Degrees received in one year. The Keystone Degree is the highest degree a PA FFA member can receive. Members must meet a criteria in order to receive the degree: must have been a member of the FFA for the past two years, must have completed two years of agriculture courses, must have earned or invested $1000.00 in a Supervised Agriculture Experience or have worked at least 300 hours in their SAE, must have shown leadership and scholastic ability, must have attended a certain number of chapter and state events, must have completed at least 25 hours of community service, and more. This year there were 400 PA Keystone Degrees awarded. Congratulations to the following nine members from L-S who received their Keystone Degree this year: Jessica Herr, Gracie Hess, Grace Hess, Bryce Johnson, Tobias Leaman, Stephanie Mays, Danae Ranck, Jared Risser, and Colin Tyler Stoltzfus. 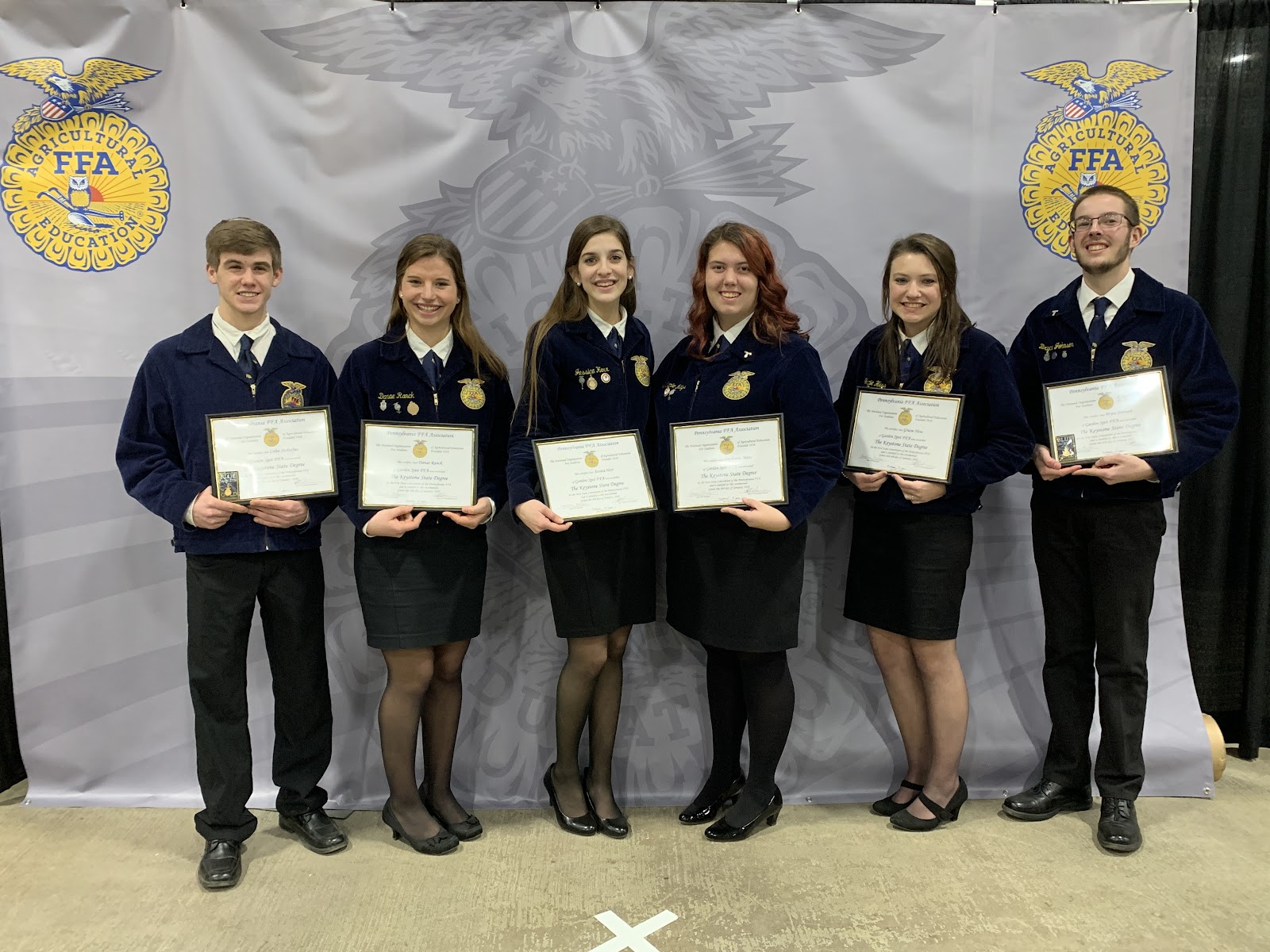 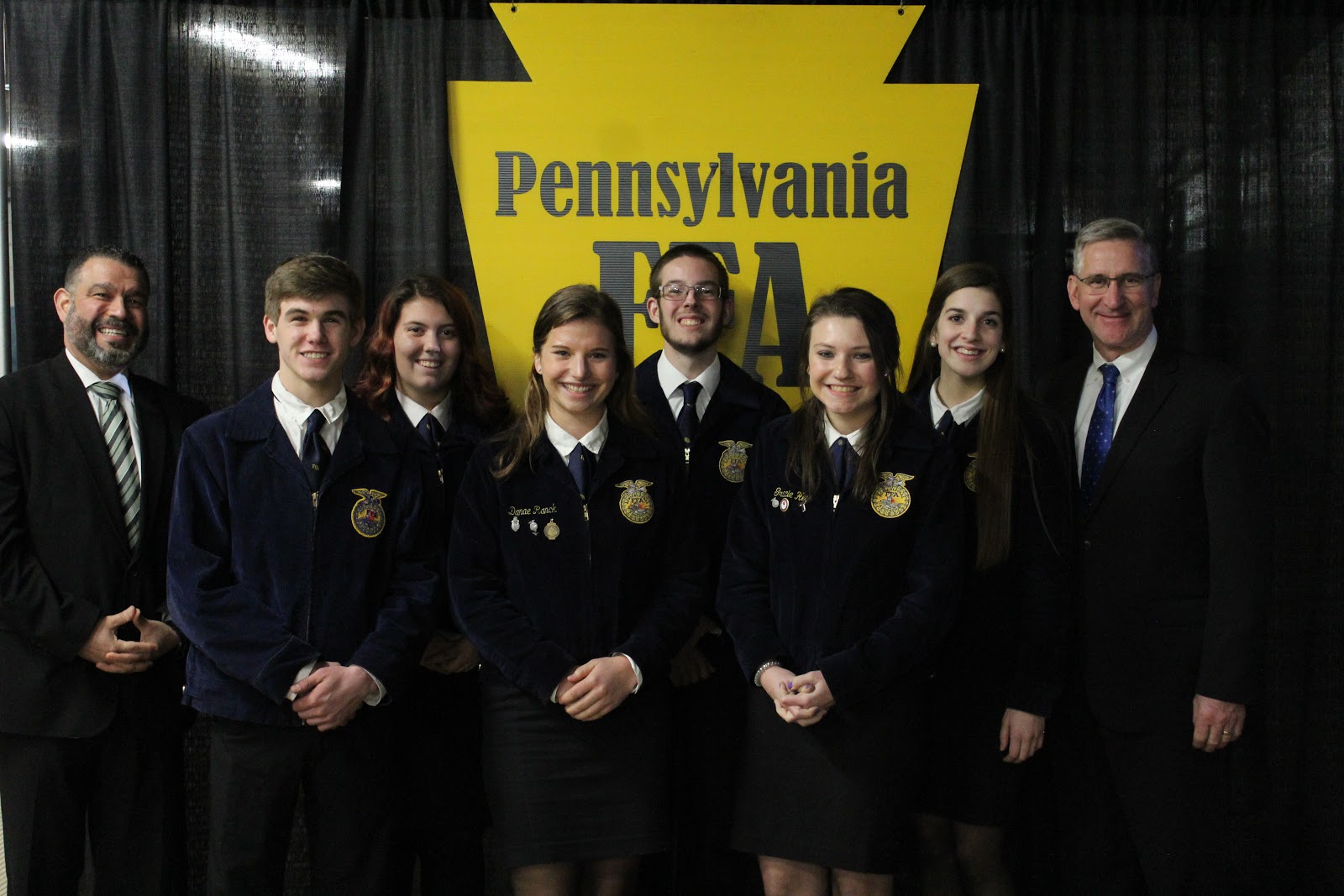