By LS Pioneer News - October 16, 2018
After a undefeated season of Section 2 victories going 5-0, the Lampeter-Strasburg Girls Tennis team was rewarded with the Section 2 championship earlier this month. However, the season didn't end there.
The team sent Sarah Capoferri, Larson Kessler, Izzy Brown, Sierra Stoltzfus, Ryan Gerhardt, and Kendall Winters in both singles and doubles matches for Lancaster-Lebanon league championship play.

From there, L-S tennis superstar Sarah Capoferri was able to advance from leagues all the way to districts in Hershey where she took third place this past weekend in District III 3A Girls Singles Championships.

Taking third advances her to the PIAA State Championships in November, in fact only three girls in 3A qualified for states in singles.

Furthermore, Sarah is the first L-S female tennis player to ever qualify for states in singles play. But this won't be her first trip to states though. Sarah qualified for states in her freshman year in doubles with...wait for it...her sister, Taylor Capoferri.
. 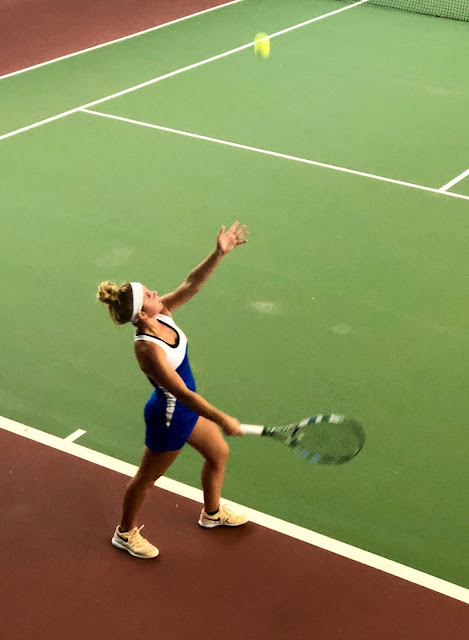