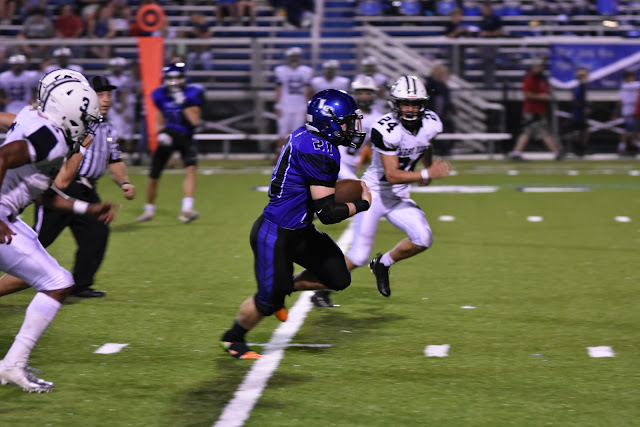 That was the question asked all week during summer's post-Labor Day death rattle after four consecutive days of 90 plus degree temperatures. It had been so hot, in fact, that after school sports practices were often delayed to 6 pm. 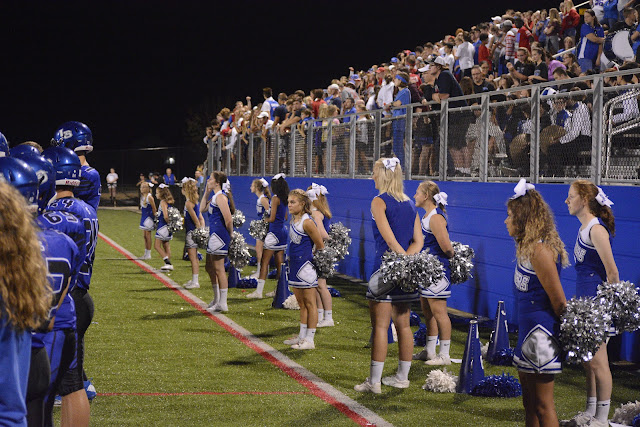 So when Friday's forecast called for cooler weather and a 7 pm start time, everyone was thrilled. What no one expected was that West York with an 0-2 record would bring the heat with them to Lampeter-Strasburg's JK Mechanical Stadium for the season home opener. 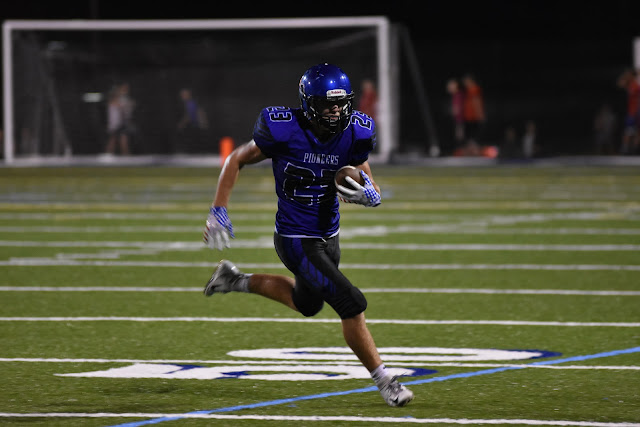 Fortunately, the Pioneers with less than five minutes on the clock in the fourth quarter were able to break the 28-28 tied game with a 11-yard touchdown throw to Joe Underwood for the eventual victory. 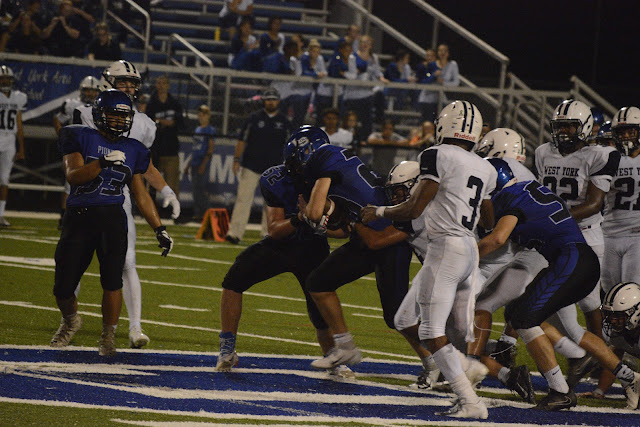 The Pioneer defense also contributed to last night's win by holding West York's offense at the 24-yard line with less than two minutes on the clock that culminated with an interception on a jump ball for the Pioneers. 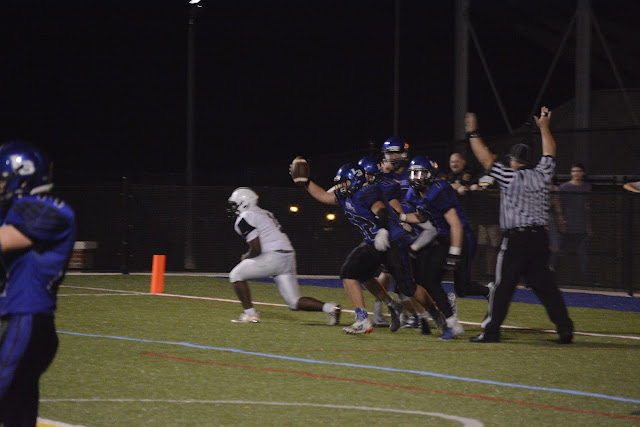 Last night's contest as marked the first game on the District's new turf field for the football team. 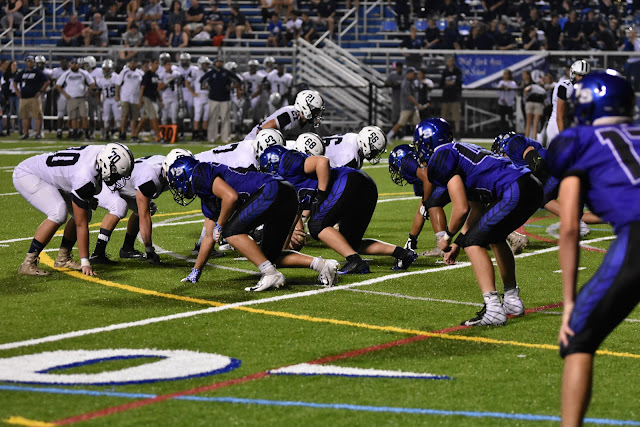 In observance of 9/11, the student section wore red, white, and blue. 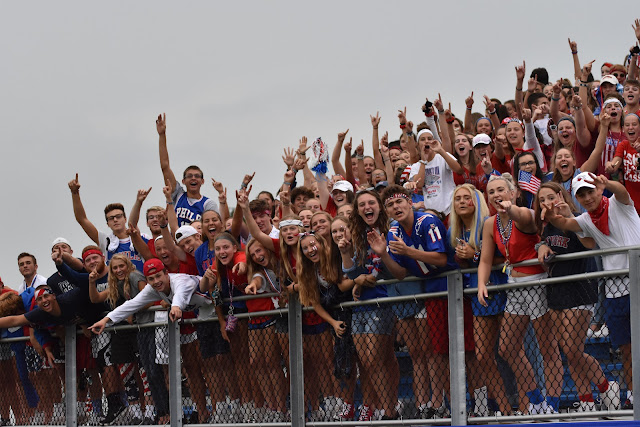 Last night's victory make the Pioneers 3-0 (all of which have been non-league). Next Friday, the Pioneers travel to Conestoga Valley (2-1) for their first league match of the season. 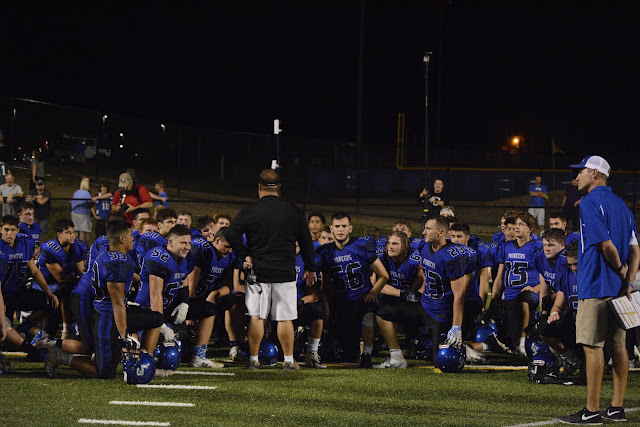 See all of Brayden and Jonathan's games photos here.