By LS Pioneer News - March 07, 2018
West Side Story opens tomorrow! It is one of the most beautifully crafted musicals to ever grace the stage. Despite being set in the 1950s when toxic male energy and child-on-child violence might have been permissible it is a fascinating black mirror reflection of our current society. As director Mr. Kevin Ditzler says, "Theater reflects our society." With this in mind, theater students will be raising money for Teen Haven. Please consider donating. 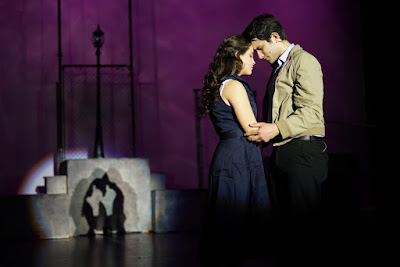 Since before winter break, the production process for West Side Story has been in full swing. Actors have been rehearsing several days a week for hours at a time memorizing lines, lyrics, blocking, and choreography under the direction of Mr. Kevin Ditzler, Mr. Erik Welchans, and Mrs. Jo Carole Dodson. The show involves a lot of dancing and movement, so it is essential to keep up and review the choreography." 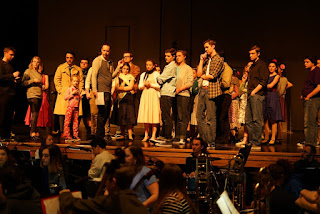 Mr. Robert Shaubach has had pit orchestra  rehearsing a several times a week, perfecting the score. 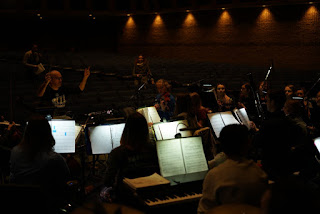 Mr. Adam Zurn with his student teacher Mr. Justin Egrestiz and aided by a 15 member strong team of student builders have created the dingy city streets of the Upper West Side. This year's set posed unique challenges such as building double-sided mobile pieces and a second story fire escape. 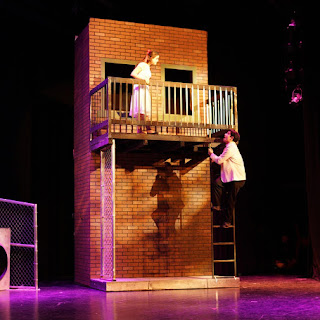 The structures do not fully transform until painted by talented art teachers Mrs. Meg Lau and Mr. Scott Cantrell. Painting the set is not a duo effort. They are assisted by team of dedicated set painters who donated entire Sundays one of the few times the actors aren't on stage rehearsing. They do an amazing job creating the illusion that the cast is on the streets of New York City.

Stage managers--Skye Reinacher and Lauren Kneisley--have been juggling the cast’s schedules and assembled a stage crew that has perfected their own unique choreography of moving set pieces. 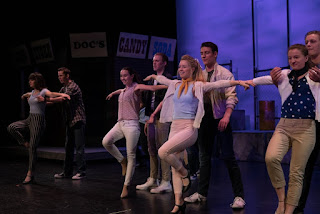 Lighting is being designed by Mr. Ethan Moore and his tech crew along with other technical aspects of the show. Dodson in addition to doing choreography has been busy helping the students gather costumes.

Of course none of that would be possible without Thespian Society advisor Michele Meyer coordinates everything.

Every element of the show has to be fully functioning in order for the entire performance to come together. The actors need the set crew to help transport them to an entirely different world. Without the painting crew, the lights wouldn’t look right on the set. Without the director and choreographer the actors wouldn’t know where to be and when.

Producing a show is a delicate balance of all these different elements. If one part of the ship hits an iceberg, it takes the rest of the ship with it. 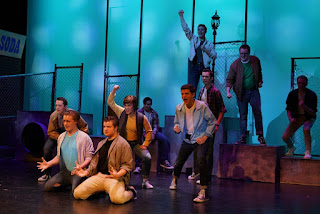 This is what is so amazing about the world of live theater. It teaches everyone involved valuable life lessons. Communication, patience, hard work, commitment, time management, and most importantly collaboration just begin to scratch the surface of what theater teaches those involved. 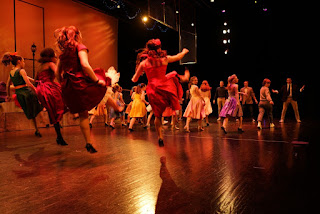 West Side Story is an entertaining, thought-provoking musical. The show runs March 8, 9, and 10 at 7 pm. There is also an matinee on Saturday, March 10 at 2 pm. Tickets are on sale in the high school main office from noon to 4 pm but can also be purchased at the door.