By LS Pioneer News - October 14, 2017
In an overtime nail biter, Elizabethtown defeated the Lampeter-Strasburg football team 44-38. With only a few moments left in the regular game the Bears and Pioneers stood tied 38-38. Peyton Denlinger unfortunately missed a 38-yard field goal as time ended forcing the event into overtime. 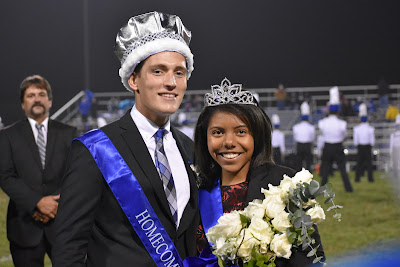 As overtime waged on the Bears eked out a six point lead with the Pioneers preventing the PAT. However, Etown was luckily enough to force a turnover inside the five yard line with what could have been a potential game-winning score. 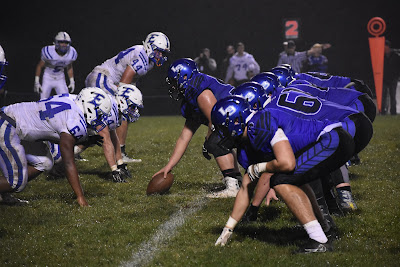 The Pioneers are now 5-2. Next week football will again be guarding their home turf as they challenge Cocalico at 7 pm. 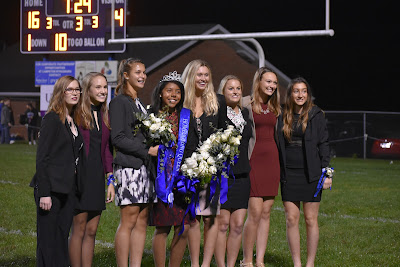 At halftime, Cheyanne Waller was crowned homecoming queen. Runner-ups included Hailey Hidenbrand and Hannah Garber. Waller was joined by homecoming king Steven Greenwood who had been crowned the night before at the Powder Puff game. 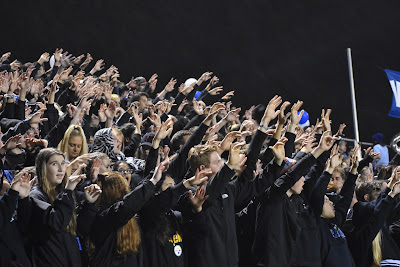 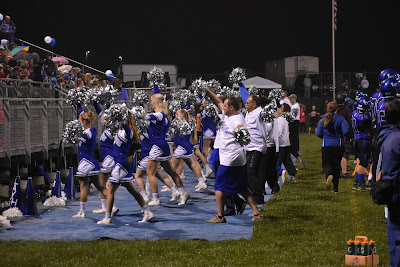 Cheyanne is the daughter of Fred and Lynette Waller of Lancaster. She is a member of National Honor Society, Tri-M Music Honor Society, the L-S Heroes Program, the L-S Thespian Society, and was a 2017 Fair Queen candidate. Cheyanne is a Barbizon-signed actress and teaches dance class at her church. She plans to attend Duquesne University to study speech and language pathology with a goal of opening a firm to help actors with dialogue and accents.