Wanted: Robin Hood for hilarious crimes against the crown

Because The Somewhat True Tale of Robin Hood opens on the Lampeter-Strasburg stage on November 9, 10, and 11. 🎯 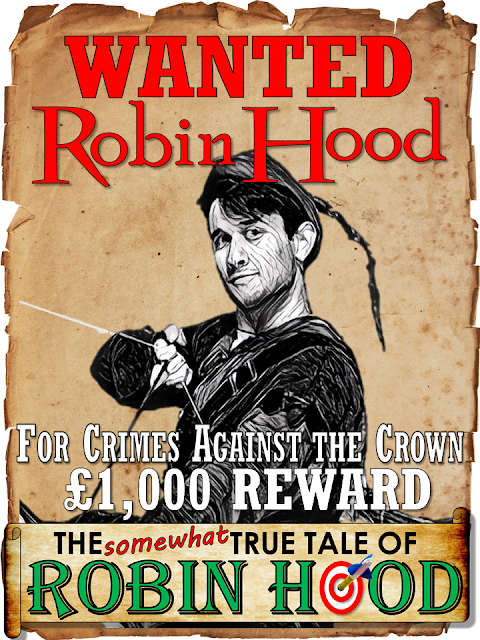 Getting to know Robin Hood
The legendary heroic outlaw in green Robin Hood (played by Brendan Massar) with his band of Merry Men (played by Sean Burke, Ethan Bare, Logan Emmert, Pierson Castor, Steven Greenwood, Rowen Krantz, and Wesley Leaman) are Nottingham's last line of defense from greedy Prince John (played by Braeden Weaver), evil Sheriff of Nottingham (played by Matthew Monroy), and posse of dimwitted guards (played by Nick Blair, Nolan Davidson, Rowen Krantz, and Wesley Leaman) as they attempt drain every last cent from the already poor townsfolk and usurp the throne for Prince John from his absent older brother Richard the Lionheart who is off fighting in the Great Crusade.

The only thing more dangerous than Robin's aim with a bow or skill with a sword is his massive ego. Robin—who is often quite impressed with himself a blend of Dudley DoRight and Frasier's Niles Crane—busies himself with robbing from the rich to give to the poor.

However despite any personal character flaws, his heart is good and pure as her pursues his true love Lady Marian (played by Lauren Torres).

Will Robin be able to foil the plans of the evil Prince John, save the people of Nottingham, and win the hand of Lady Marian? Find out on November 9, 10, and 11. 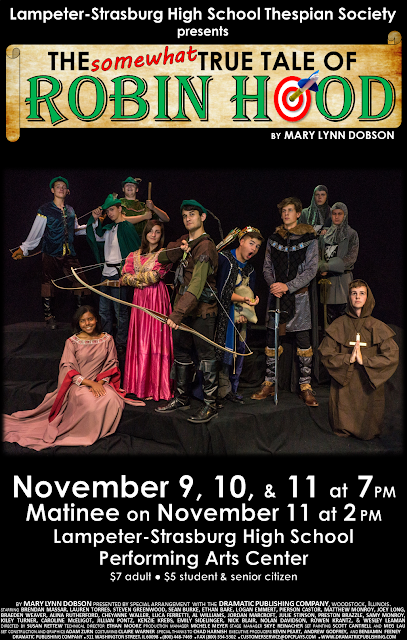 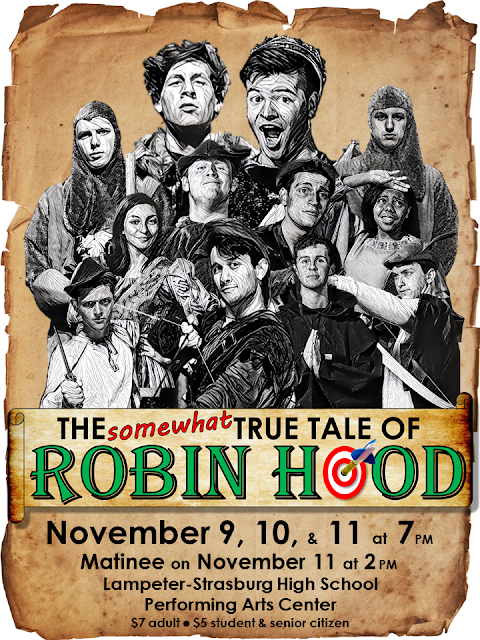