Game at Manheim Central: Lost a Winning Streak, but Never Our Spirit

By LS Pioneer News - September 26, 2017
Last Friday, September 22, we arrived at an away game against the Manheim Central Barons. The upperclassmen band members were more eager than usual, excited to reunite with a valued member of our band who moved away over the summer.

Due to the empowered and slightly obnoxious singing on our way home from the Conestoga Valley game, iHomes and any other speakers were temporarily prohibited from the bus ride. Instead, we carefully sang to the latest album of Kidz Bop someone blasted from their phone.

While rolling through the quaint little town of Manheim, we noticed handmade signs nailed to every other electric post, reading little sayings like “Pack your bags, Pioneers!” and “Go Barons!”, decorated with sketches of football players and their mascot. It was as if we were following a trail of them to reach the stadium. As I chuckled at the last one to myself, we arrived at the arena. 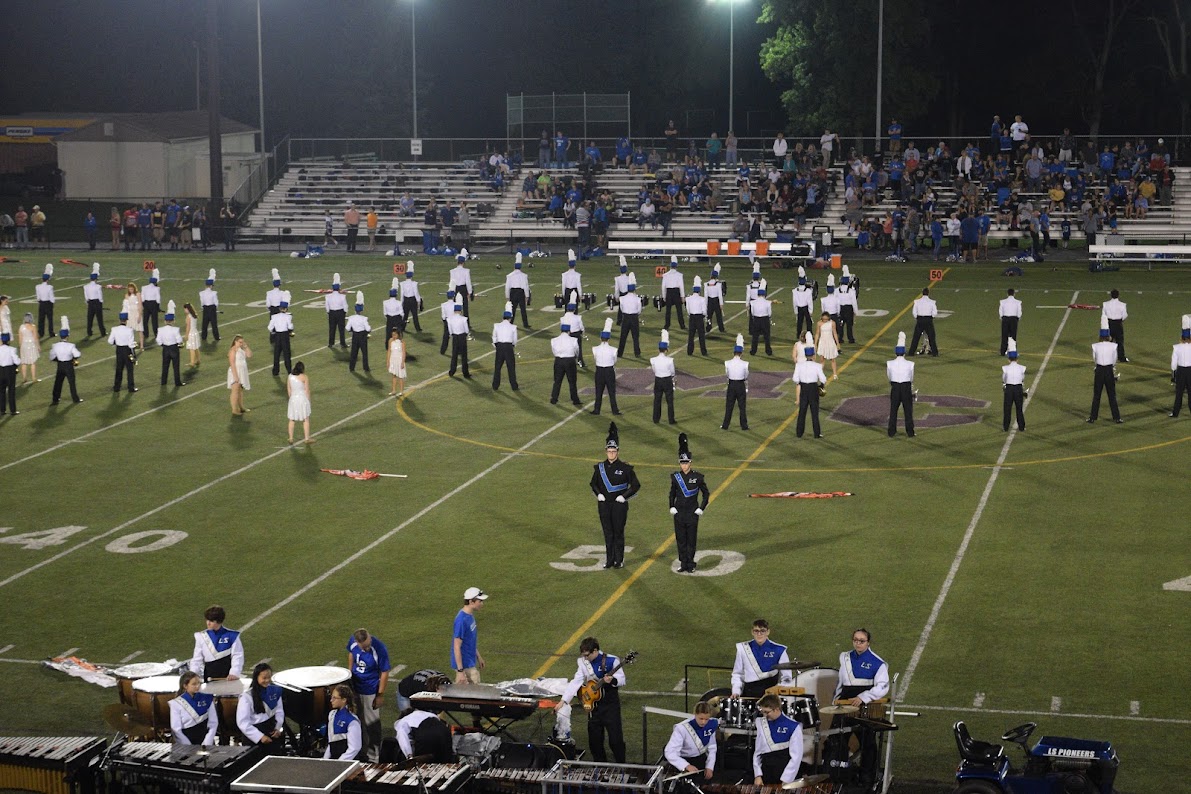 We suited up in our uniforms, automatically feeling that this was going to be a long night. I felt like I was in a steamy microwave, baking inside of my thick, long sleeved jacket. I sighed in relief, knowing that the sun will go down soon behind a line of trees. We hurriedly arranged ourselves in the stands and stood to honor the Barons marching band.

As they were still in ready, to acknowledge our friend, we yelled a single “Go Ben!” A few giggles later, their show exploded into a full, declarative chord. Their theme was Pompeii, a reflection of the rise and fall of the Roman Empire. It was a very entertaining show, each set dynamic and unique. The color guard’s Roman-esque costumes and vibrant flags personally fascinated me. Before I could blink, the show came to a climatic finale, and the football teams ran onto the field. 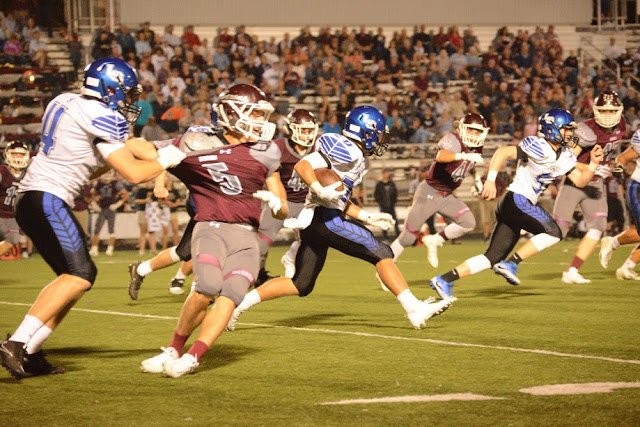 We hopped into the first half, ready to see our team win once more. The Barons were a tough match, our scores staying relatively close the whole first half. Unfortunately, we didn’t get to play music much because every time we prepared a song, the game will flip and the ball would change possession. The lack of music made the time fly even faster than usual.

Our halftime performance went smoothly. The audience responded with enthusiasm and spirit. I messed up a new addition we made to the fourth part, forgetting a change in step size. I managed to amend it though, making it to the last impact on time. We ended the show perfectly, the tarp the right-side up and fluttering with the small breeze. Before we could move off the field in time, the football teams barreled onto the occupied field, nearly steamrolling the color guard. 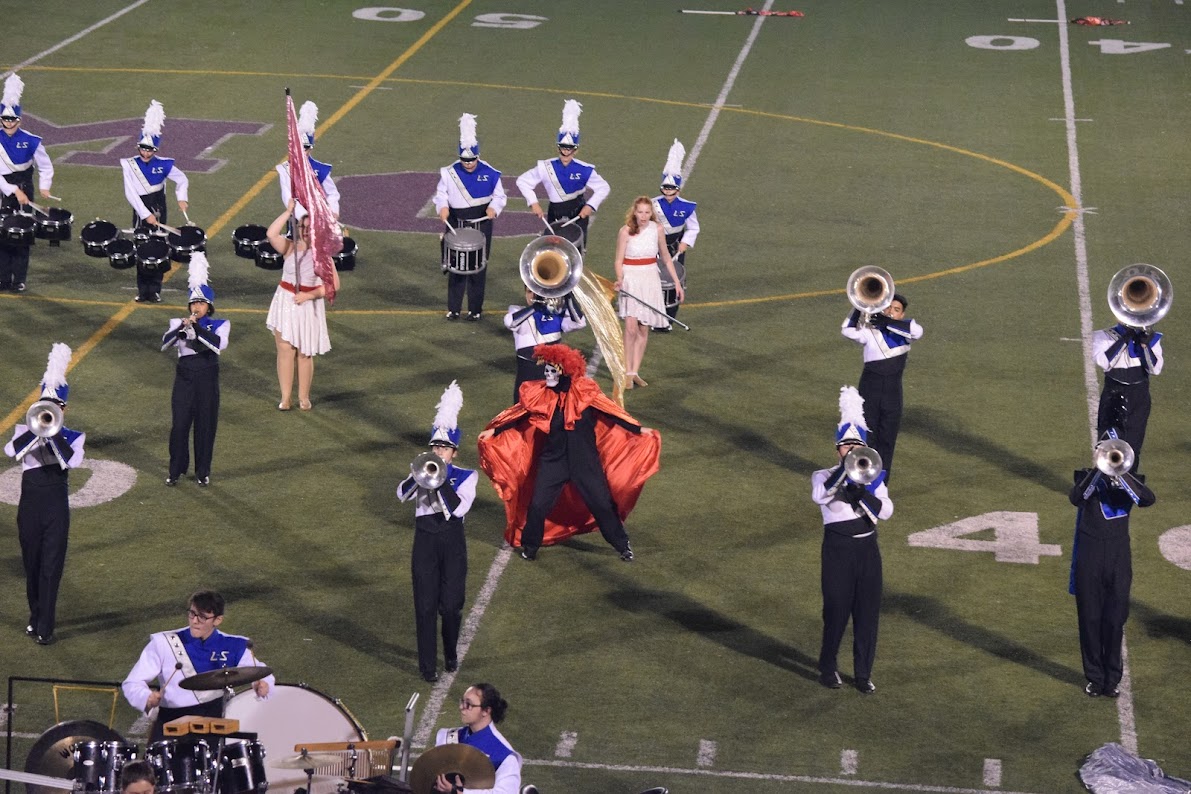 As the game halted to an end, we lost to the Barons 41-20, losing our three game winning streak. Although we may have lost, we did not lose our spirit and sense of pride. Although we may be ‘packing our bags’ like the poster predicted, we are traveling to a better place where we can crush any competition: home. 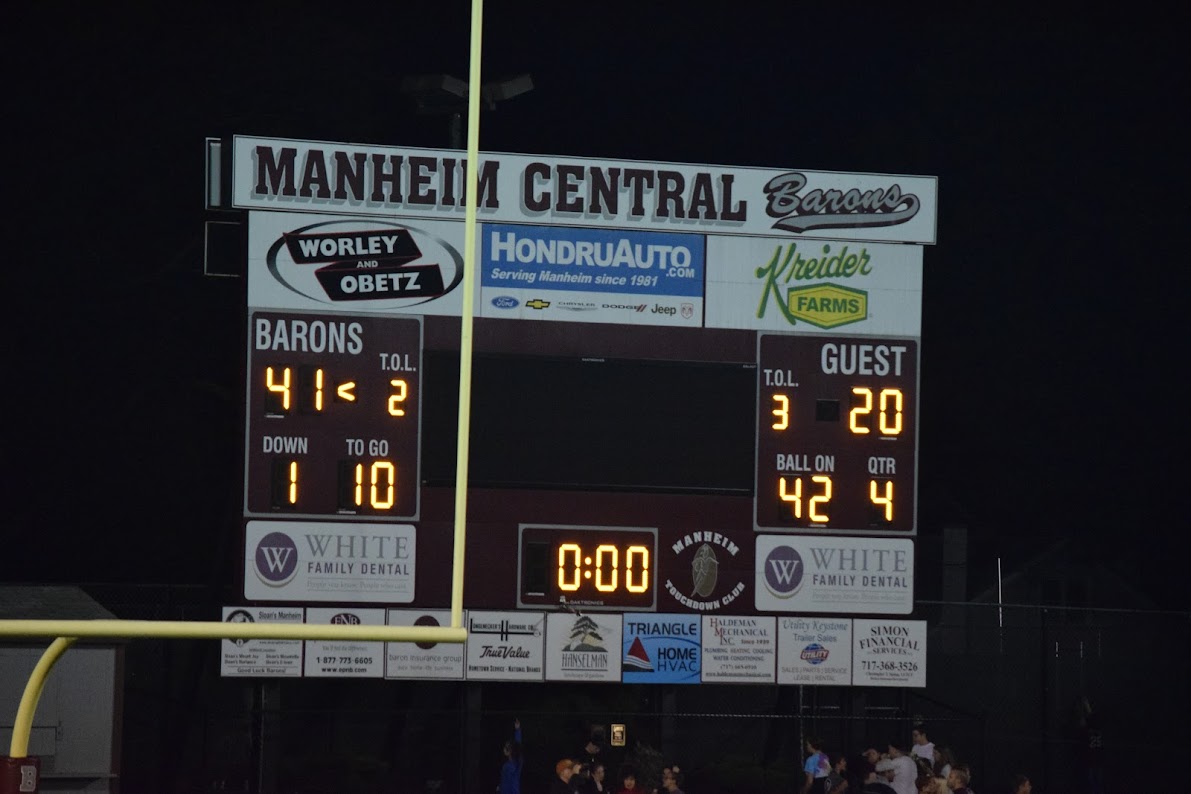 Come support the Pioneer Marching Band and Football Team this Friday, September 29, at our home turf against Ephrata!