In My Own Words: Softball makes it pass first round of districts

In this installment of In My Own Words, Julz Garber talks about her recent softball match against Northern York and the struggles of planning an unknown team.

Going into the first round of districts, against Northern York, is never an easy task. You are playing teams that you never even heard of from who knows where. You can look at their scores of their games, but how do you know what to compare that to if you have never played the teams that they have played. So going into this first game, we are basically playing blind. 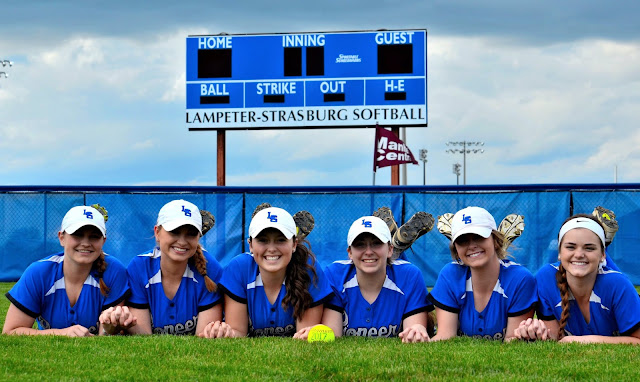 The first inning was pretty standard, three up, three down. When it was our time to hit, the first two girls came up, had nice hard hits but both got out. This team obviously did their research, because the walked out next hitter, the best hitter on the team, because there was an open base. That girl stole second and now was in scoring position for the clean-hitter to hit her in.

After letting this girl steal second and taking that first pitch, she was ready to hit her in. She hit shot to center field and gets by her. We are up 1-0.

That was pretty much the end of our bats after that. We got some girls on base but they were all left stranded out there. They were some innings in the field that were nerve-racking. Like when they got a girl on first and second with their top of their lineup back up. But the pitcher pitched out of it and they out with no runs. There was also another inning where they had bases loaded, but we got a pop-out to get out of that one.

When Northern York got to hit for the final time in the seventh inning, they were getting hype and ready to hit, but out pitcher kept them down, and we went 3 up, 3 down to end it too.

So by the end of the game, the score ended up as 1-0 favoring Lampeter-Strasburg.

L-S will play Shippensburg in the quarterfinals on Friday, May 26.

In My Own Words is a first person written series that highlights Lampeter-Strasburg High School students activities.
By Julz Garber In My Own Words Northern York Softball Softball Game