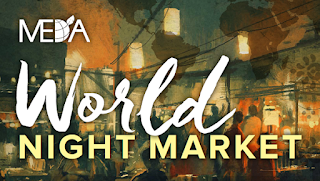 MEDA (Mennonite Economic Development Associates) is an organization that helps to create business opportunities to poverty stricken countries is in charge of the event. For student to get credit for appearing at the World Night Market they could go on a scavenger hunt. The scavenger hunt required going to the different tents set up as countries from around the world and taking a picture at them.

After finishing the scavenger hunt students were to show the pictures to Mrs. Lindsay Shehan (advisor of the Cultures Club) the next day at school as proof that they attended the event. 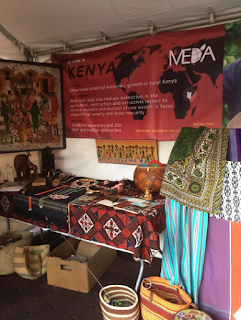 The different stands were selling foods from the respective countries that they were representing and there were raffles to enter.

Sofia Campbell a student who attended the market said, “It was really cool because there was traditional music from the different countries. Overall it was pretty cool.” She also made the remark that, “I don’t think that a lot of people from the cultures club went to this event, but I would totally suggest that they go next year. I mean it’s really interesting and free!”

So next year if you’re a club member or not go and enjoy the MEDA World Night Fair.