By LS Pioneer News - April 23, 2017
For many, Disney World brings back memories of magic, long lines, and expensive food. However, as well as these memories, about 100 L-S music students now have additional memories of being behind-the-scenes in the “most magical place on Earth” that will last a lifetime. 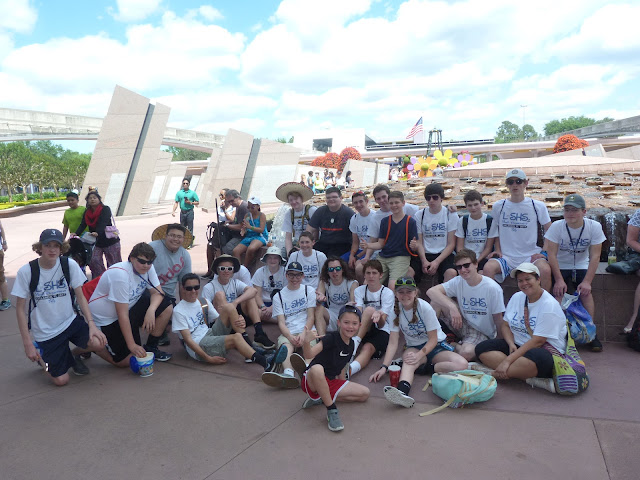 This October, the Lampeter-Strasburg High School music directors, Mr. Rob Shaubach, Mr. Erik Welchans, and Mr. Larry Royer, announced plans for a long-awaited trip to Disney World. After months of fundraising and organization by parents and students alike, the 120 students, teachers, and chaperones pulled out of the high school parking lot in three Disney-bound buses on April 11.

After a grueling overnight 19-hour bus ride, the group arrived in Hollywood Studios, Orlando, Florida. The day was filled with blaring hard metal music on Rockin’ Roller Coaster and screaming heads off at Tower of Terror. And after a mostly sleepless Tuesday night, Wednesday night was a different ball game with lights out at 11 PM and most fast asleep by then. 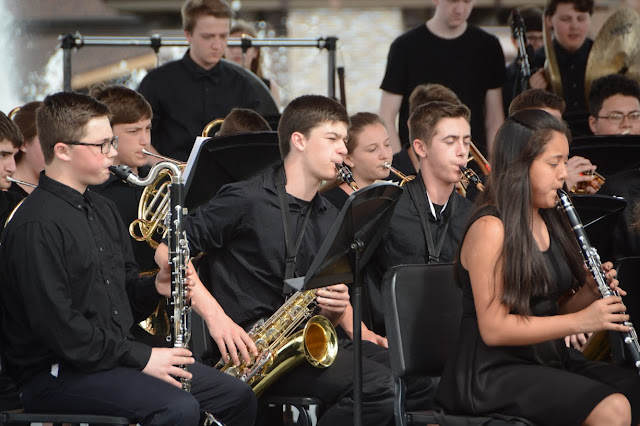 On Thursday morning and afternoon, the music students had the opportunity to learn in a workshop run by Disney Performing Arts. There, teaching artists taught students what being a professional musician, specifically at Disney World, is like. They got to share in that experience by sight reading and then recording portions of a Disney soundtrack. “It’s what every school director wants to do: students prepare on their own, have one rehearsal, and then perform,” band director Mr. Larry Royer shared.

Junior Nolan Davidson’s highlight was the choral workshop. “It was awesome to be working with [our teaching artist]. She knew what she was talking about and helped us to improve.” Freshman Nate Royer, a band workshop attendee, thoroughly enjoyed his workshop as well. “It was so cool. The director was awesome, and the fact that we didn’t know what we were going to be doing made it more interesting. And the songs we played were fun.” Senior Nathan Rosa, a band student, agreed with Royer. “It was an amazing experience, to see how we came together with every piece of music.” Those who attended the orchestra workshop felt similarly. Freshman Abby Goss reflected, “It was a really cool experience, and I think we learned a lot from it.” 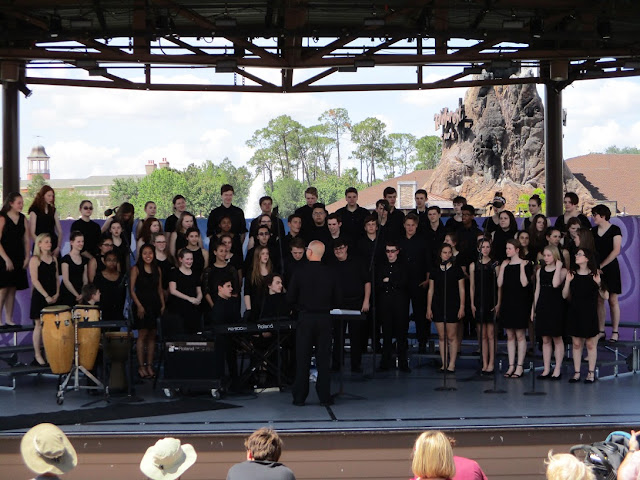 Chorus students sang selections from “Frozen,” led by senior soloist Jaclyn Kuro and junior soloist Steve Greenwood. The orchestra recorded selections from “Tangled,” and band played the music of “Tarzan.” After the workshops, students visited Epcot and had the opportunity to watch the famous “IllumiNations” fireworks show followed by a well-deserved night’s rest.

On Friday morning, the L-S students and directors got to encounter something that most cannot. All three music groups performed a 25-minute concert in Disney Springs, formerly Downtown Disney. “Part of the draw to Disney was the experience of performing on a world class stage,” Mr. Royer explained.

Junior Nick Blair reflected upon being an honorary Disney cast member. “It was like being a part of making the magic that I grew up being mesmerized by as a kid.” The L-S music groups stopped walkers and drew them in with songs such as “America the Beautiful,” “Mambo Greats,” and senior Sam Tropp’s original song “I Won’t Be Sorry.” “We had people who sat down and listened to us who had no idea who we were, and that's one of the greatest honors a performer can receive,” shared sophomore Logan Emmert. “They just listened because they enjoyed it.”
Senior Lauren Bliss had a Disney Princess moment during the choir performance. “A little girl in a Snow White dress looked up at me while I was singing my part in ‘Baba Yetu.’ I blew her a kiss and she reached out and grabbed it.” Sophomore Pierson Castor also had a special time during the choir’s performance of “Baba Yetu.” “While it is a beautiful song in and of itself, no words can describe the utter enjoyment of playing percussion with Luca Ferretti while accompanying such a talented group of singers, many of whom are great friends, in such a special setting.” Junior Cheyanne Waller cherished performing in Disney as well. “[The most meaningful part of the trip] was being in Disney Springs doing something I love (singing) with the people I love.”

However, the trip was more than just music. Sophomore Delaney McCormick felt that friendships were a huge part of the trip. “It was great to spend time with my friends and get closer to them through the trip,” McCormick shared. Junior Ellie Crumpler shared that sentiment. “I loved getting to relive childhood memories while making new memories with friends.” As for junior Laura Komara, she just liked meeting the Disney Princesses.

While the highlights and meaningful experiences of the trips varied, each student, director, and chaperone learned something valuable from the trip and felt the Disney magic for the first time or all over again. After all, isn’t that what Disney is really all about?