By LS Pioneer News - March 06, 2017
As Saturday night's performance of High School Musical started its final curtain call beginning with the graduating seniors, you could first hear sniffling and then crying when at least one actress broke down.
She had a lot reasons to cry.

This weekend's production of High School Musical was witnessed by approximately 5,000 people. If you count the teasers earlier in the week that number swells to 8,000.
Those 8,000 people were not just L-S community members, students and families from at least Penn Manor, Manheim Township, Manheim Central, and Garden Spot (who is also doing the same musical next month) made the commute.

On March 2, 3, and 4, the Lampeter-Strasburg Thespian Society put on High School Musical for the annual spring musical. Kyra Hersh who went to see the last performance on March 4 said that one of the first songs was Troy, played by Logan Emmert, and Gabriela's, played by Lauren Bliss, song "Start of Something New," with the whole cast joining in for a reprise after their duet. Hersh thought it was a strong start to a great play. L-S student, Victoria Popielarski, says after seeing the musical, "I really liked the beginning number!"
Hersh said, "One of my favorite numbers during the whole show was 'Stick to the Status Quo,' which was very well directed and choreographed. I loved how the entire cast was involved in that scene and they each had different roles. It was obvious to all viewers that the cast had put so much time and energy into this performance." 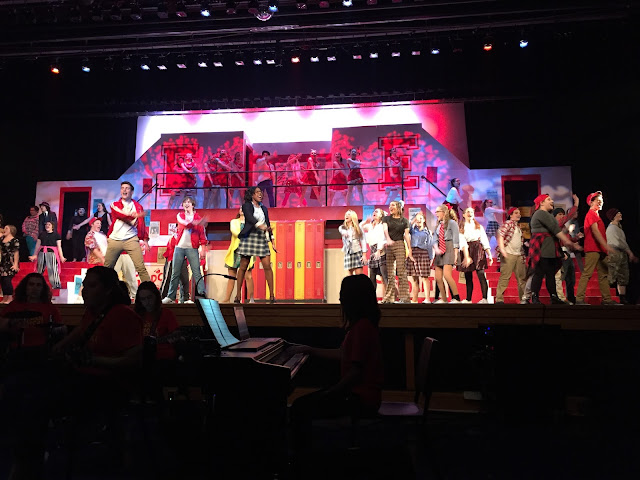 Hersh also said, "The finale of 'We're All In This Together' was so well sung and choreographed. I was thoroughly impressed with the professionalism of the number." After the "curtain closed," seniors came out onto the stage for one final song and curtain call. Several were crying for this was their last high school show.
Whatever the reason for those tears, the cast and crew of High School Musical had been a part of something special.