By LS Pioneer News - January 19, 2017
On November 8, 2016, businessman Donald J. Trump defeated all odds, winning thirty states out of fifty in the presidential election. His candidacy was one of much controversy, but after the failure of the Obama administration, not even Donald Trump, one of the most unlikable candidates in American history, was capable of losing.

Once the president-elect is inaugurated on January 20, 2017, Republicans will have majorities in all branches of government. Hopefully, they will use this opportunity to restore and maintain our prosperity, security, and freedom. 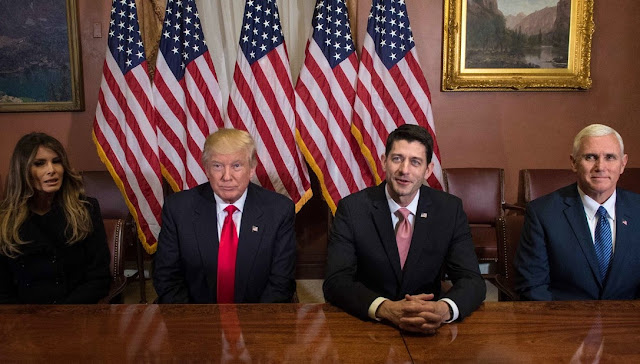 As I stated many times during the campaign, Donald Trump’s policies were never my concern; his lack of principle was, however. Trump once told a reporter that he was running for the Republican nomination, not the conservative nomination.

He rarely, if ever, spoke about the importance of limited government, individual liberty, and personal responsibility. Granted, his policies reflected these ideals far more than Hillary Clinton’s did, but the fact that he rarely acknowledged these principles is troubling. On the other hand, Trump’s selection of so many strong conservatives for advisory positions ensures that conservatism will not be absent from his presidency.

There were many domestic issues at the forefront of this election, such as the economy, healthcare, and illegal immigration. Donald Trump promised to cut taxes, remove unnecessary regulations, and renegotiate trade deals to bring about an economic boom and reduce our $19 trillion national debt.

Trump also vowed to repeal and replace Obamacare: “We will work with Congress to make sure we have a series of reforms ready for implementation that follow free market principles and that will restore economic freedom and certainty to everyone in this country.”

Lastly, the president-elect has continuously stated, since the first day of his campaign, that he will end our unceasing problem of illegal immigration by building a wall along our southern border and deporting those who have come into the country illegally. Because Republicans have retained their majorities in both houses of Congress, Trump will have a greater capacity to fulfill these promises.

During these last eight years, worldwide terrorism has been on the rise. It is indisputable that Donald Trump’s strong foreign policy stance played a major role in his victory. Trump, like most conservatives, believes firmly in the concept that a strong national defense is the most effective way to preserve peace.

His proposals include submitting a new budget to rebuild our depleted military, promoting regional stability while advancing America’s core national interests, ending our current strategy of nation-building, working with our Arab allies to defeat radical Islamic terrorism, and ensuring that our refugee policy takes into account the security of the American people. No one would be so naive as to claim that it will be easy, but if Trump is able to achieve these goals, his presidency will be a success beyond any expectation.

At a Lancaster rally on August 9, 2016, Vice President-elect Mike Pence told supporters, “This election is between change and the status-quo. It’s between a vision for a stronger America at home and abroad or continuing down the same path of failed leadership that has weakened this nation.”

While the outcome of this election presents an excellent opportunity to the Republican Party, this is not a time for usual partisan politics. We are all Americans despite any ideological differences we may have. We may each have different visions for this country, but if we all work together for the betterment of this nation, we will truly see a period of unity unlike any other.