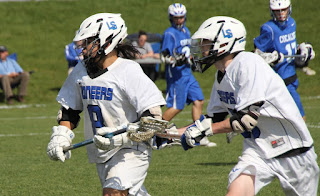 Boys Lacrosse
The seniors stepped on the field for their last home game on Monday, May 2nd. The Lampeter-Strasburg boys lacrosse team defeated Lancaster Country Day School 21-2. Despite having a rough start, the boys did not let Country Day's lead get in their heads. The second quarter had a much faster start than the first. Towards the end of the first half, Nate Patterson took a set-ups, and claimed his 200th goal for L-S. When asked about the game, rather than say anything about his impressive feat, he said, “The team came in really focused to play LCDS -- the focus allowed us to win end to end”. The second half of the game was a blur of L-S goals. The L-S boys trampled over Country Day’s defense. The seniors earned a beautiful win to wrap up their season on the home field. Senior Alex Knarr said “[he] spilled sauce on the field for the last time; let’s hope it stains” as a wish for this season to be remembered fondly. While sad that its last home game was over, the team looked forward to its next game at Hempfield. Their game against Hempfield was not in the Pioneers’ favor, as the team lost 13-9. This loss did not affect the team detrimentally as they progress into leagues, but they faced Hempfield again in the first round of playoffs. The results of the game against Hempfield determined if the Pioneers would move on further in leagues. The difficult league game left the Pioneers fighting for every point. With six seconds left in the game, the Pioneers tied the game at 12-12. Forcing the team into overtime, where they won 13-12 against Hempfield.
Boys Lacrosse will play Tuesday May 17th in the District tournament at 7:00 pm. 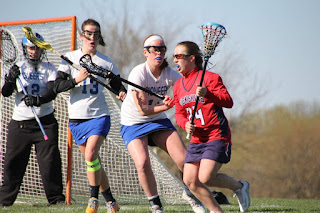 Monday, May 2, the headstrong girls lacrosse team fell to the overpowering lacrosse team of Lancaster Country Day. With the loss of their last away game in regular season, the following games are crucial to their continuation in districts. However the Pioneers battled the Black Knights for a tiresome loss last Wednesday. The L-S girls lacrosse team had a close, back and forth game against Hempfield. Throughout the lengthy game, the leading scorers varied between the teams, creating suspense as to who would win the game. When half time arrived, the Pioneers were winning by two, with a score of 10-8. As the second half commenced, the rain increased in volume, causing the field to become slicker, hindering both teams, however the Pioneers were more negatively affected. Hempfield triumphed through the rain and increased their score to tie the game shortly after half time. As the teams repeatedly ran up and down the field, the rain did not help the amount of slipping and falling. With only 5 minutes left in the game, Hempfield took the lead with a score of 13-12. The clock ran out as the L-S girls lacrosse team fought hard to try and tie the game, but with no avail. After this devastating loss, the L-S girls team will not be progressing on to leagues.  However, districts is just around the corner, and the team did exceed expectations and accomplish making it into a part of the postseason. Overall, both of these losses did not inhibit the Pioneers’ postseason chances, as the girls lacrosse team now moves on to play York Catholic in the beginning of districts on Tuesday, May 17. The team is optimistic for the game and they hope to succeed to further establish themselves as a constantly improving team.
Girls Lacrosse will play Tuesday May 17th in the District tournament in York County. 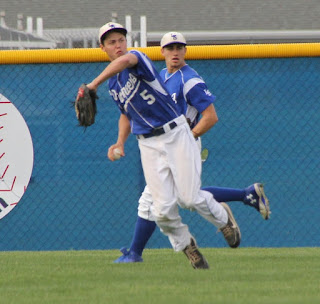 Baseball
The baseball team's season came to a close with an away game against Elizabethtown on May 9th. The team lost 0-1 against Etown, ending a disappointing season in which the Pioneers finished last in Section Two with a record of 6-12 and 4-10 in the league. Senior pitcher Garrett Groshong contributed to many of the team's wins with a high number of strikeouts for the season. Unfortunately, the team finished with a 7-13 record, and did not make the playoffs. 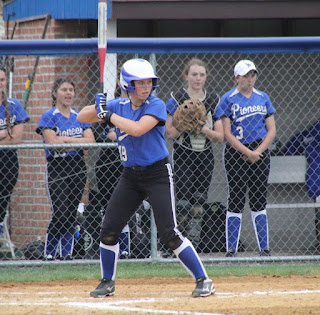 Softball
The softball team is entering playoffs after an outstanding season with a record of 20-0, 16-0 in the League. They defeated Manheim Central on May 11th at Garrett Field with a score of 11-1. Pitchers Jordan Weaver, Delaney Groff, and Natalie Carson led the team with phenomenal performances. The team lost its opening round game in the league playoffs, however, to Hempfield, and thus is eliminated from contention at that level. Pioneer Softball will now focus on Districts, which begin on May 24th at 4:30 pm at L-S. 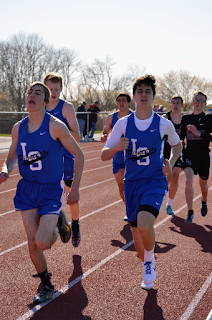 The high school track and field teams recently finished their regular season meets with a home meet against Solanco on Monday May 9th. The boys lost to Solanco with a score of 110-50 while the girls defeated Solanco with a score of 107-43. Although Solanco overpowered L-S in many of the boys events, notable performances came from the boys 4x400 team (Caleb Gawne, Ryan Fahnestock, Michael Kuhns, and Brady Stoner) and the boys 4x800 team (Michael Kuhns, Jansen Miller, Noah Pritchard, and Caleb Gawne), taking first in their events. The L-S girls contrarily took first place in several events. Individuals including Lindsay Szymanski, Jasmine McClintock, Julia Pritchard, and Kristen Herr won first along with the 4x100, 4x400, and 4x800 teams. Several members of the track team will be traveling on Friday evening and Saturday to participate in the L-L League meet at Hempfield. For a full preview, check out our article. 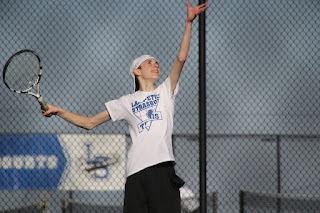