Pippin Preview: A survey of all the hands that make it work

In less than a week now, Pippin, the story of Charlemagne the Great’s youngest son’s journey through life, will be opening in the L-S Performing Arts Center with three performances each slated for 7:00 PM. It promises to be a spectacular show, but many people don’t realize all the work that’s been condensed into those three nights. Auditions occurred last year, and the show has been forming since January. There's a lot more than meets the eye. We spoke with students in several different capacities.

Stage Crew: Ashley Zehr, Senior Stage Manager
Our first stop is on stage, but not with the actors. They may be the show, but the machine keeping them moving is the crew. Ashley Zehr, a senior, is the stage manager this year. She wants everyone to know that “even though you don’t see us, we are constantly running around, making sure ever 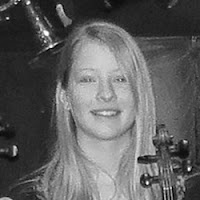 Next, we jump down into the pit orchestra, where the motto is “the show couldn’t go on without us,” at least for Kristen Mast. Mast, a freshman violinist, and Josh Kirchner, a freshman trumpeter, are each experiencing their first high school musical, but have some differing opinions. “I like Pippin,” Kristen interjected when Josh admitted he didn’t really like it.

In regards to why he is participating at all, Kirchner says, “Megan Doolittle told me to.” Doolittle, a senior trumpeter, knew that she needed someone to carry on in future years.

Both Mast and Kirchner are ready to put on the show however, and put the music in musical.

Technical Crew: Cory Grey, Senior Production Manager
No one would hear or see anything if it wasn’t for the tech crew in the back. Cory Grey, a senior, is currently helping organize this tech-heavy show.

“It’s not as easy as plugging something in and pressing play,” he says. “There are tons of things to know, watch, and that can go wrong. You have to keep a level head and not give up when something goes wrong.”

This week has been tech week for the show, where those wrongs are righted, and the tech is ever present and ever busy. However, Grey “likes all of it equally. Doing the sound I have to be able to understand and tolerate all of it,” but “the big numbers are the hardest.” Be sure not to take what you see and hear for granted.

Actors: Steven Greenwood, Sophomore playing Lewis
Of course, there are some actors too. Steven Greenwood, a sophomore playing the role of Pippin’s half brother Lewis, gave some of his time before practice. Greenwood got into the musical because of “all of his friends, and the experience.” And that’s not just onstage, but all the chaos in between. The hardest part for him is “working together as a cast, and with little crew,” as this show dictates. But he said that “yes, definitely,” he would be back next year. His favorite numbers are "Morning Glow" and the grand finale, the big ones.

And Steven reminds everyone why we appreciate the theater: “It’s a chance to escape our daily lives, and join the characters for a few hours.”

We hope to see you March tenth, eleventh, and twelfth, to do a little magic.