By Ben Pontz - February 07, 2016
This past Friday, Lampeter-Strasburg High School held its annual Sadie Hawkins dance, sponsored by the Varsity Club. A Sadie Hawkins dance seeks to break the mold of boys asking girls, by reversing that paradigm. In many cases, though, students attended with their friends to experience the music, games, and lots of dancing. There was a good turnout of students from all grades. 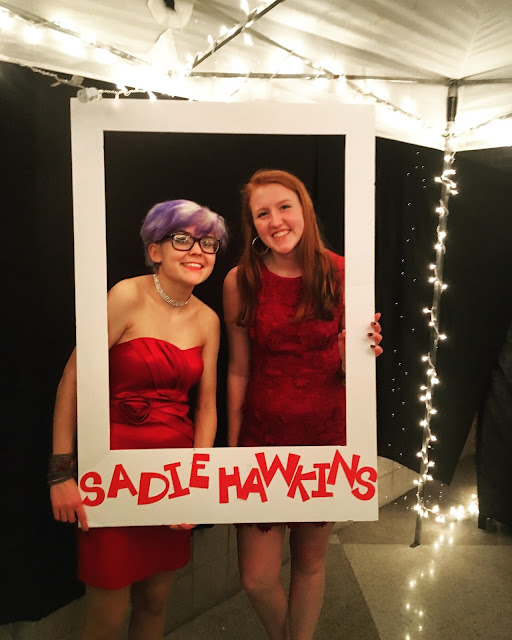 Much of the music was provided by The Good Fat, a live band composed of Lampeter-Strasburg alumni including Kyle Hancock and Ian Goss. They played a variety of music -- predominantly funk and rock, a good combination that kept students dancing.

There was also a DJ that played all the regular teenage anthems, such as Silento’s "Watch Me", and "Shut Up and Dance With Me", a high school dance staple by Walk the Moon. Other musical highlights were The Good Fat playing Tequila and the DJ playing “Thriller” by Michael Jackson inspiring an impromptu flash mob of students doing the actual dance moves.

The dance also included carnival games, which were enlarged versions of the classics found in nearly every household. They had large Connect 4, large Checkers, and Jumbo Jenga. Students were scattered throughout the hall playing throughout the night.

There was also a photo shoot option, consisting of a large polaroid frame, and many props, such as oversized lips, catchphrases, and masks.

All in all, Lampeter Strasburg students had a great time at their Sadie Hawkins dance.