Our Hot Mess: Now's the time to celebrate! (briefly) 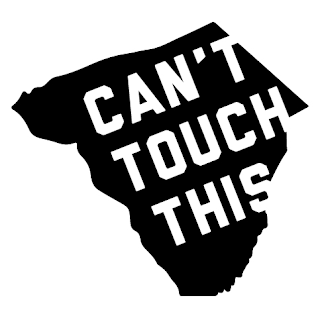 Last week I introduced the topic of fracking and natural gas to the Our Hot Mess discussion table, provoking the appropriate follow-up. Now, I don’t know if our President happened to read my high-school-level, flip-book-view article or what, but the only important fact is: Obama rejected the Keystone XL pipeline. This is a big deal. No, it does not directly impact the decision regarding the Atlantic Sunrise Pipeline in Lancaster County, but it does perpetuate a movement against the natural gas industry. So celebrate!

I am also acutely aware that there are many people and parties and companies strongly advocating for the natural gas industry, arguing it will stimulate economic growth and provide thousands of jobs. Individually and short-sightedly, that may be true. And in comparison to coal, natural gas emits less CO2, giving it the misguided title of “environmentally friendly.” But when analyzed next to more eco-friendly, job-stimulating, and world-economy-bettering alternatives like solar photovoltaic and wind, natural gas simply doesn’t make sense, especially when taking into account community disruptions like the aforementioned fracking.

This past Thursday I had the great opportunity to hear Dr. Dennis Witmer speak on natural gas in the global marketplace at Franklin and Marshall College. The upcoming text is just about the most simple way to attempt to explain this otherwise complex subject.

The boom of getting natural gas from shale began in 2008, and by 2010, there were peaks of natural gas collection at 15 billion cubic feet per day, BCF/day, in the US. In simple terms, we are raking in - and depleting - the natural gas reserves like crazy. But this natural gas isn’t for Americans, no. Williams, the energy company involved with and for the pipeline in Lancaster, told liquid natural gas - LNG - markets in Asia that the growth is in the exports. Cabot Oil and Gas has publicly stated they will sell their LNG to Japan.

I’m sure you’re now thinking, but won’t export of LNG increase GDP and provide jobs? Immediately, yes. And we would use arbitrage -- the taking advantage of price differences among multiple markets -- like no other. But eventually the local excess supply of natural gas will fall and the domestic price will begin to rise. This means higher gas bills for us. And obviously not all export is unfavorable; it can be stimulating to an extent.


But read this next part slowly....

A rather poignant thought that helps to put export into perspective, though, is that each US citizen uses about 845,873 british thermal units per day. A British Thermal Unit is the energy it takes to raise one pound of water one degree Fahrenheit. A Therm is 100,000 BTU of natural gas, and a Dekatherm, DTh, is the equivalent of 1,000,000 BTU. Cabot Oil and Gas states to export 850,000 DTh/day. A lot of natural gas, okay? As a matter of fact, that is enough for every person in five counties the Lancaster pipeline would go through to get energy every day for each daily amount exported. Seems kind of silly, right? That the pipeline goes through people's’ properties in order for major businesses to get rich off of the global market?

This all brings us back to saying no to the Atlantic Sunrise Pipeline. FERC, the Federal Energy Regulatory Commission, is on the clock to make a decision by April 2016. Let’s say no together. Spread the word. Educate those who aren’t aware of natural gas debates. And remember the prescient words of our President: "America is now a global leader when it comes to taking serious action to fight climate change, and frankly, approving this [Keystone XL pipeline] would have undercut that leadership.”