By LS Pioneer News - January 08, 2020
Winter Cheer has been so much fun so far. Memorizing chants and cheers can be tough at times, but I'm enjoying it. We've started to do stunts at practice! Those are pretty hard too, but with time, I'll be able to do them at the Basketball games. 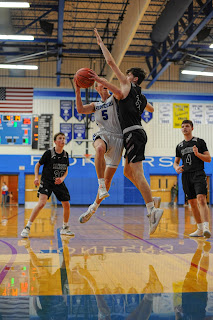 Speaking of basketball games, last Friday, the Pioneer Boys' Basketball team went up against Manheim Central. It was a close game, but L-S scored another victory, 47-36. This spectacular win brings the Pioneer record to 6-4. 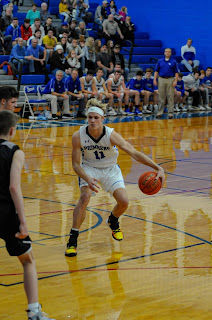 The game started with an end of first-quarter score of 15-11, Pioneers in the lead. Then, both teams scored eight points in second quarter, ending the half at 23-19. In the third quarter, Manheim Central stared to make a comeback, scoring 13 points and bringing the score to 32-28. Central didn't score too much more for the rest of the game, while L-S pulled through, scoring 19 points in the fourth quarter.