By LS Pioneer News - September 22, 2017
On Monday September 11, the Lampeter-Strasburg High School Girls Soccer teams played Lancaster Mennonite at home. Both games were supposed to start at four, but due to injuries on the LMH team the Varsity game started at four and the Junior Varsity game started at 5:30 pm. Varsity defeated Mennonite 4-0. JV had an equally successful winning 2-0. 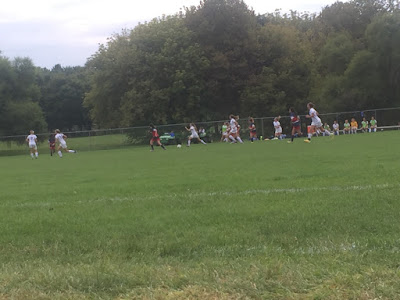