In My Own Words: The Highs of Baseball and Lows of a Concussion

In this installment of In My Own Words, Skyler Reese talks about baseball tryouts and the set back of an concussion.

After a winter of workout sessions, the spring sport season finally arrived last Monday on March 6. With the season officially started our three hour baseball practices have become more focused and disciplined in our journey to become a better team.
I have high hopes of making the team this year. My focus has been on increasing arm strength and improving my hitting.

On Tuesday before the official start of the season at a workout session, I was running to catch a ball, but the notice came a bit too late that I was close to the fence and I crashed into it. I cut my finger. I had to go to the trainers because it would not stop bleeding. Far worse, I found out the next day that had a concussion and a broken nose.
I had to miss school Friday, sentenced to a day of bed rest. On Saturday I had another doctor's appointment. Luckily, I show no more signs of having a concussion. I unfortunately cannot tryout today, but the coach is willing to evaluate me later as I can do more as I go through the return to play program.

Since Monday I have been going through the return to play program which eases me back into playing sports and performing everyday activities.

On Monday, I had to jog for 15 minutes on the treadmill and check in with the trainer afterword’s to make sure I showed no signs of symptoms. After I checked in, all I could do was sit, watch, and help set up for tryouts. 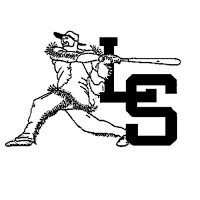 On Tuesday after school, my task was to run as hard as I could for fifteen minutes and again showed no signs of symptoms. I was allowed to only do running drills for tryouts. Luckily we did do some running, and I got to be timed for running 77 feet. Unfortunately that was the only running we did, and I could not do anything else that day.

On Wednesday I only had to check in with the trainer. I told her that I was still symptom free. She let me go to my tryouts with the sole limitation of no dives. I was excited that I could finally throw and hit after doing almost nothing for several days.

At the end of tryouts the coaches’ met and discussed who they were keeping and who was being cut. When they were done the coaches handed out letters to all the players and inside it said if you made it or not.

Everyone got one except me. When I asked the coach and he said that he wanted to evaluate me for another day so I should come to practice the next day. So the next day I headed to practice and was evaluated on my base running, fielding, and hitting. At the end of practice the coaches meet again to discuss if I made the team or not.

This was the second time I had to wait for an answer and after the second longest 15 minutes of my life, I was told I made the team.