By LS Pioneer News - April 09, 2016
On April 2, I was lucky enough to see Hamilton on Broadway. The show is written by Lin-Manuel Miranda and depicts the life of Alexander Hamilton through primarily rap music. Many other styles of music appear throughout, including but not limited to the R&B feel of “Wait ForIt” and the boogie groove of “What’d I Miss.” 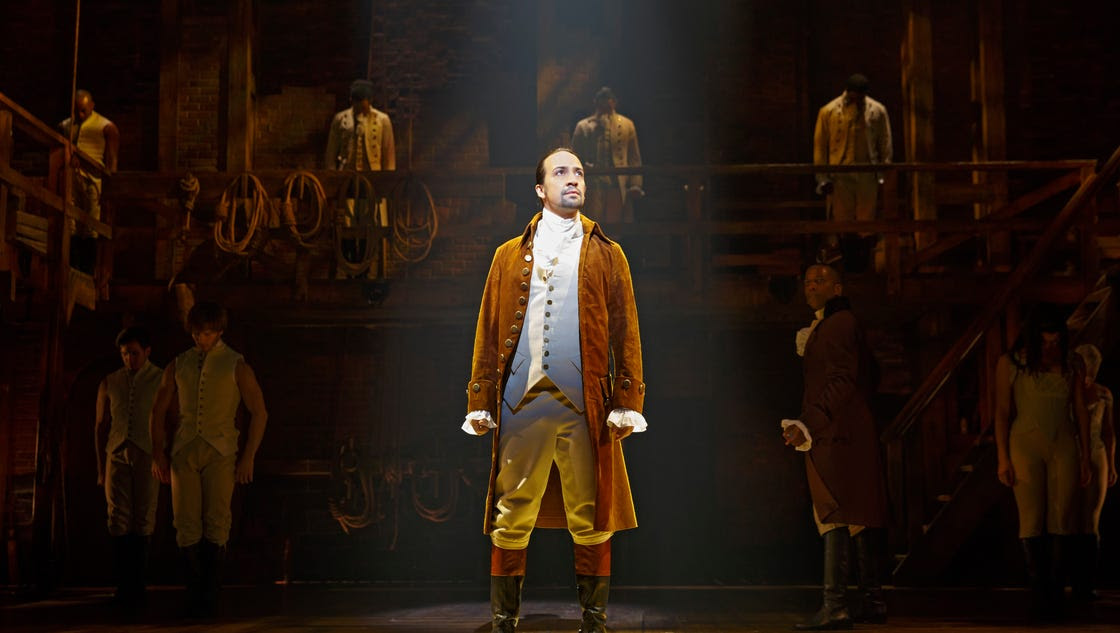 Normally, Miranda plays the role of Alexander Hamilton, but for this particular performance, his alternate, Javier Muñoz played the part. After listening to the soundtrack more than enough, I was used to Miranda’s tone and his inflection on every line, so I was apprehensive about seeing Muñoz. At the end of the show, I had been entirely turned around. It was hard to imagine anyone other than Muñoz playing the part. Leslie Odom Jr. was also one of the highlights.

For those who aren’t experts on early American history (it’s okay; I wasn’t either until Hamilton came along), Aaron Burr fatally shot Alexander Hamilton in a duel, which Burr tells the audience in the first song. It was enthralling to watch Burr’s relationship with Hamilton darken as time went on as their opinions began to differ more. “Wait For It,” my personal favorite song, represents the feelings that Burr keeps suppressing as Hamilton takes what he wants and raises the stakes. Eliza Hamilton’s (portrayed by Phillipa Soo) “Burn” is an incredibly powerful piece of music that takes the audience through her thoughts and feelings. Add those songs to “Yorktown,” “Blow Us All Away,” and “Who Lives, Who Dies, Who Tells Your Story,” and Miranda has created a soundtrack more diverse than the cast performing it.

Lastly, I have to mention Daveed Diggs, who plays Marquis de Lafayette in the first act and Thomas Jefferson in the second. His acting was comedically brilliant; both of his roles were so differentiated from the rest of the cast, but also from each other. I left the theater wishing that I could see him in a movie, a television series, or another musical, but he already has a career as a rapper and is doubtful to take many other comedic roles. He is an incredible rapper, as he demonstrates in “Guns and Ships,” but he really stole the show with his acting.

The show has become especially noteworthy not only because of its music and actors, but also because it features a largely black and Hispanic cast in a show that isn’t specifically about race. When we think about ethnically diverse shows, The Color Purple and Once on This Island come to mind. These, while they are masterpieces, feature black and Hispanic casts because one is about slaves and one is about peasants in Haiti. Even one of Miranda’s earlier works, In the Heights, fell into the trap of casting minorities for plot purposes as it follows the Latino population of Washington Heights.

Hamilton is unconventional in that (other than the part of John Laurens) there are few references to race or racial oppression. The fact that we can cast actors of color to play traditionally white figures like George Washington and Thomas Jefferson is refreshing, not only because it brings minorities to the white male-dominated history of America, but also because it brings white audiences to a rap show. American society has progressed so much in that people of color have just as good a chance to get cast as anyone else, and, quite frankly, there is no reason that casting inequality should have taken this long.

Tickets for Hamilton are sold out until far into the future, unless you want to pay obscenely expensive prices for them, but you can listen to the cast recording, and I strongly recommend it. It is a great musical about American history, and it’s an enormous cultural phenomenon that will leave its impact on the world for generations to come.