Robots aren't built; they are printed

By LS Pioneer News - November 07, 2017
When the robot apocalypse begins, Lampeter-Strasburg sophomore Lander Hollsinger might be the one blame.

Hollsinger has been traveling to Downingtown four days or more a week to work as the lead designer for his FIRST Tech Challenge robotics team this season. That's on top of his marching band commitments. 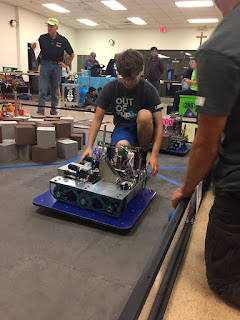 This past weekend Hollsinger's team competed in the first non-sanctioned match of the season. This event served as a big practice for their first judged event in December. 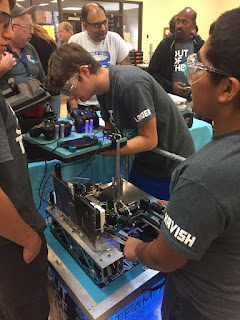 The team's robot is not completed yet. In fact, the robot will look and perform much differently in December but it at least gives you an idea of what it does. 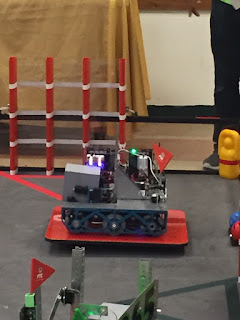 Hollsinger is in charge of designing and CADDing the drive train of the robot that you see in the video and the intake mechanism currently still being developed. He also designed additional parts that he 3D printed on his printer at home.


Last year Hollsinger competed at worlds in St. Louis last April against teams from Russia, Romania, and South Korea. Below is the official video from FIRST revealing the FTC 2017-2018 Relic Recovery Game. All teams watch this video before they start building their robot.

If you are interested in STEM, an Engineering/S.T.E.M. club has formed here at Lampeter-Strasburg.

If you have any questions about the club you can talk to Nathan Brightup, Mark Wittemann, or Daniel McMichael. The STEM club is planning to enter the Governor's competition in February where participants are challenged to invent something that will help the citizens of Pennsylvania.
3D Printing FIRST Lander Hollsinger Robotics