Showing posts from October, 2015
Show all

By Unknown - October 31, 2015
In the most intense game of their season, the L-S Pioneer Varsity soccer team took on the Bermudian Springs Eagles in the first game of the District Playoffs. Bermudian Springs took the first shot in the first 2 minutes from a direct kick awarded for a personal foul. The Pioneers weren’t concerned, however, and Peyton Denlinger made the first shot for the Pioneers a minute later, from the corner. Peyton made another shot within the next minute that rolled to the Eagles keeper.

The Eagles used the punt from their goalie to move the ball into the Pioneers’ territory. They attempted to take a shot six minutes in, but Dylan D’Imperio cleared the ball. The Eagles made another attempt on goal, but goalie Jake Klecko was ready and scooped the ball up off the ground. Using their advantage and Klecko’s punt, the Pioneers took the ball into the Eagles’ defense and made two shots within the eighth minute. Set up by a header taken by Nate Erb, Alex Knarr took his shot from the upper left corner o…
Read more 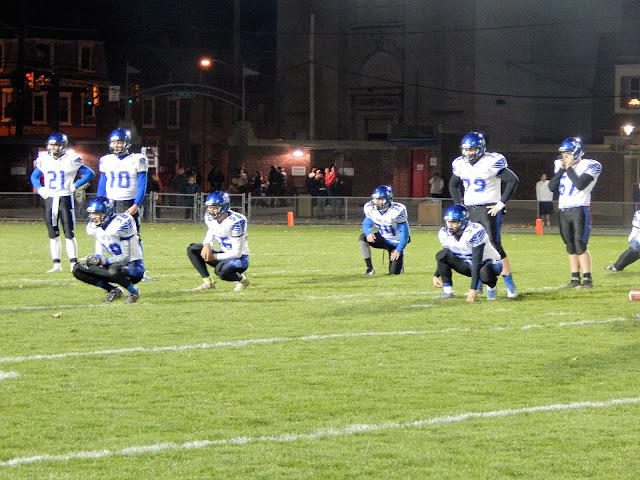 Halloween Eve was a strong win for the Pioneers at Lebanon, but also a concerning one. L-S had a -1 turnover differential , allowed three sacks and two 50+ yard Lebanon TD runs. Such a poor showing would have certainly been a loss against any other team, and is very concerning only a week away from playoffs.
But when you win by 41 points, that cures a lot.

With that said, lets talk playoffs (What’s that? Ah — Playoffs? Don’t talk about — playoffs? You kidding me? Playoffs? I just hope we can…
Read more 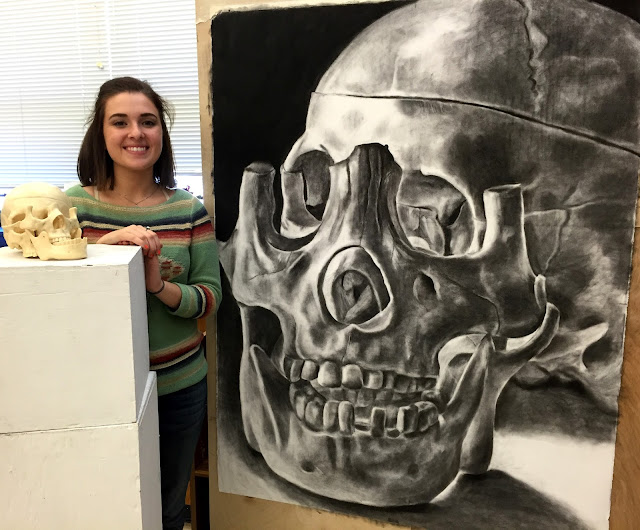 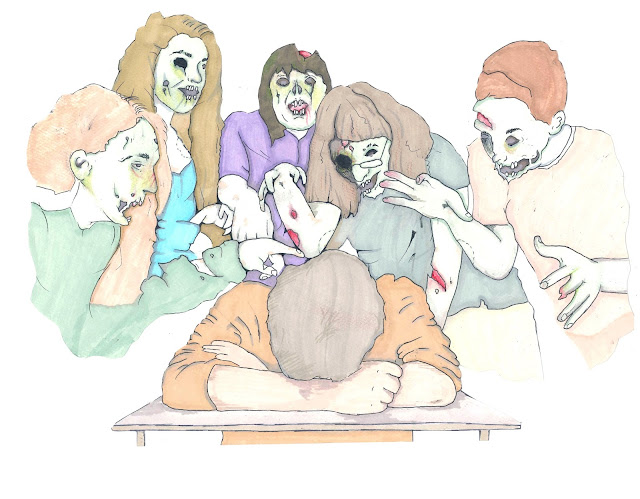 By Ben Pontz - October 30, 2015
Recently, President Obama called for reform to standardized testing, something we’ve needed for far too long. He released through Facebook a video briefly detailing what this reform would look like. He asks that testing makes up no more than two percent of class time and that each test should fit three criteria: must be worth taking, should enhance teaching and learning, and should give us an all-around look at our students’ and schools’ performance. Obama ran on the denouncement of standardized testing but hasn’t made a reduction to it since his 2008 election, and actually implemented his education initiative Race to the Top which encouraged states to adopt the Common Core (and thus a new set of standardized tests). Obama's recent announcement finally shows signs he may come through on his promises, and make an effort to fix our failing education system.

President Obama’s predecessor, President George W. Bush, also made a well-known attempt to fix our education system in his No Ch…
Read more 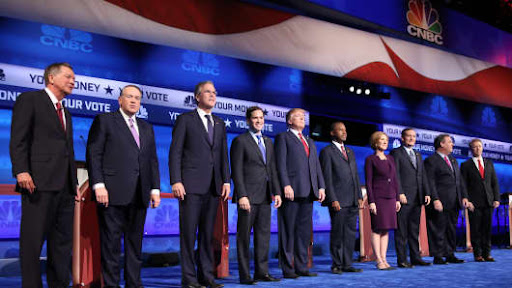 The first debate took place at Quicken Loans Arena in Cleveland, Ohio. It was a good debate in which the majority of the questions were about the issues that Republican voters care about. I thought the second debate, hosted by CNN, at the Reagan Library was as bad as it could possibly get. Almost every question was: “This person said this about you. Will you please respond to that person?”
If you ever wonder why some liberals really make conservatives angry, this debate is the perfect answer. These moderators from CNBC did not have any intention of asking legitimate questions about the economy as they claimed they would. The moderators did everything in their power to humiliate each and every one of the Republican candidates. In the Democratic debate, candidates were given two minutes each for an opening statement. In this Republican debate, each candidate was given thirty seconds to explain their weaknesses. 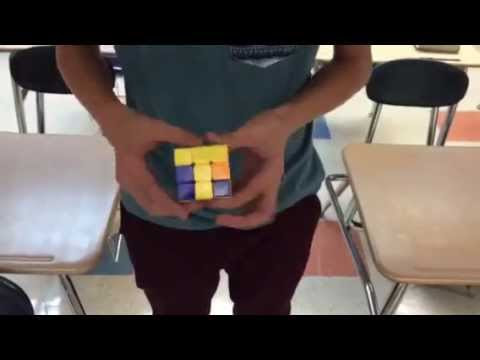 In the words of Freshmen and master cuber, Mason Knarr, "Cube or die."
Even though there is one solution out of 43 quintillion possible combinations, the inventor of the Rubik’s Cube spent a month of solid research trying to figure out how to solve it.
A Rubik’s Cube is a 3-D combination puzzle invented in 1974 by Hungarian sculptor and professor of architecture, Erno Rubik. The classic Rubik’s Cube has six sides covered by nine stickers, each of one of the six solid colors: white, red, blue, orange, green, and yellow. The objective of the game is to have each face returned with only one color.
Freshmen Mason Knarr demonstrates (at 2x speed)
how to solve a Rubik's Cube. The first time he did it,
it took him two days. Today, less than two minutes.
To play, you twist and turn each block to get a certain color on one side. It was made to symbolize contrasts of the human condition: bewildering problems and triumphant intelligence. Rubik’s Cubes are not only for solving when…
Read more

A Five K with Flapjacks: Aevidum seeks to raise awareness about mental health

By Ben Pontz - October 30, 2015
Do you like pancakes? Well, as luck would have it, you can have all this and the chance to support a great cause this Saturday at the L-S High School. The L-S Aevidum Club, founded last year, will be holding a 5K run and pancake breakfast next Saturday, November 7, for mental health awareness. LSNews.org had the chance to talk to Katelynn Gebhart, a Co-President of the Club, about the event. A photo posted by LS Pioneer News (@lspioneernews) on Oct 30, 2015 at 4:47am PDT
School psychologist Ms. Kristin Glass poses with some of the raffle baskets available at the Aevidum 5K race
“It’s an event made to raise awareness of mental health issues,” she says. “Many people live with a mental health issue, and yet it is not commonly talked of or addressed.”  The Aevidum club, dedicated to making school a better, more inclusive, and happier place, is thus holding its first large scale event to get out its message.
The leadership of the club thought a race would be a great idea. “There are many 5K r…
Read more

Op-ed: Oh the thinks they will think!

By Ben Pontz - October 30, 2015
Editor's Note: Dr. Seuss wrote fun and whimsical books for children, and this essay isn't too serious either.

Two years ago, I found myself standing on stage, decorated in colorful blue feathers and singing cheerful songs on top of an enormous bird’s nest in a production of Seussical: The Musical.I sang songs that encapsulated my character’s distaste for her appearance and her lack of self-esteem. I played the small and quirky Gertrude McFuzz , a character who spent the majority of her stage time lamenting her unattractive looks by comparing herself to Mayzie, a bird with glorious and flowing feathers. I envied Mayzie’s beautiful feathers.Children loved Gertrude and her spunky yet awkward outlook on life. In my title song, “The One Feathered Tail of Miss Gertrude McFuzz,”I sought guidance from the Cat in the Hat about how I could improve my appearance to attract the attention of a boy. An elephant, actually.I innocently gulped down an excessive number of pills from the “Pillbur…
Read more

A photo posted by LS Pioneer News (@lspioneernews) on Oct 29, 2015 at 7:34am PDT
Read the entire article found in the LS News archives.  This and other back issues are available for reading.
Read more 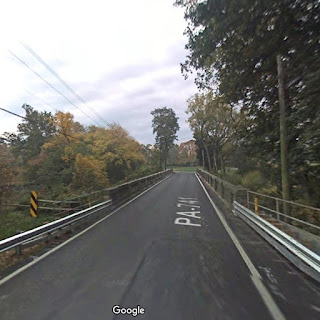 The fact that Village Road is currently a dead end isn’t news to anyone who lives in Strasburg. The 5,400 vehicles that traversed the bridge spanning the Pequea Creek daily have mostly been rerouted either down Penn Grant Road or out onto the Strasburg Pike since April. Maybe it doesn’t seem like a whole lot, but bus drivers and students on the way to school will argue that the extra cars on the road make a huge difference.
As always, the community is annoyed by the disturbance that the road block causes, especially because it directly follows the renovations of the Strasburg Pike Bridge. Strangers turn around in frustrated residents’ driveways, bus drivers navigate different bus routes, and the detour uses up precious time (especially if you’re running late to homeroom!) and gas. However, PennDOT deemed the old bridge structurally deficient, and consequently had to make repairs.
The old one lane bridge was originally built in 1923, a time in which roads were only beginning to experien…
Read more 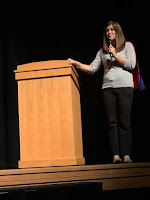 Students and staff assembled in the Performing Arts Center this afternoon to learn about the upcoming Mini-Thon, a district-wide event that will be held from December 4 at 6 PM until December 5 at 6 AM at the High School.

Masters of Ceremony Matt Paich and McKenna Kimmel welcomed students and staff, and introduced a skit performed by members of the Mini-Thon committee that reenacted the story written by Christopher Millard, in whose memory the fund was founded, shortly before his death. He thought the four pillars necessary to overcome cancer were courage, wisdom, honesty, and strength, and wrote a story in which a protagonist went on a journey to find those four diamonds and defeat a witch -- cancer itself.

"We could have used a few more rehearsals," acknowledges Mrs. Lindsay Shehan, the advisor to Mini-Thon in regards to the assembly as a whole. "However, I hope people have a better understanding of what a Mini-Thon is and want to participate."

To that end, this …
Read more 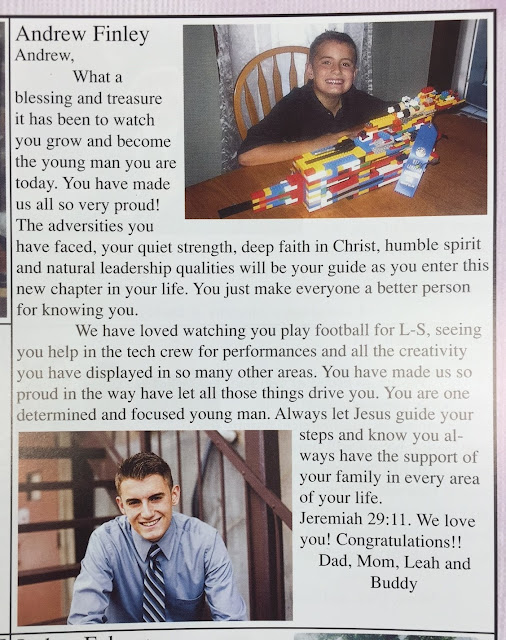 Are you the parent of a senior student? Have friends in the Class of 2016? Great news! The Pioneer Yearbook is offering family members and friends of seniors the chance to be a part of the 2016 yearbook.
The “Ads for Grads” section is an opportunity to congratulate seniors on a job well done! Messages are presented in the form of an advertisement in which you can include a personal message and photograph on a 1/4 and 1/8 page advertisement or 1/16 page advertisement with a message only.

Order forms and additional information are available in the High School Office, HS Library, and on the Pioneer Yearbook website.

Orders are due by November 13 to Miss Henry in the High School Library. Download a PDF of the order form here.
Related:2016 Pioneer Yearbooks now on sale
Read more

By Ben Pontz - October 28, 2015
No matter the circumstance or presented situation, schools and the government expect quite a lot from high school students. Seemingly intolerable and outright demanding, tasks resemble catapulted objects hurled into the direction of unsuspecting students. Students receive these tasks before they can prepare or let alone recover from the previous onslaught of toilsome work. The monotonous insanity of schoolwork must ease and the agendas of effected students must accommodate the instilled expectations of topics that supposedly represent the aspects of "real life" as a whole.
To express that high school prepares students for their lives ahead of them represents a misleading, two-sided lie. In many professional fields, scholastic efforts truly do resemble what later employers may expect, but the workload of high school (as well as college) in comparison remains fairly unparalleled to the "real world." Endless hours of assigned projects, presentations, reports, and essay…
Read more

Let us boil cabbage together on our ... violins? 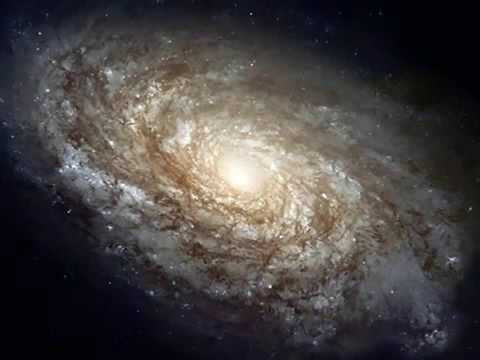 Some 170 burly laborers traversed through the bucolic Lampeter countryside to attend a hoedown this evening in the barn ... er, Performing Arts Center.

Tonight marked the first concert of the year in the PAC, and it featured the fourth grade, fifth/sixth grade, seventh/eighth grade, and high school orchestras, all under the direction of Mr. Robert Shaubach, whom, in the spirit of the concert entitled "Hoedown", one might label the "caller" (although there was no square dancing, to the dismay of ... well, no one).

The high school's symphonic orchestra -- often known as "full orchestra" -- opened the concert with Aaron Copland's venerable "Fanfare for the Common Man", which featured the orchestra's brass and percussion sections.

Fanfare for the Common Man was written in 1942 for the  Cincinnati Symphony Orchestra after the United States entered World War II
After the high school, the fourth grade orchestra made its world premier right her…
Read more
More posts