If you upset this villain, be careful he doesn't grab a spoon. Meet the evil Sheriff of Nottingham

If you upset this villain, be careful he doesn't grab a spoon.
Meet the evil Sheriff of Nottingham on November 9-11 on the Lampeter-Strasburg High School stage when The Somewhat True Tale of Robin Hood opens.

The Sheriff of Nottingham (played by Matthew Monroy) is Prince John's right hand lieutenant. While Prince John (played by Braeden Weaver) is a bumbling doofus, the Sheriff is anything but. He is a far more dangerous foe to Robin Hood (played by Brendan Massar) and his band of Merry Men than Prince John ever will be. He's a cunning rival; a real threat to Robin's happily ever after ending. 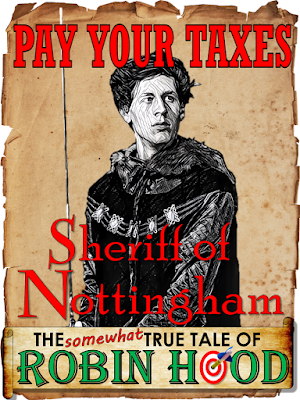 The Sheriff takes pleasure ensuring that the town of Nottingham has more downs than ups as he takes from the poor to give to the rich.

The Sheriff is a master sportsman and man's man. His military training makes him a master swordsman. His ability with the bow and arrow is second only to Robin Hood. He also bowls a very respectable 247.
The Sheriff has hopes of marrying Lady Marian (played by Lauren Torres) but it isn't out of love. Such a union with the King's cousin would place the Sheriff into the line of succession especially since the current monarch is without an heir. Being the fool he is, it would not take much to usurp the throne from Prince John. Accidents happen every day in dangerous places like Nottingham and Sherwood Forrest currently overrun with hooded outlaws. 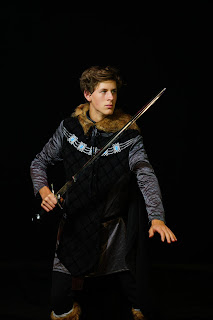