Not every damsel-in-distress needs saving. Meet the Fair Ladies of Nottingham

Behind every great man is a great woman...or a surprised one. Maid Marian might be both. Meet her at Lampeter-Strasburg High School on November 9-11 when The Somewhat True Tale of Robin Hood opens at 7pm. 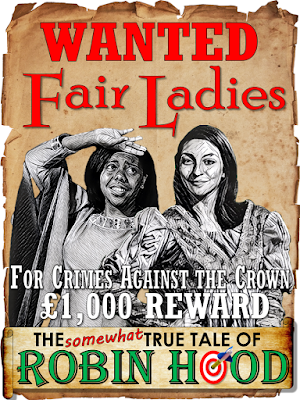 As the niece of King Richard and Prince John (played by Braedan Weaver), Lady Marian (played by Lauren Torres) is ideally placed as a double-agent spy passing information to the rogues of Sherwood under the nose of the evil Prince. All the while fending off advances from the despicable Sheriff of Nottingham (played by Matthew Monroy).

As Robin Hood's (played by Brendan Massar) true love, she shares in his quest to aid the needy. Although she isn't without her own quirks as she has a strange obsession with skin conditions. Nevertheless she is kind and charming. This sometimes damsel-in-distress is an interesting blend of Emma Thompson and Miss Piggy. 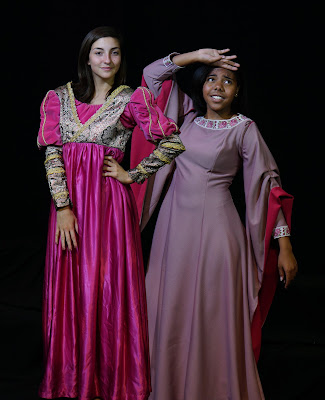 Marian is attended by her Lady in Waiting (played by Cheyanne Waller) who is fed up with castle life. Lucky that it will be another 800 years until social media is invented, this Lady in Waiting is tired of keeping up with the latest gossip and fashion trends of court. She dreams of a simpler life. She has eyes on her own outlaw that lives in the forest of Sherwood. 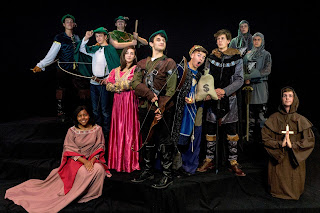