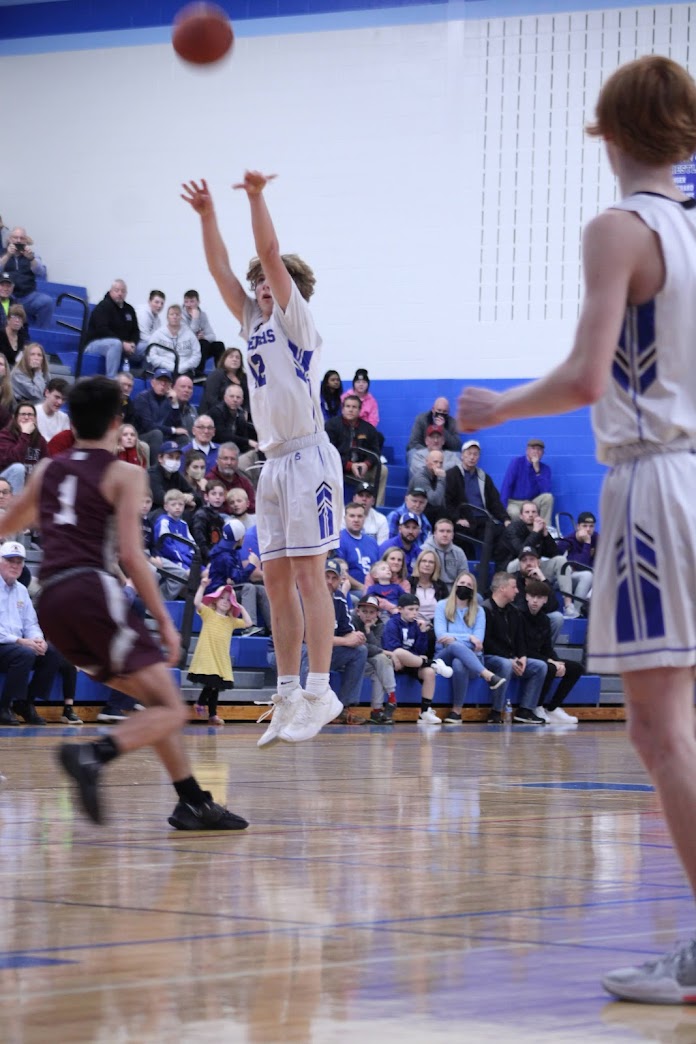 The Mechanicsburg Wildcats are the 16th seed in the District III 5A playoffs. But they’re certainly not your average 16th seed. With wins over strong playoff teams such as Lower Dauphin, Milton Hershey, and Mid-Penn champion Cedar Cliff, the Wildcats are a tough team masquerading as a .500 16th seeded team.

“I told the guys this is no Gonzaga playing Albany,” said L-S skipper Ed Berryman. “These guys are good.”

While the Wildcats never held the lead beyond the opening minutes of the contest, they were constantly nipping at the heels of the 1st seeded and undefeated Pioneers.

The breaking point was right out of the gates in the second half, when the Pioneers went on a 7-0 run.

“We talked about wanting it more and being stronger… We were being a little timid at times,” added Berryman. “The kids responded and came out with that run.”

The Pioneers were without starting guard Berkeley Wagner, who is dealing with a mid-grade ankle sprain sustained in last Monday’s win over Lebanon. Wagner endured the pain in Friday’s league championship game but was only on the court for about a minute in Monday’s 70-60 win.

Lukas Rhodes finished as the game’s leading scorer, pacing the Wildcats with 25 points. Ty Burton was just behind him with 24.

The Wildcats will need to win their next 3 games to qualify for the PIAA playoffs. They’ll travel to Manheim for the consolation quarter-finals on Thursday night. As for the Pioneers, they’ve qualified for the PIAA playoffs but still aim to compete for their first District III title since 2002.

Northeastern is the next opponent for the Pioneers. The Bobcats are the 9th seed, and they defeated Manheim Central by a score of 53-39 to advance to the quarter-finals. The Pioneers defeated the Bobcats 56-38 in the opening moments of the season, bringing home the Northeastern tip-off tourney gold. The rematch will also be Thursday night.