It felt as if it was only a matter of time.

Over the past 40 days, the Pioneers have played 15 basketball games. They haven’t lost any of them. Starting with the first league game against Manheim Central back in Lampeter, and now to a cold January night at Doe Run Elementary School in Manheim, the Pioneers are Section 3 champions. 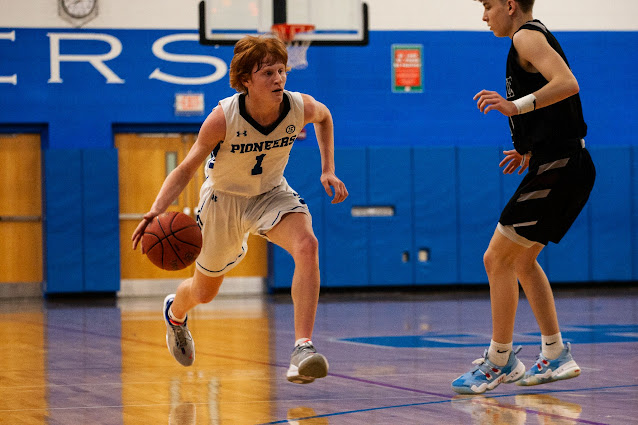 The Pioneers had leading scorer and 2020-21 all-state selection, Ty Burton, out with an ankle injury, not that it seemed to matter. After one quarter of play, L-S had built a 17-2 lead. The lead grew to 31-10 by halftime, and Burton’s replacement in the starting lineup, Luke Hines, was tied as the game’s leading scorer.

The Barons had one silver lining, going on a 9-0 run at the beginning of the fourth quarter. Unfortunately for the home crowd, it was more than a little bit too late. At the final buzzer, the Pioneers were up 62-39. Ben Wert and Trey Grube shared honors as the game’s leading scorer with 17 each.

The win clinches the school’s 13th section title and the 5th title for Coach Berryman. Last year, Cocalico broke up the Pioneers' run of 5 straight titles.

“We had a big streak end last year, so we just wanted to come back at it again. We did that… pretty handily.” added senior L-S guard Luka Vranich.

The Pioneers have the Section 3 title all wrapped up, and they also sit 1st in the District III power rankings.

After the win, Coach Berryman stated “I don’t think with this group, that (focus) will be an issue. We’re going to keep working, set some goals for ourselves, and try to win all the games…”

Burton’s ankle injury doesn’t seem to be serious, though the Pioneers are keen on giving him enough time to fully recover. “We’re not gonna rush him. As soon as he feels better and is ready to play, he’ll be back,” added Berryman.