Every time the Pioneers take the floor, it feels as if the baskets get just a little bit bigger. L-S is 2nd in the league in points scored, behind only the Crimson Tide of Columbia (who are also unbeaten). Every Pioneer on the court can and will drain a three-pointer given any sort of separation. 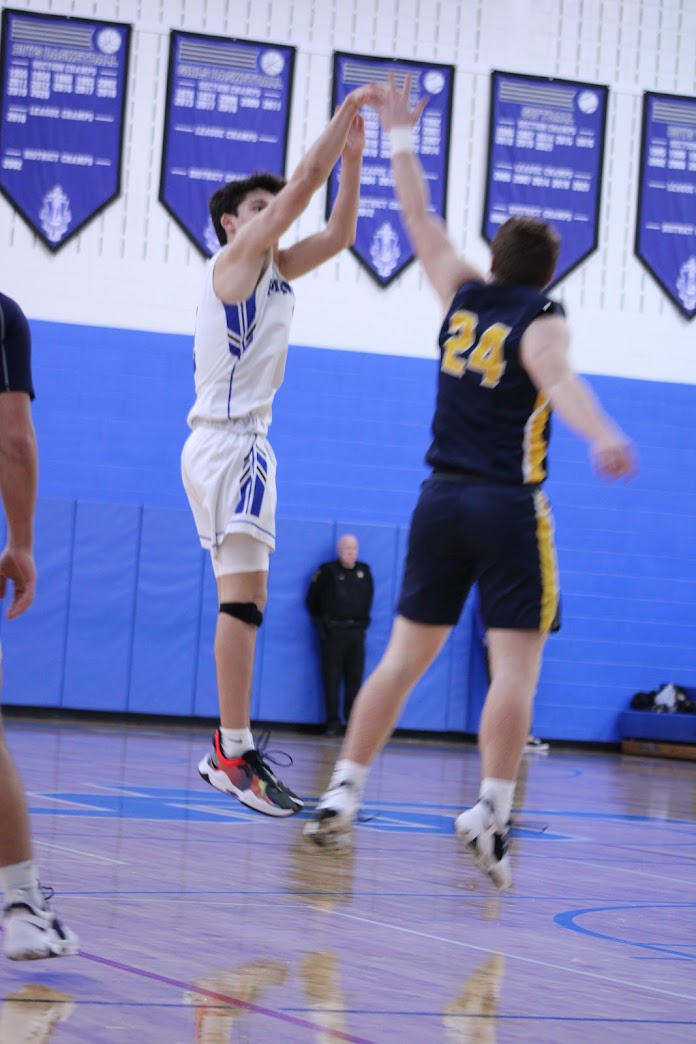 It wasn’t any different Friday night against Section 4 leaders ELCO, as the Pioneers knocked down 13 shots from beyond the arc. Seven of those came from ‘23 forward Ben Wert, who made the first six 3s he shot. 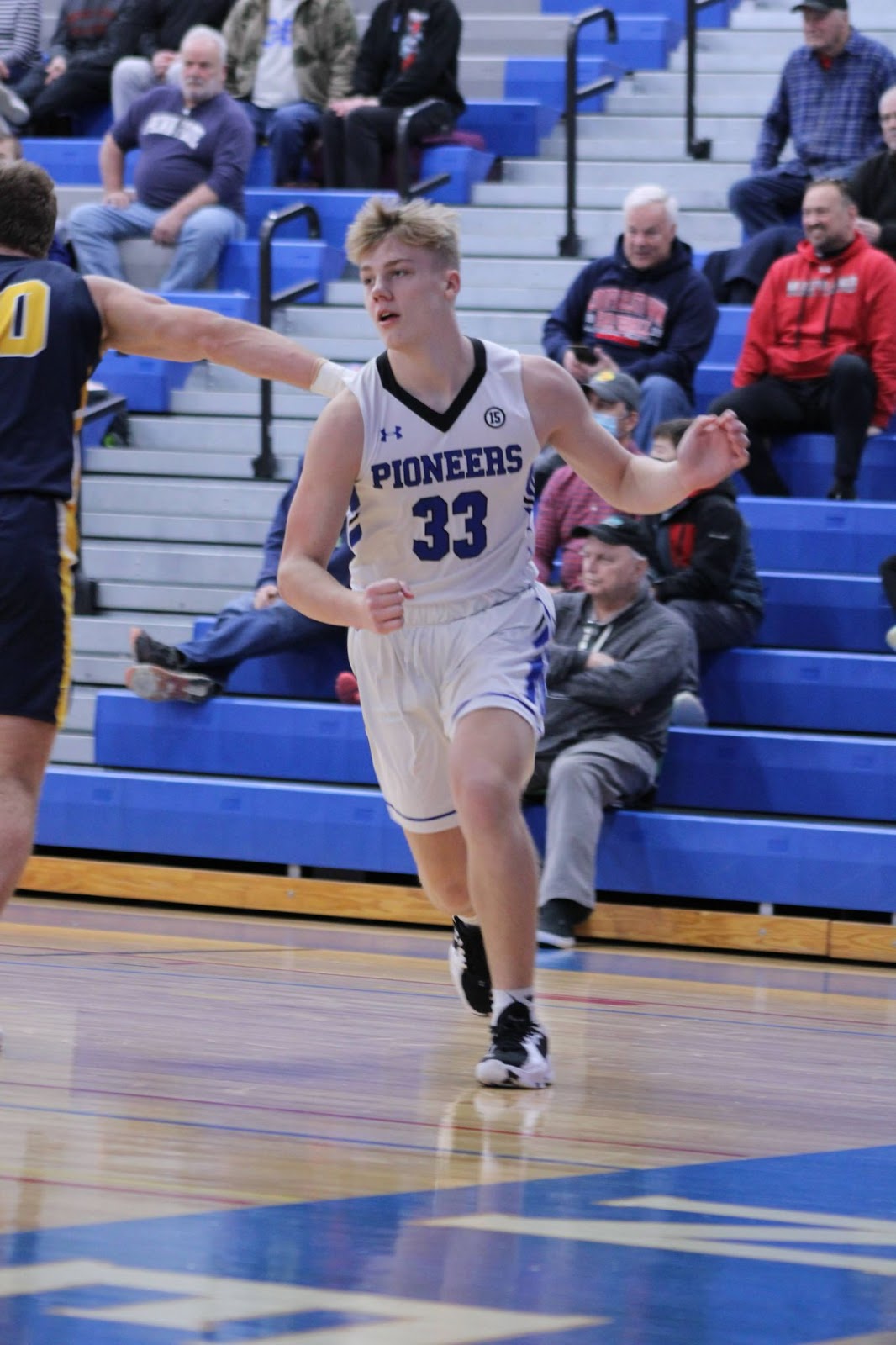 Wert has 200 points scored on the year, good enough for 2nd on the Pioneer roster. He’s scored at least 15 points in six out of eight recent games for the Section 3 leaders. “It makes it a lot easier knowing that I’m going to be able to be open and get my opportunities,” said Wert in regards to his hot hand. 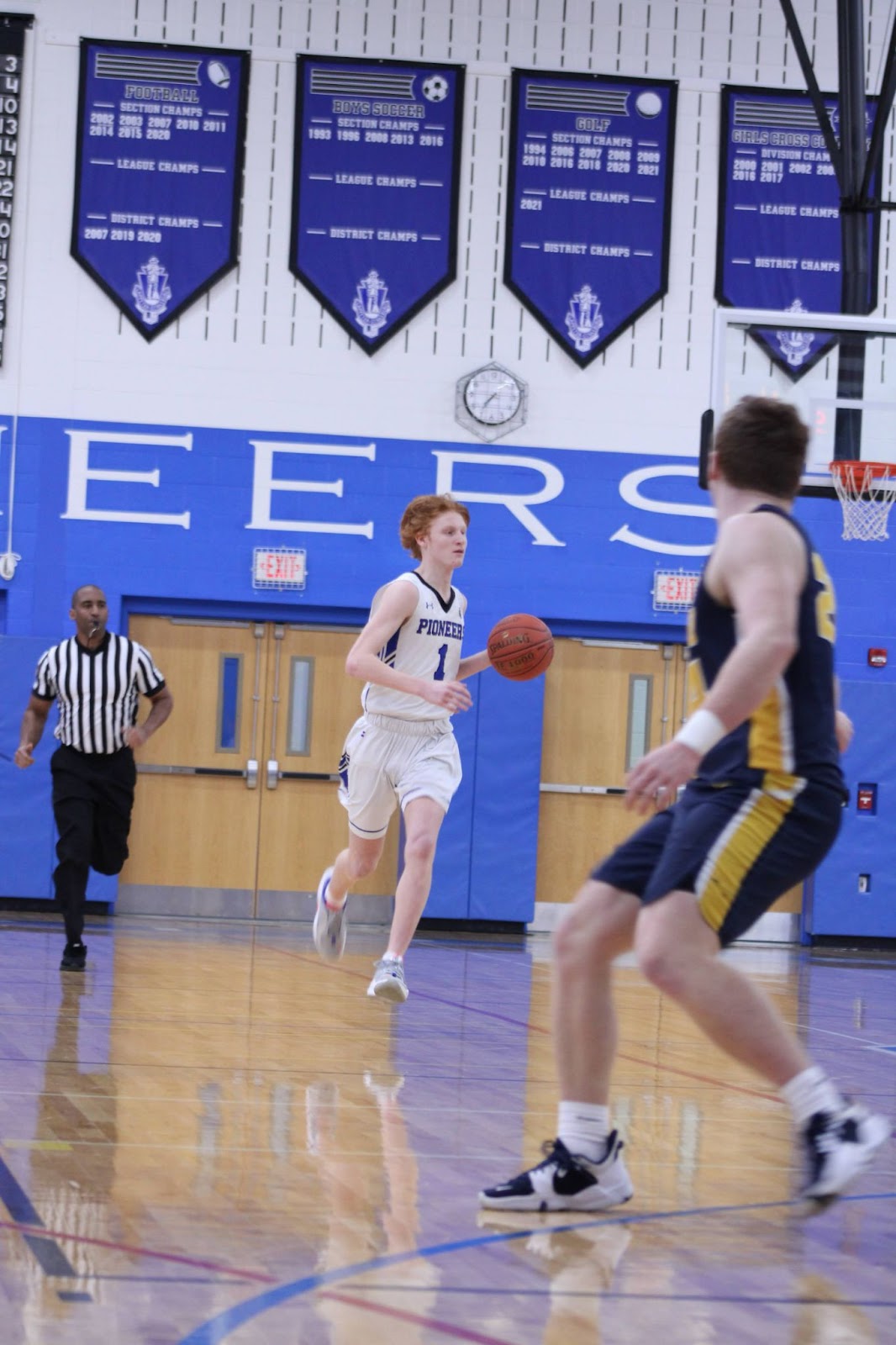 Another storyline of the contest was how the Pioneers were going to be able to defend Corey Attivo, ELCO’s 6-foot-7 center. Attivo came out of the gates hot, but was limited to just three points throughout the game’s final three quarters. Berkeley Wagner and Luka Vranich were the Pioneers tasked with defending Attivo. 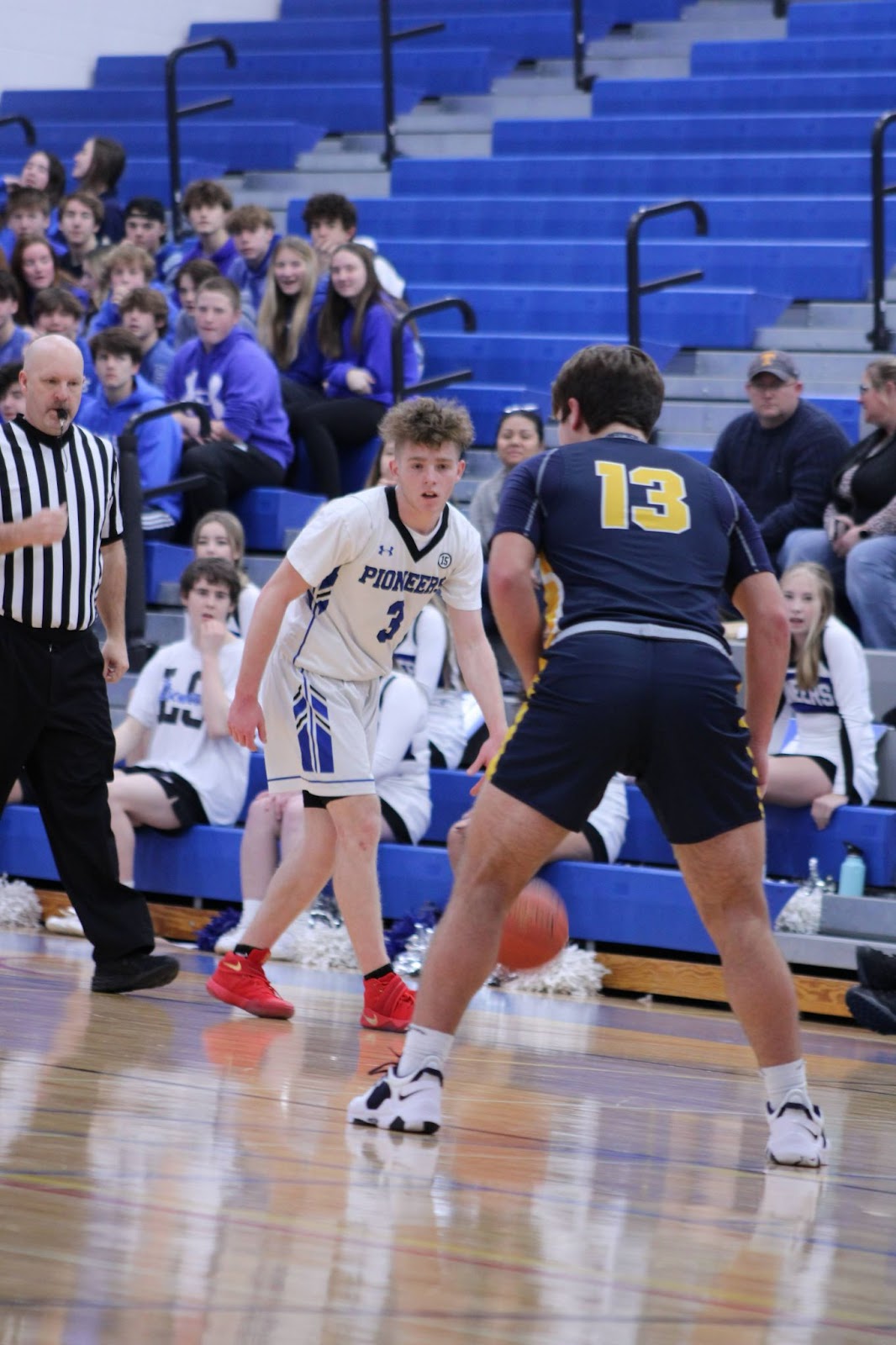 Vranich is often assigned the opposing team’s best player. More often than not, he shuts them down or at the very least suppresses them. He held Attivo to 9, Manheim Central guard Trey Grube to 12, and Northeastern’s leading scorer Karron Malbry to 14. 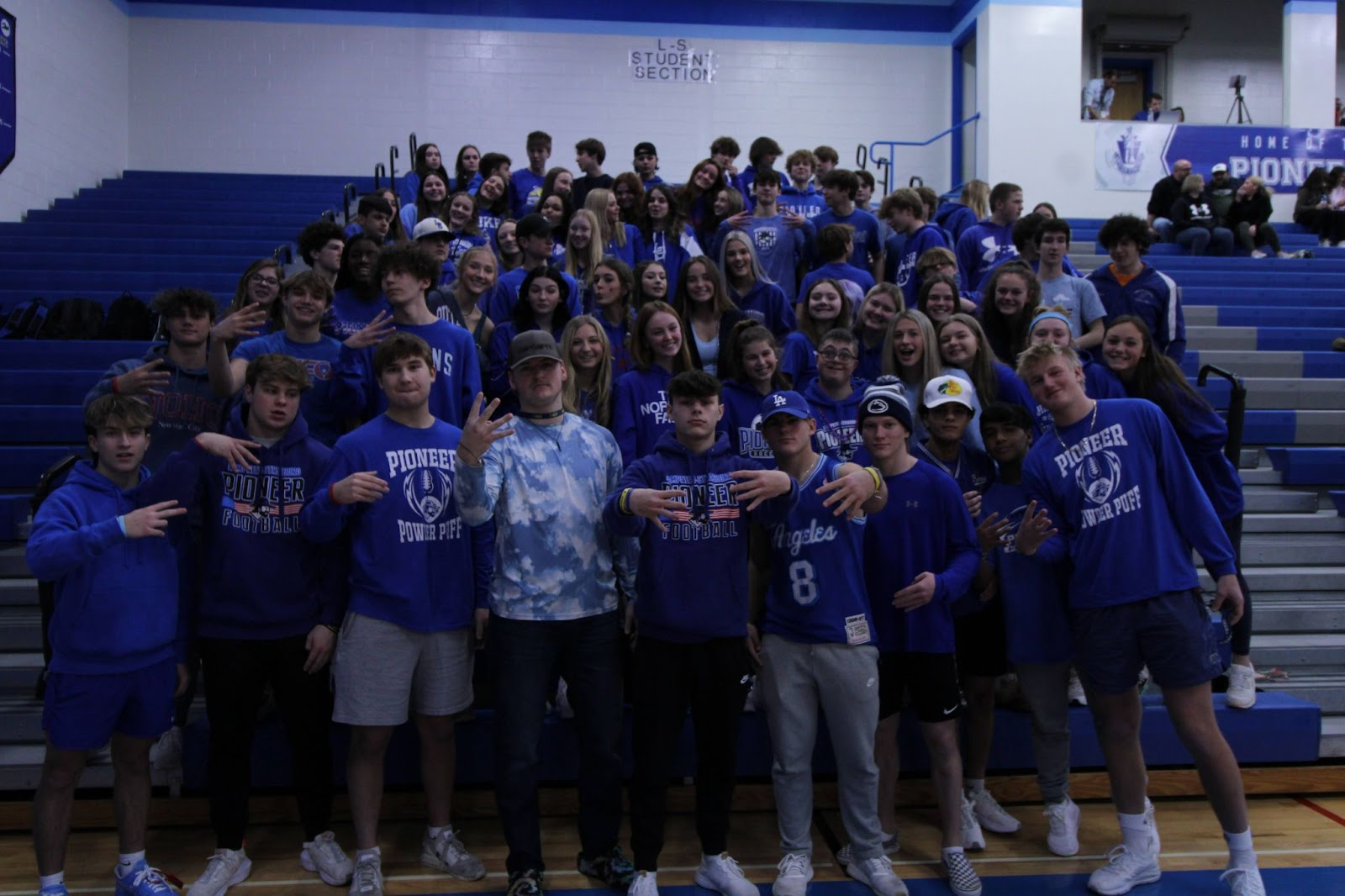 The 14-0 Pioneers are next in action on Tuesday against Manheim Central. A win in that contest will guarantee the Pioneers a place in the L-L playoffs and a tie for the Section 3 title. In the first matchup between the two sides, the Pioneers dominated, winning by a score of 70-47. Since that game, the Barons have gone on a ten-game winning-streak, but have now lost their last three games.