Last season as a Freshman, Ty Burton averaged 20.3 points per game on 46% shooting. He earned a 5A all-state nod, leading the Pioneers to the District III quarterfinals. He’s the second-highest returning scorer in the L-L League, behind only Lancaster Mennonite’s Camden Hurst.

The PIAA basketball season kicks off on Friday, with the Pioneers playing Eastern York in a tournament. 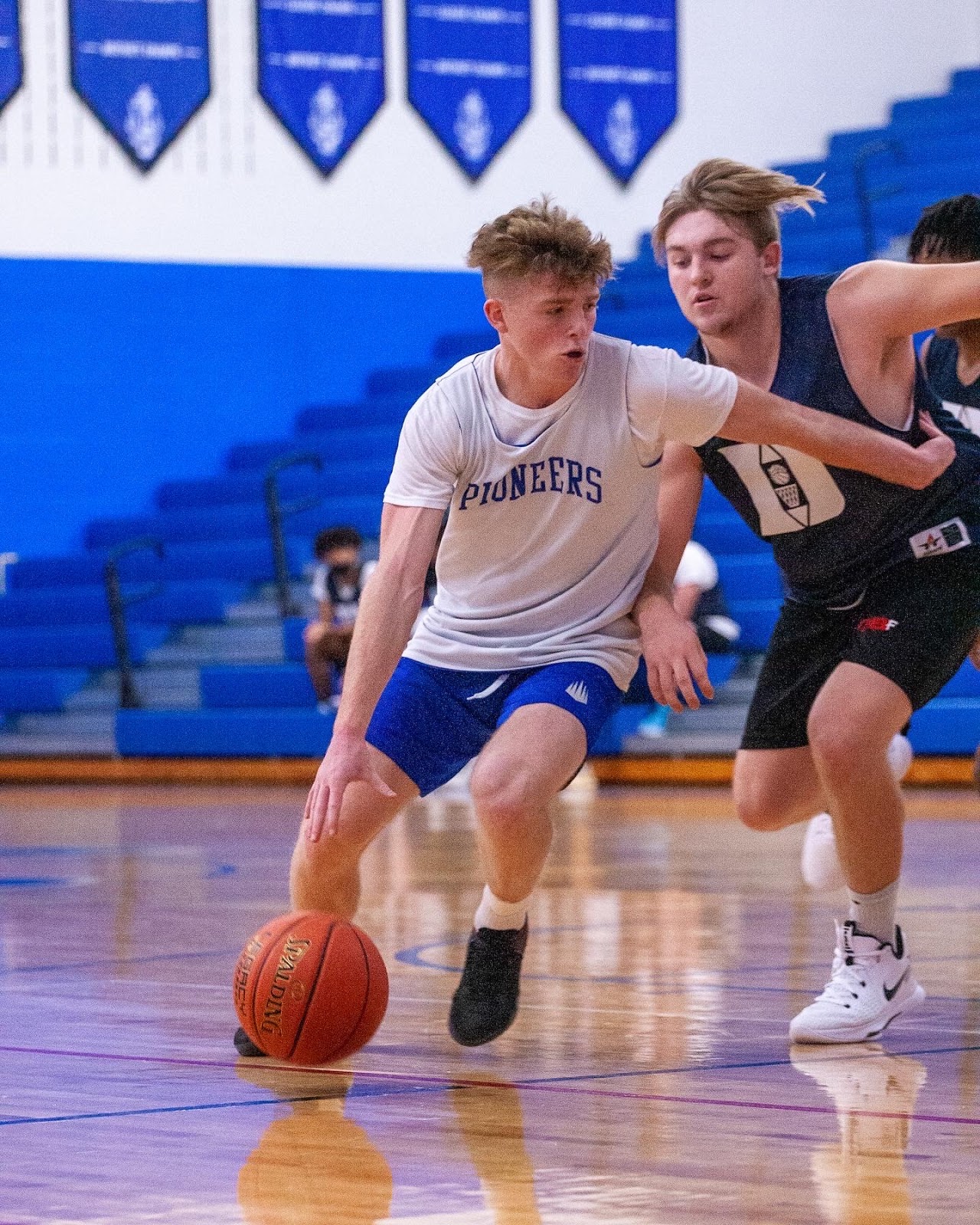 Q: Last season was very different from the typical season. What was the biggest challenge you faced amid the chaos of a delayed season, mid-season outbreak, and starting as a freshman?

A: With the delayed start, the mid-season outbreak, and being a starting freshman, the biggest challenge was knowing that every day there was a chance that your season could be over or affected. We had no idea that we would have a mid-season outbreak, and that changed everything. And it was a lot of pressure, especially starting as a freshman knowing that you have to leave everything out on the floor every night. I had to have the mindset of there is no tomorrow.

Q: You played against a high level of competition this summer with Philly Pride AAU. As a player and a person, what have you learned from the experience?

A: Playing at that high level of competition in AAU, with and against some of the best players in the country, I have learned so much. As a player, I learned that the level of intensity is different out on that court. You are either the predator or prey out there. Nothing comes easy at that level, and you can’t fear anything. Especially being a smaller guard at that level, you have to be tough physically and mentally, as well as very skilled. As a person, I realized that being a good person and having a good personality will create friendships that will last forever. Our team became a family that will always have each other’s backs. “Pride on 3… Family on 6.” We said that at the end of every huddle before we stepped on the court.

Q: Your father, Ed Burton, played basketball in high school at Conestoga Valley. I understand he was part of some very-successful teams there. What kind of influence has he had on you as a player?

A: My dad started me when I was young playing basketball. We would always go outside and shoot hoops together. Then as time went by, I started to fall in love with the game, and was working out constantly. I started to take it serious and wanted to make something out of basketball. I can only thank him for that. My dad was very good in his day. He was apart of the best team in CV history. He was a really good shooter that could score the basketball. So I can only thank him for where I am today from him teaching me the game at such a young age.

Q: You received your first collegiate offer from Manhattan College in June. What did that offer mean to you, and what kind of school do you see yourself winding up at?

A: Picking up my first D1 offer meant a lot to me. It made me work even harder. It motivates me to keep getting better and better every single day to become the best basketball player that I can become. I realized that hard work really does pay off and that you can do anything you want to do if you put your mind to it. Another thing was I proved all of the people wrong that doubted me and told me I could never do it, and it motivated me to keep chasing my dreams and to keep proving people wrong. Also, I have no idea what school I could end up at. God is the only one that knows that.

Q: Finally, what are some of your goals for this upcoming season, as a team and for you individually?

A: Some goals I have for the team is just to win. Last year, we didn’t win sections, and that really hurt me personally. That is my main goal coming into this year is redeeming ourselves and winning that section, and it will not be easy. Last year, we also had an early exit in districts, but this year we want to make a big run in that, as well as states. We just have to stay close and connect with each other on the court as a team. Some individual goals I have is to continue a legacy that I have already started. I want to be All State again, section all star again, and be section MVP. I want to end this year showing people who Ty Burton really is.