By LS Pioneer News - December 12, 2021
On Friday night in the semifinals of the tournament, Lampeter-Strasburg defeated Eastern York 62-38, with Ty Burton scoring 20 points. In the title game, the Pioneers faced off with tournament hosts Northeastern, who defeated Camp Hill to reach the title game. 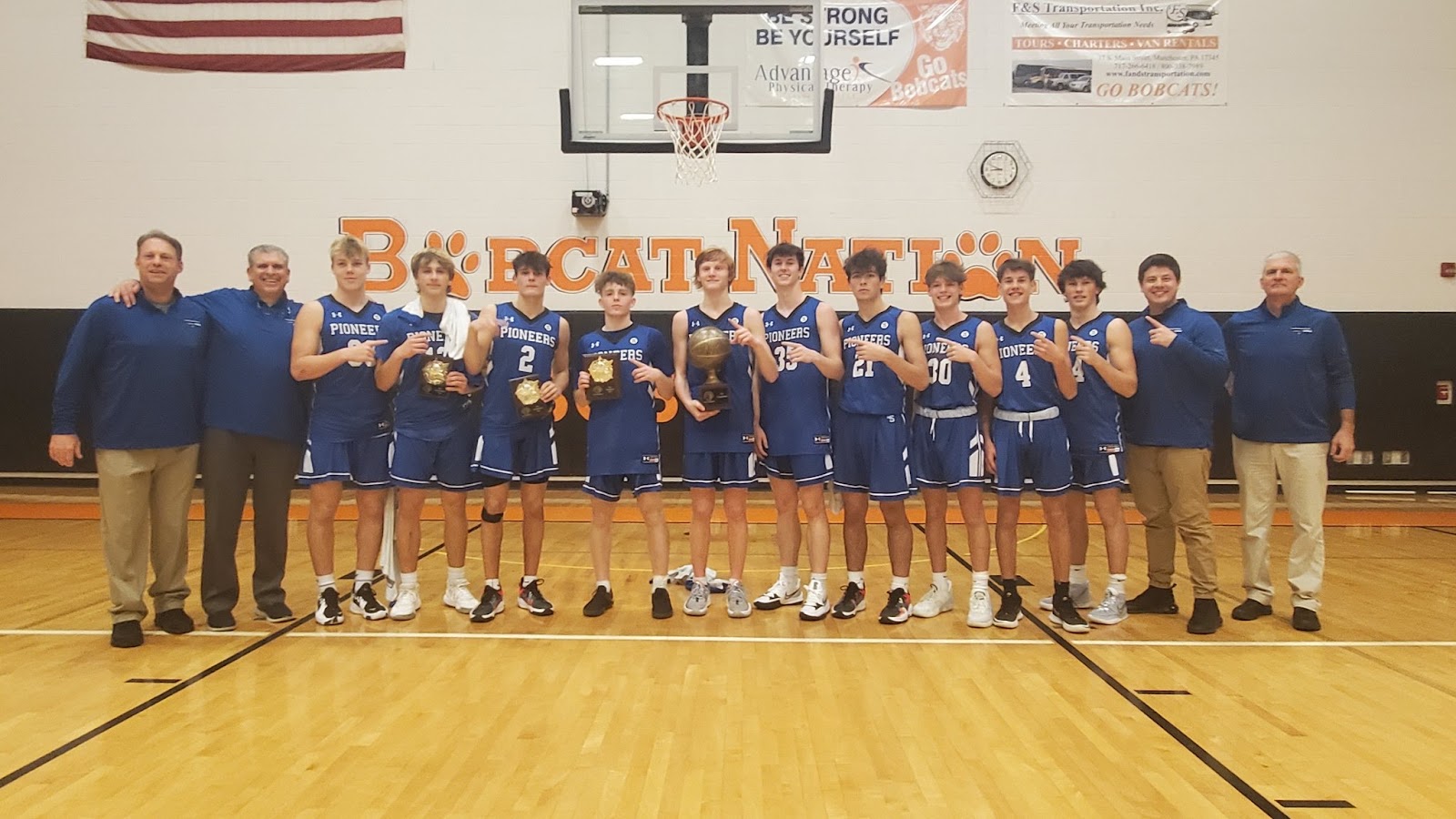 The Pioneers started the title game off with a 3-point barrage, jumping out to an 11-3 lead which turned into an 18-9 lead by the end of the first quarter. Berkeley Wagner was the star of the first half, scoring 13 points and leading the Pioneers to a 28-19 advantage at the break.

Stud sophomore Ty Burton dominated the 3rd quarter, recording 12 points including three triples as the Pioneers extended their lead to 45-32. L-S would coast to a stress-free 56-38 win, starting off the season 2-0 and bringing home the tip-off trophy.

Defense was the story of the night and the whole weekend for the victors. In both games, the Pioneers held their opponents to just 38 points. Following the game, Pioneer skipper Ed Berryman stated, “We know we can put the ball in the basket. If we can keep teams to under 40 points, we’ve got a good chance of winning most games.”

Burton would stick with a similar theme. “I feel like it really started with the intensity on defense, rebounding, you know Berkeley (Wagner) basically holding that guy (Karron Mallory) to two points in the second half,”.

Wagner and Isaiah Parido were named to the all-tournament team. Burton was named the MVP, scoring a combined 47 points over the two games. The Pioneers will host Manheim Central on Thursday in what could be one of the biggest games of the season for both teams. They’ll then take a short trip to Quarryville on Friday to knock horns with the Golden Mules.