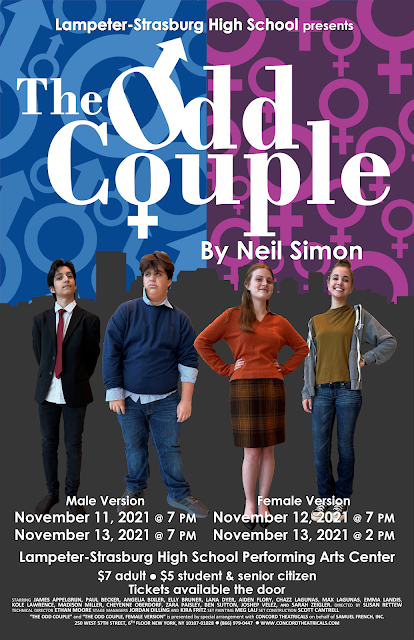 Tickets are $7 for adults and $5 for students and seniors. All tickets are general admission and will be sold at the door. Doors open one hour before each performance.

The original play premiered on Broadway in 1964 and resulted in a movie and a popular 1970s television series. Simon revised the play to feature a female cast in 1985 to create The Female Odd Couple. L-S High School’s run includes two performances each of the male and female plays. 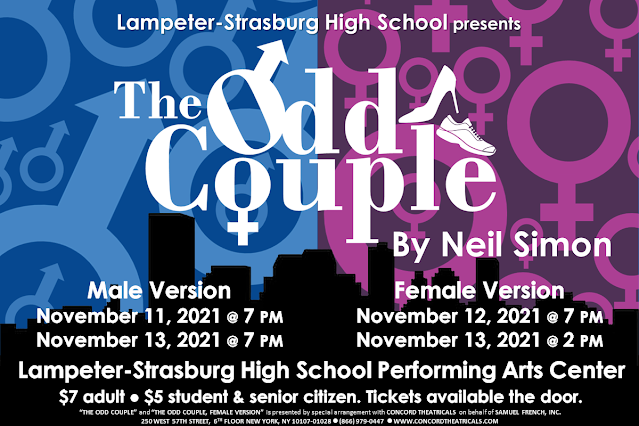 The Odd Couple follows the adventures of Felix Ungar and Oscar Madison, Felix is neat and critical while Oscar is messy and irresponsible. Hijinks ensue and each man learns about the positive effects the other has on him. The Female Odd Couple is based on the same story with characters named Florence Ungar and Olive Madison. The male version includes a poker game with friends while the female version switches it up to a game of Trivial Pursuit.

Learn More About the Cast and Crew by Reading the Playbill
The playbill is a live document and will be updated through the time of performance.