The last time these two teams faced off, it was fireworks. Seth Beers scored 25 points as the Pioneers downed the Blazers in overtime. The Blazers came into the game with a 2-2 record, defeating Conestoga Valley and Annville-Cleona. 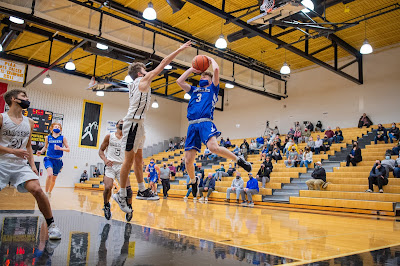 It was a tightly contested first quarter, with Jaeden McFadden and Tyler Burton doing the scoring for their respective teams. Both finished the first quarter with 7 points. The Blazers played aggressively, recording 6 team fouls in the first quarter alone. The Pioneers held a 9-8 advantage after the first 8 minutes of play.

Burton continued to play well in the second quarter, adding 7 more points to bring his scoring total to 14. The Blazers moved the ball around well offensively, with Camden Hurst and Cole Fisher being the main scoring contributors. Ben Wert played well defensively, recording a pair of steals that immediately led to baskets on the other end of the floor. At halftime, the Pioneers led by a score of 27-24. 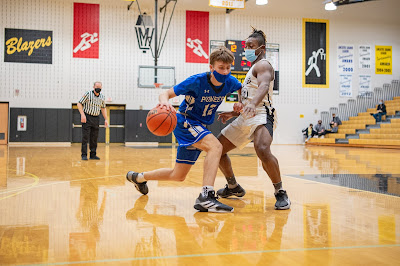 The Pioneers took control of the game in the third quarter, knocking down seemingly every shot and playing good defense to match. Luka Vranich played particularly well, recording most of his 8 points and 8 rebounds in the third quarter. The stellar play from the Pioneers granted them a 51-35 lead going into the final 8 minutes of play. In the fourth quarter, the Pioneers continued to play well and extended their lead to 20 points. The Pioneers won the game by a score of 70-50. 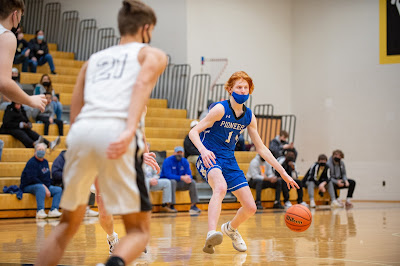 Tyler Burton: Just another casual 20 point night from Burton, who is averaging around 23 points per game so far this season. Burton shot 45% on the night from the field, and also knocked down 3 treys.

Jaeden McFadden: McFadden did everything for the Blazers, recording 6 assists, 4 rebounds, and 3 steals to go along with a team-high 17 points. McFadden was also a bright spot efficiency-wise, shooting at a 50% clip on a team that shot 31% as a whole. 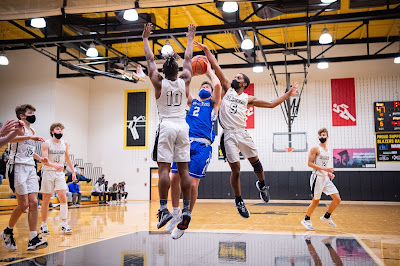 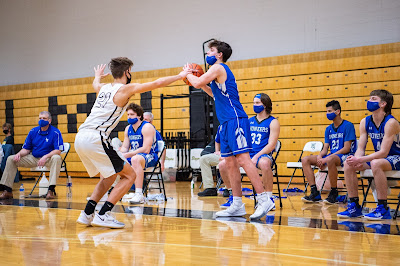 The JV game resulted in a 57-39 victory for the Pioneers. The Varsity team moves to 4-0 and will head to Denver Thursday night for a match-up with the Cocalico Eagles. The winner of that showdown will take sole possession of the Section 3 lead. As for the Blazers, they fall to 2-3 and will host Lancaster Country Day on Wednesday. In other high school basketball news, the PIAA District III committee made its decision on what the playoffs will look like in a pandemic-stricken season. The normal amount of teams will qualify, but there will be no consolation bracket, and only the winner of the tournament will qualify for the PIAA playoffs.