After a tough loss Thursday night against Cocalico, the Pioneers returned home to take on the Manheim Central Barons. The Barons entered the game with a record of 5-2 overall and a 2-2 record within Section 3. The Pioneers defeated the Barons 59-56 earlier in the season, with Tyler Burton and Isaiah Parido scoring a combined 30 points. 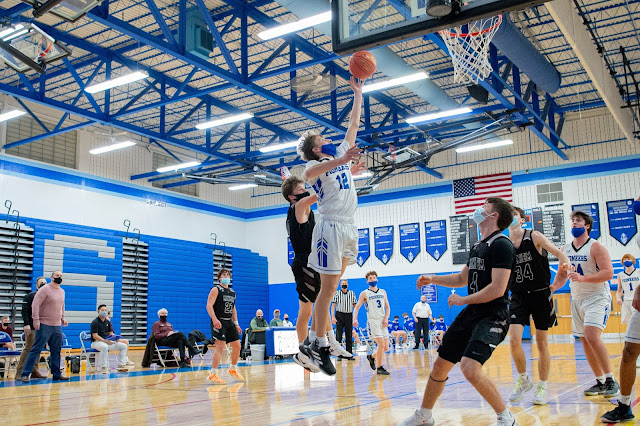 The first quarter was an exciting one, with both the Pioneers and the Barons moving the ball around very well and getting open shots. The Pioneers in particular were very tenacious in their approach, fighting for offensive rebounds and recording 7 assists in the first 8 minutes of the game. Going into the second quarter, the Pioneers led by a score of 21-13. 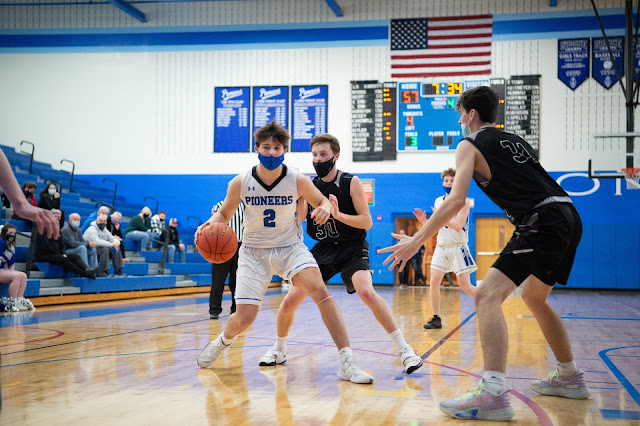 The second quarter was equally entertaining, with both teams keeping their foot on the accelerator. The usual bell cows of Tyler Burton and Trey Grube made their shots. Isaiah Parido, Ben Wert, and Nick del Grande also played well for the Pioneers in the first half. The Pioneers led 39-32 going into the break.

The offenses continued to flex their firepower in the third quarter, with three-pointers raining in from everywhere. Tyler Burton, Isaiah Parido, and Ben Wert all entered the fourth quarter with over 10 points for the Pioneers. L-S led 57-48 going into the deciding fourth quarter. 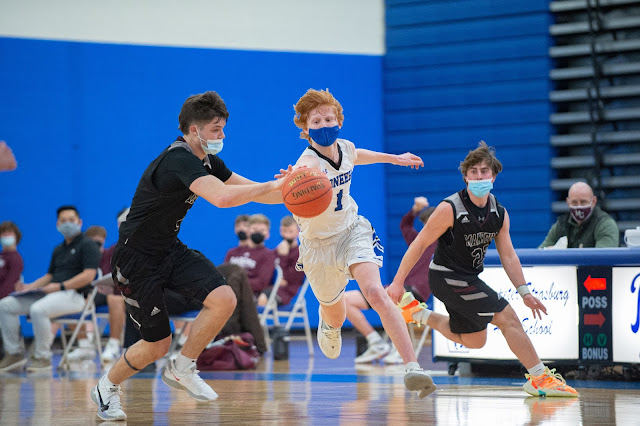 In the fourth quarter, Tyler Burton made some clutch shots to seal the win for the Pioneers. Burton finished with an outstanding career-high of 30 points after knocking down a pair of late free-throws. Cam Eberly also recorded 28 points. The Pioneers won by a score of 74-70.

Tyler Burton: I may sound like a broken record, but when Burton has nights like these, the Pioneers will be very difficult or impossible to beat. Burton was very efficient all night long, shooting 55% from the field and 33% from three-point range. Burton also facilitated the Pioneer offense very well, recording 5 assists.

Cam Eberly: Even on a high-scoring night, 28 points is still extremely impressive. While the Barons were unable to stop the high-powered offense of the Pioneers, Eberly matched Burton step-for-step.

Ben Wert: Along with Burton, Wert finished with a career-high scoring total tonight. Wert stuffed the stat sheet with 15 points, 3 three-pointers, 5 rebounds, and 2 blocks. All season long, the Pioneers have had players explode out of seemingly nowhere to have big nights. Wert is now among that group. 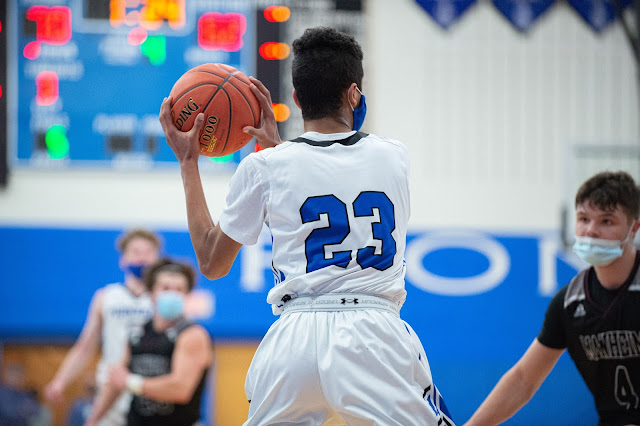 The Pioneers move to 5-1 overall and now sit firmly in 2nd place of Section 3. Next up for the Pioneers is a Thursday night trip to Quarryville for a duel with the winless Golden Mules. The Pioneers won the first match-up with the Mules 60-44 earlier this month. The Barons fall to 5-3 and will have to wait until Saturday to hit the court again, taking on the Lancaster Catholic Crusaders in a crossover match-up.