By LS Pioneer News - September 21, 2020
It had been 295 days since the Pioneers last stepped foot on the field for a competitive game, but they came out of the gates firing in a blowout 32 point win over the arch-rival Solanco Golden Mules. The Milk Jug will return home for the 2nd consecutive year, and the Pioneers have begun the season on a high note. 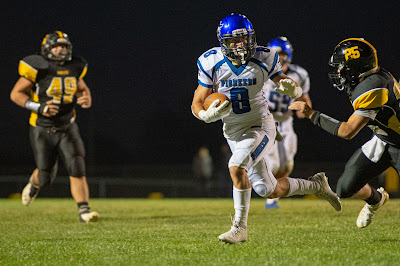 Both teams were sloppy in the opening minutes of the game, with both sides committing numerous penalties. The Golden Mules in particular made many mistakes in the first half as a whole, committing 5 penalties and giving the ball away 3 times in the first half alone. Just 3 minutes into the game, LB Nick del Grande recovered a fumble deep in Solanco territory, giving the Pioneers great field position. QB Sean McTaggart quickly put the first points of the season on the board with a 2-yard touchdown rush on a read-option play call. 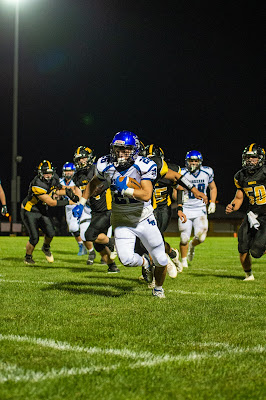 The turnovers continued for the Mules, as did the offensive onslaught for the Pioneers. Conner Nolt intercepted a Mason St.Clair pass in the Mules' red zone, leading to another TD run for McTaggart. DB Berkeley Wagner also forced a fumble in the first half, but it did not lead to anything on the offensive side of the ball. The Pioneers led by a score of 26-0 at the end of the first half, with Austin Stoltzfus and Ian Herr catching touchdown passes in the 2nd quarter. DL Parker Owens made a huge impact on the defensive side of the ball in the first half, recording 3 sacks and constantly putting pressure on Mason St.Clair to get rid of the ball quickly. 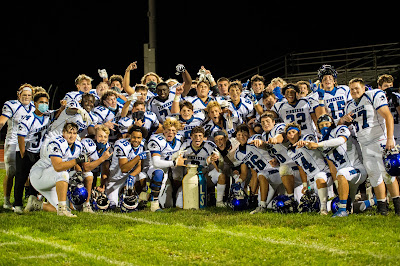 The Pioneer pass defense was tremendous throughout the second half, with Austin Stoltzfus and Conner Nolt intercepting passes in the second half. Stolzfus' interception led to a 29-yard TD run by Alex Knapp, and Nolt's interception was returned to the house to give LS a 40-0 lead over Solanco. The Mules finally put some points on the board early in the fourth quarter, with Mason St.Clair scoring on a QB keeper after a tremendous drive down the field. The game ended with a score of Pioneers 47, Golden Mules 15. Owen Fikkert and Zach Turpen punched the ball into the endzone for their respective teams in the 4th quarter.
THREE STARS:
QB Sean McTaggart: If there was any doubt that Sean would return to his sophomore-season form after his ACL/LCL tear, he put it to sleep. The senior went 7-12 with 117 passing yards and 4 total touchdowns. 2 of those touchdowns were via air, and 2 of those were using his legs.

WR/DB Austin Stoltzfus: Building off of a outstanding junior season where he was the Pioneer's top receiver, Stoltzfus made a huge impact on both the offensive and defensive sides of the ball. He intercepted a deep pass from Mason St.Clair in the 3rd quarter, and recorded his first TD reception of the campaign with 5 minutes left in the first half on a 26-yard slant route.

OLB/DB Conner Nolt: After McTaggart's unfortunate end to his junior season, Nolt took hold of duties under center and lead the Pioneer to the 4A District 3 championship. This year, with Sean back under center, Nolt had to find a new role. He is now making an impact on the defensive side of the ball, intercepting 2 passes that both lead to almost immediate scores by Sean McTaggart and company.

The Pioneers will return to action next Friday night with an away matchup against the Lebanon Cedars, while the Golden Mules head to Millersville for a bout with the Penn Manor Comets.
By Logan Moyer, LS News reporter
Photos by Jonathan Klein, LS News Editor-in-Chief
By Logan Moyer Football Football Game Solanco