By LS Pioneer News - April 01, 2019
The 2019 Garden Spot FFA Annual Awards and Recognition Banquet was held on Thursday, March 21. This evening was an opportunity for members to share achievements and show appreciation for those who have invested in our lives. 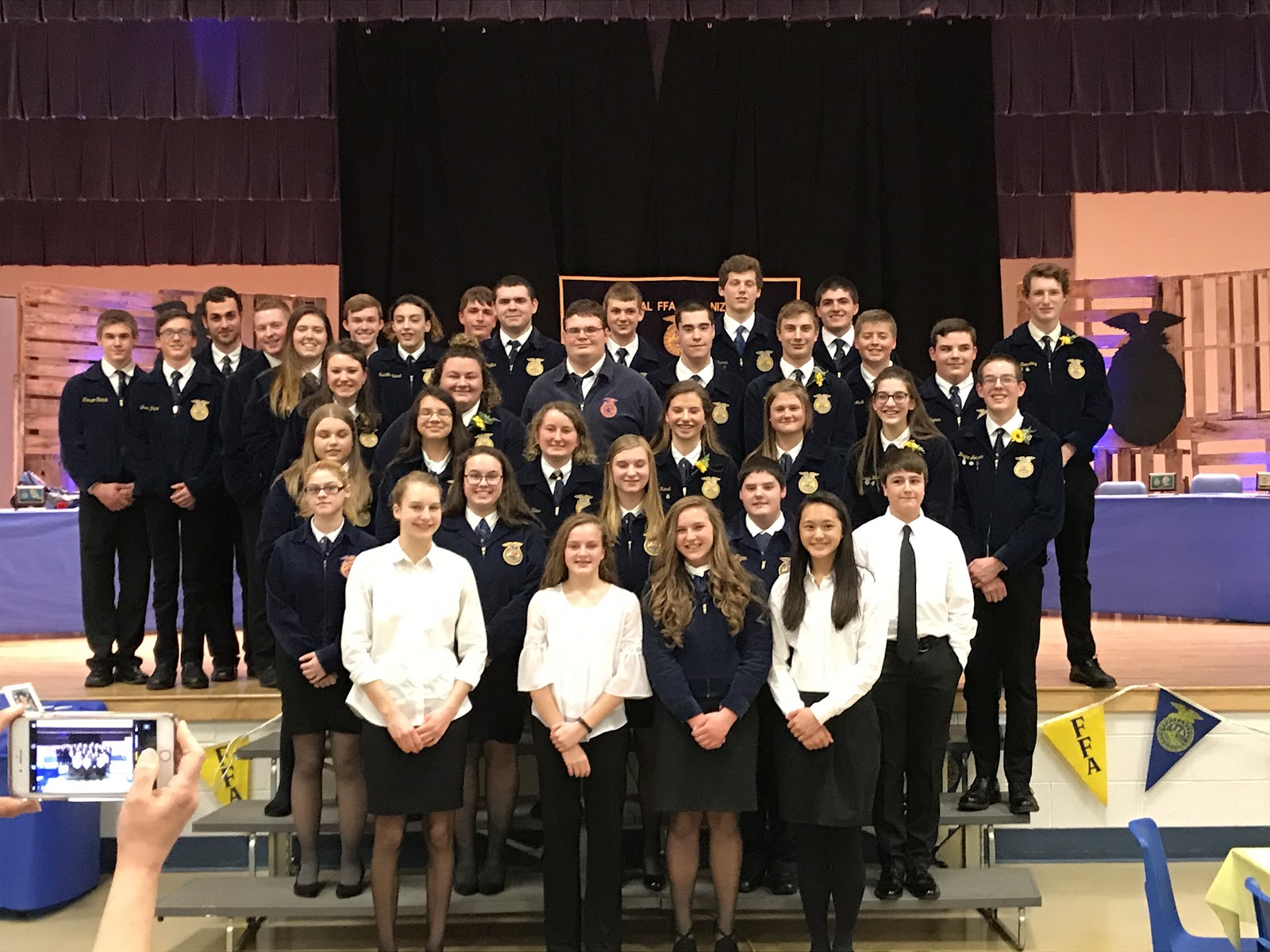 The banquet is full of awards, senior speeches, and gratitude. Members spend months preparing for the special event that is executed by the current officers and members. School administration and staff, government officials, community members, Garden Spot FFA alumni, chapter supporters, and parents are invited to celebrate the achievements of the members and those who have invested in members FFA careers.

At the annual banquet, members are awarded degrees that they applied for. The degree ladder is how members progress throughout their FFA careers. The degrees begin with middle school members and continue through alumni members. The Discovery Degree, awarded to middle school members who have attend Jr. FFA at the high school, was awarded to Jaclyn Martin, Rachel Lee, Aftin Feathers, Sarah Blount, Alexis Rohrer, and Katie Ranck.

Second-year members, Sawyer Lancaster, Bryce Johnson, John Wieland, Gwenn Spotts, and Hannah Martz, were awarded their Chapter Degree. They have participated in numerous events and kept accurate records of their Supervised Agricultural Experiences to receive this award. Members who have already received their Greenhand Degree and Chapter Degree were recognized for their Red Rose Degree. This is the Lancaster County FFA Association award for members who have been in FFA for more than 2 years and made $750 or invested 225 hours into their SAE projects. The Red Rose Degree will be awarded to Jess Herr, Gracie Hess, Stephanie Mays, Grace Hess, Danae Ranck, Jared Risser, Tyler Stoltzfus, and Tobias Leaman at the Lancaster County Banquet. Leah Welk, Bella Eckert, and Jordan Martin were recognized for earning their Keystone Degree at the PA FFA Mid-Winter Convention in January, this is the highest state FFA Degree.

A year in review video was also shown to share memories and achievements.