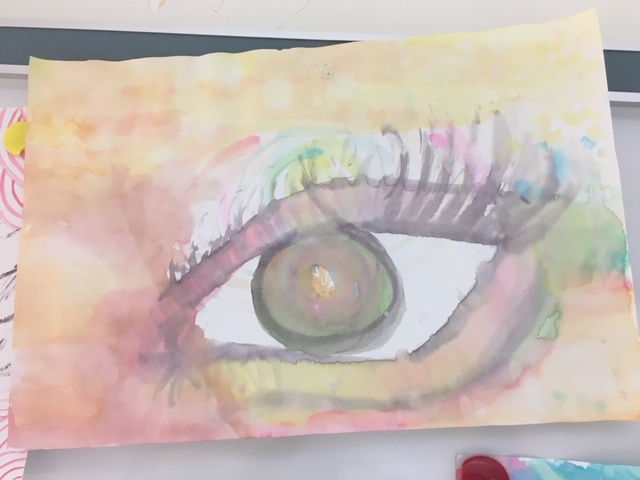 Enigma is the art and literary magazine. Staff membership is open to any interested high school student. Each year’s staff is formed at the beginning of that school year. The Enigma staff is responsible for all aspects of production, from writing and artwork selection to layout and publication tasks. Members are also required to attend Coffeehouse readings. Items intended for publication may be submitted to the faculty adviser, Mrs. Carol Allen-Gordon
Art By Laysha Cooper Enigma Enigma Weekend Edition Painting

Martin Meylin gets a female wrestler

Lampeter-Strasburg has a fantastic wrestling team. The 9th graders are on the middle school team and being a freshman so am I.

What you don't know if that I'm a girl. Now being a girl on an all-boys team is fun. Some people think that I shouldn't wrestle with boys. I disagree.

The boys, for the most part, treat me like anyone else on the team. I have grown strong and have learned a lot from wrestling. Wrestling has become a big part of my life. Some boys are stronger than me and destroy me. But it makes me better. Wrestling isn't an easy sport just in general. The benefits are worth the effort you have to put into it.

I have wanted to wrestle since fifth grade, but I never said anything about it. Then in eighth grade, Mr. Franklin talked about an all-girls wrestling team. I knew I wanted to do it. My parents agreed, and I fell in love with the sport.

I decided to join the boy's team and don't regret it.

I may not be very good at wrestling, but I love it. We …
Read more

L-S was down by four points at the end of the third quarter and continued to come back and scoring 19 points in the 4th quarter alone.