By LS Pioneer News - January 22, 2019
On Monday night the Lampeter-Strasburg Wrestling team hosted Manheim Central in Lancaster-Lebanon League Section 2 showdown. The 7-0 Pioneers were looking to prevent the two-time defending L-L Section 2 champs from making it a hat trick.  The whole match was close and had everyone in attendance on the edge of their seats.


Some people got "tech falled" (which means scoring more than 15 points against your opponent during a match), some got pinned, and some pinned their opponent. The Pioneers knew that this meet was going to be a close one, but no one anticipated that the meet, and ultimately the section title, would come down to the very last match.

This was it. The team score was 34-35 with Manheim Central winning. If the Pioneers won, they would become section champs. If they lost, many dreams were going to be shattered.

The person with the most to lose? Pioneers 106 pounder, Austin Reiff. He went onto the mat knowing that he was more than capable of winning, but he knew to keep his confidence in check. Too much confidence could make him play easy-to-get, and he could end up losing.

Throughout this last match, there were times when Manheim Central's, Uriah Warner, was winning, and sometimes Austin was winning. Both gentlemen made it apparent that they were leaving everything they had on the mat; neither would walk off with any possibility of 'what if.' Once it hit the 3rd period, Warner shot his shot by taking a shot, and in that moment of excitement, Reiff caught him in a headlock and threw Warner to his back, pinning the lightweight from Central in seconds.

The crowd went berserk, with students and parents alike rushing to the mat to congratulate the team, the coaches, and Austin. Some were a bit too excited, causing L-S to lose a point for what they determined to be "unsportsmanlike conduct." The final score was 39-35, cinching the section.

Our boys brought this home for the first time since 2002 before most of us were born. This match will go down in Pioneer Wrestling history; a piece of history that we can all claim as our own. 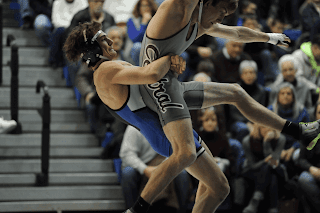 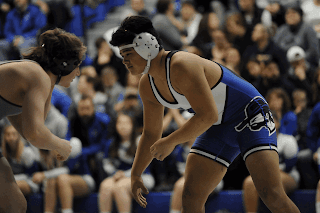 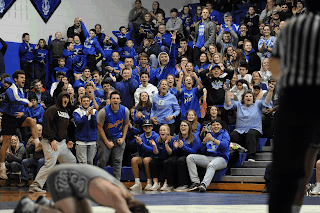 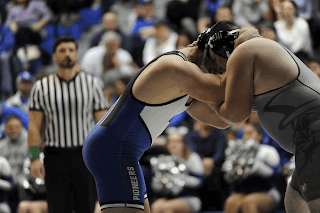 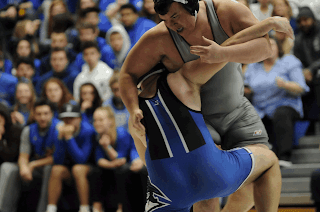 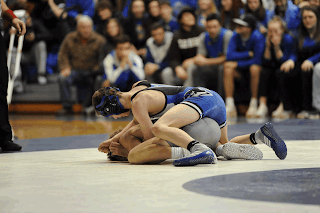 Eventually, the entire evening came down to the final match of the night with 106 pound Austin Reiff squaring off against Uriah Warner. Reiff was able to pin Warner in the third period giving the Pioneers a 39-35 victory over the Barons and their first Section 2 title since 2002. 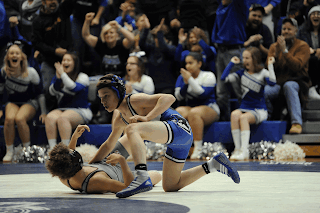 In the video below you can see Reiff making the game-winning pin.