By LS Pioneer News - October 30, 2018
Throughout the muddy three days of the fair, our members participated in events and activities around the clock. From dawn to dusk, our chapter covered the bases this September with great success. The 2018 Lampeter Fair was tons of fun for everyone involved, from setting up, exhibiting, working the food stand, and tearing it all back down-the Garden Spot FFA was there for it all! 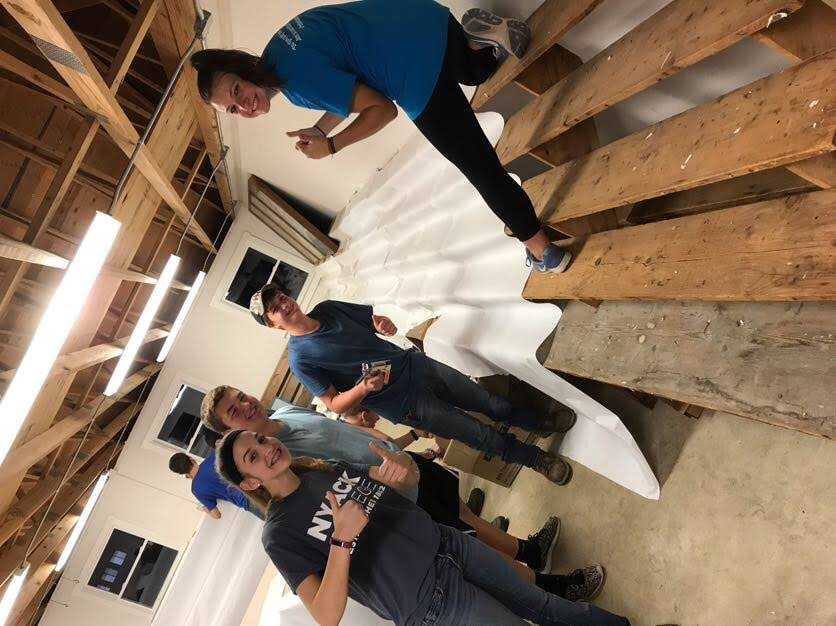 The 17th, 18th, 20th, and 24th numerous members of the Garden Spot FFA came to help the West Lampeter Community Fair Board set up what everyone saw for the next three days. Many of us brought hammers and staple guns to tackle that 4 day haul. With sweat and manpower, the team got everything done and on time too. What no one was expecting was the rain, even then our members volunteered their time before, in between, and after food stand shifts to go help spread mulch when it was down pouring. It’s safe to say the mulch “teams” saved the day. 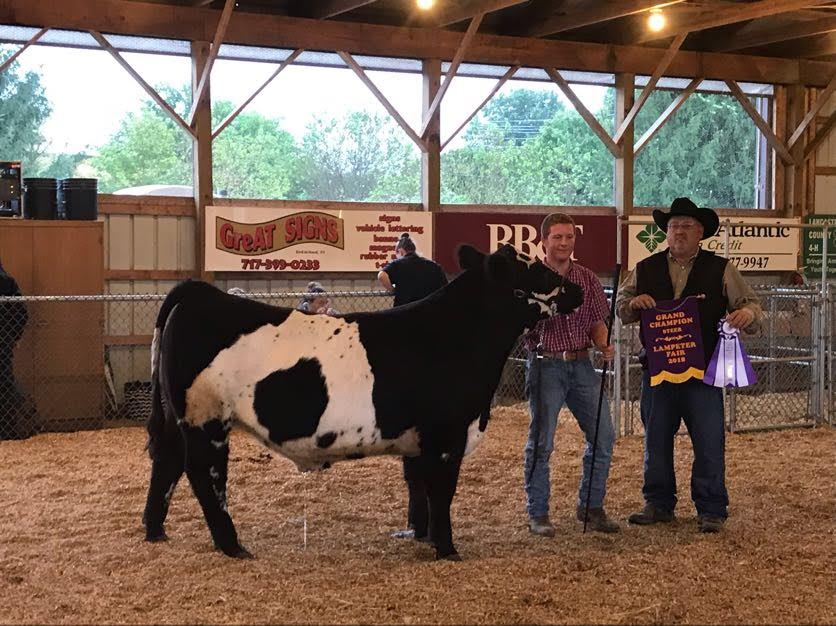 Lampeter Strasburg, Penn Manor, Pequea Valley, Lancaster County CTC, and Lancaster Mennonite School upperclassmen all took Thursday off to come to the fair. Here students judged various livestock that could be seen at the fair for much of the day. At the end of judging students were shown ideal characteristics of each particular animal, and what was unappealing to judges. After a hearty lunch break, everyone gathered in the ring to participate in school on school tug of war! Teams worked around muddy spots digging their boots into what they could to get a grip, brown jeans became a trend that afternoon. Next, teams competed in games such as log saw, corn hole, corn shucking, and ring toss until the end of the day. 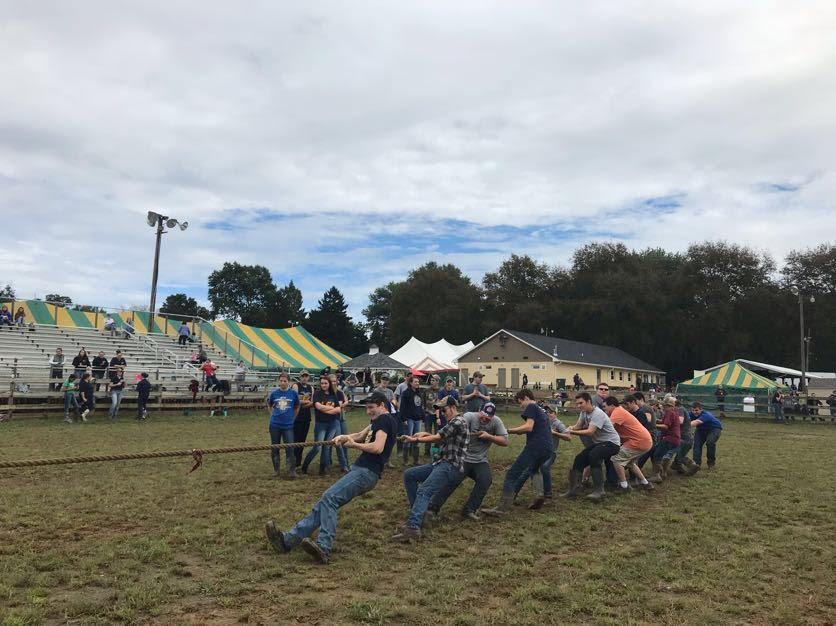 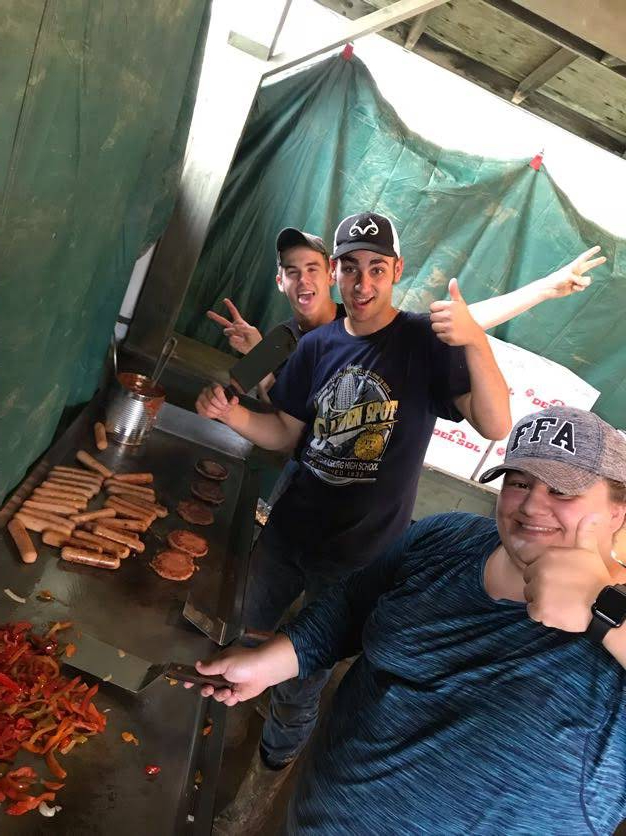 Our food stand was overflowing with participants, in total 47 members worked throughout the three wet days. From 8am to 10:30pm we divided and conquered shifts and required tasks to make our FFA food stand run like a well oiled machine. The first two days of the fair were pretty steady because of the rain, but Friday was dry and the people were hungry! Our stand was selling sausages like hot cakes, and ham loafs like sausages! It takes well equipped team of people to dish out food like the Garden Spot FFA, and fortunately we are the Garden Spot FFA. No doubt about it, our members were definitely living to serve.