By LS Pioneer News - April 11, 2018
Saturday evening held many long faces in the Out of the Box Robotics (OBX) pit at East Super Regionals. After nine matches OBX ranked 17th in their division, not high enough to win them the right to be an alliance team captain, a privilege provided to only the top four ranking teams in any one tournament.
Things took a turn for the better however Sunday morning when the third place alliance captain chose OBX as their first pick, OBX would be advancing. Four alliances each consisting of three teams advanced to the division final rounds.

The rounds consist of a two team alliance against another alliance in a best of three matches sudden elimination. The OBX alliance won the first two matches of both the semi and final round making them the Tesla division alliance champion of the East Super Regional qualifier, a title that comes with a bid to the world championship in Detroit.

The division final round was very close however the OBX alliance came out on the losing end to the Hopper division champion. The tournament in Scranton, PA was attended by several thousand from Maine to West VA and streamed live on the internet to tens of thousands more watching around the world. Lander would like to improve upon the glyph out-take mechanism, "...we spent too much time trying to get glyphs into the crypto-box"..."if we shave off 10 seconds, maybe more, we will have more time for scoring other challenges at worlds.

You can watch a recording on the actual competition here.
Lander Hollsinger Out of the Box Robotics Robotics 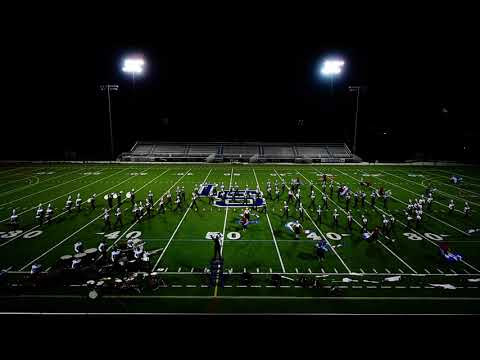