By LS Pioneer News - February 16, 2018
Lampeter-Strasburg has produced numerous ambitious alumni with bright futures ahead of them, but has there been an L-S alumni that has ran for position of governor?

Until now the answer has been no. 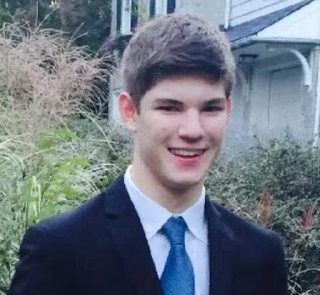 Conner Shelton, a graduate from last year’s class of 2017, started his campaign towards becoming the next governor of Kansas on February 13, 2018. Shelton discovered, along with many surprised Kansans, the requirements to run for the position of governor in the state of Kansas: nothing aside from being human. Nothing else.

There’s no age requirement, no need to be registered to vote and, most importantly in Shelton’s case, there is no residency requirement. As the 18-year-old Conner Shelton is currently a college student attending University of Delaware for Chemical Engineering, he isn’t the first candidate that would pop into the general public’s eye when they think of an ideal governor. This isn’t stopping him from running as an Independent candidate. With the help of his advisors and publicists such as myself, bringing Kansas towards a path to prosperity and a brighter future.

Soon after officially filing to run in the 2018 Kansas gubernatorial race, Conner was offered an interview with The Topeka Capital-Journal, a legitimate news site in Kansas, to talk about his opinion on him being able to run and his political stances. Here’s the link to the article.

It’s apparent that Conner Shelton will probably not become the next governor of Kansas but, because of a bored college student, there’s commotion going on about politics in Kansas. He possibly might not be able to bring a brighter future through winning the race, but Conner Shelton has already helped Kansas by bringing light to a problem in their candidacy requirements.