In My Own Words: Preparing for Our First Competition

In this installment of In My Own Words, Lauren Powell talks about twirling fire on her competitive twirling team.

We have four weeks until our first baton competition of the season. The other girls and I who are on the competitive and Disney teams have been working hard since this the end of July to premier our new routines for the season. 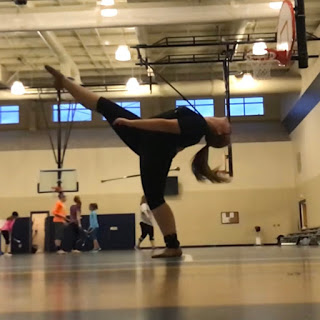 I have been twirling with Melanie's Miracles since I was in first grade. Two years ago we took three routines to Twirl Mania in Disney World and last year we stared a Competition Team that competes in more competitions than regular class routines do.

This year we have three Competition Team routines of which two of them are traveling to compete in Disney. These routines go to five competitions except for the Disney team which goes to the Disney competition. Two of these competitions all of the regular classes also go to.

I asked some of the elite twirlers what they were excited for this season. Two said that they were most excited to go to Disney and compete at Twirl Mania. I also interviewed a former twirler, Jasmine Thompson, about what she missed the most. She said," FFIIIIIIIRRRRRRREEEEE! Oh and Disney. Duh. What else? plus friends. But I see most of them a school anyway. So no harm done."

Freshmen Kamie Dombrowski is also on the team. Here's a video of her twirling fire.

There are six classes with Melanie's Miracles each at a different level. These levels consist of; tiny tots, beginner, experienced, intermediate, advanced, and elite. The ages of the current twirlers are from anywhere between three and fifteen. 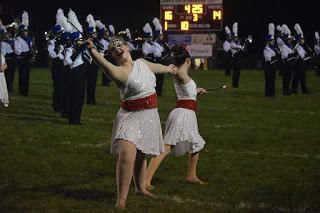 I think that all of my team mates and I are preparing to make out first performance as good as our last. We are all very excited to perform together and become better twirlers together. This team is honestly a great thing to be a part of.

In My Own Words is a first person written series that highlights Lampeter-Strasburg High School students activities.
By Lauren Powell Disney World Fire In My Own Words Twirling