By LS Pioneer News - November 08, 2017
The final preparations are being made for Lampeter-Strasburg High School’s Fall Play, The Somewhat True Tale of Robin Hood, which will take place on November 9, 10, and 11. With only a day until the opening performance, I decided to sit down and talk to the play’s director, Mrs. Susan Rettew, who couldn’t be more excited for the show. 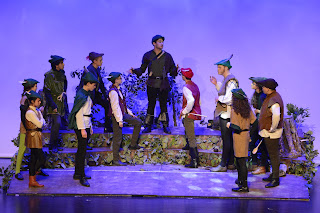 Mrs. Rettew, an English teacher here at the high school, stated that she is, “feeling enthusiastic about the show”.

By just talking to her, I could feel her eagerness for the play. To get to know Mrs. Rettew, I began by asking her exactly why she was a director. 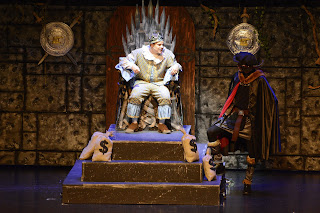 She stated, “I enjoy working with the students in this building in a different capacity and environment. I love the enthusiasm of the kids and enjoy seeing quiet kids in a different light.” 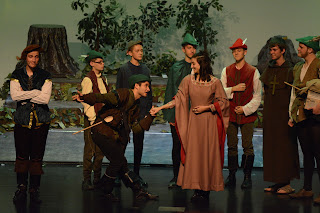 Mrs. Rettew also put an emphasis on that fact that The Somewhat True Tale of Robin Hood is going to be a different show than productions L-S has done in the past. Mrs. Rettew told me this play will be “more ridiculous” than others, so be ready to laugh. Additionally, there will be more audience participation and pop culture references than ever before. “I am very confident in my cast,” Mrs. Rettew stated. She knows her cast will be able to carry out these new aspects of the production and please the crowd. 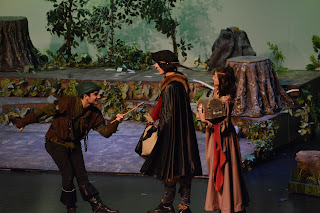 Additionally, the show this year is aimed at a younger audience. “It’s a family-friendly comedy along the lines of Monty Python.” Mrs. Rettew told me when I asked her what kind of show The Somewhat True Tale of Robin Hood is. “The actors and actresses in the play will all be speaking in a British accent!” The Saturday matinee which is, once again, new this year, was added so that younger kids can come see the show at a more convenient time.
On an even more interesting note, Mrs. Rettew mentioned that the author of the play, Mary Lynn Dobson, actually reached out to our own Mr. Adam Zurn, who is in charge of the set construction for the play. She sent him and the cast a “break-a-leg” note after seeing one of Mr. Zurn’s blog post about the production online. Hopefully, this is the cast’s good luck charm.

Today, Lampeter, Hans Herr, and high school students got to see a teaser of the show, which is something that the annual fall play has never done before. The elementary teaser was held this morning at 9:30 am. At 2 pm all high school students will gather in the PAC to see a snippet of the show. The cast and crew is excited, and so are all of the students.
Mrs. Rettew, who is “uber confident” that everyone will enjoy the show, and I hope you can come see the play. Here are the dates and times of the shows:

Performances will in the Lampeter-Strasburg High School Performing Arts Center on November 9, 10, and 11 at 7 pm with a special matinee performance on Saturday, November 11 at 2 pm. At Saturday's matinee, the first 300 people will get free Robin Hood archer's caps. In addition, free limited edition Robin Hood coloring books will be available every night for all children in attendance. 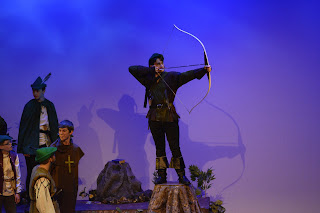 Tickets can be purchased in the high school main office from 2-4 pm, now until Friday November 10. Tickets can also be purchased at the door prior to all performances one hour before the show.

Mrs. Rettew is aiming for a larger audience this year. We hope you can come out, see the show, and support the cast!